Ray Romero, assistant Spanish professor, and student Holly Vernon were featured in the newspaper 'El Amaneser,' which serves the Judeo-Spanish community in Istanbul.

The paper dedicated two pages to the third annual Judeo-Spanish Symposium at UCLA March 5-6 and included blurbs and pictures from Romero and Vernon's presentations.

"Holly is an undergrad and an excellent scholar. She learned how to read the Spanish language in the Hebrew script and collected data on language attitudes and preservation using a Sephardic newspaper from New York city as her primary source," Romero said. 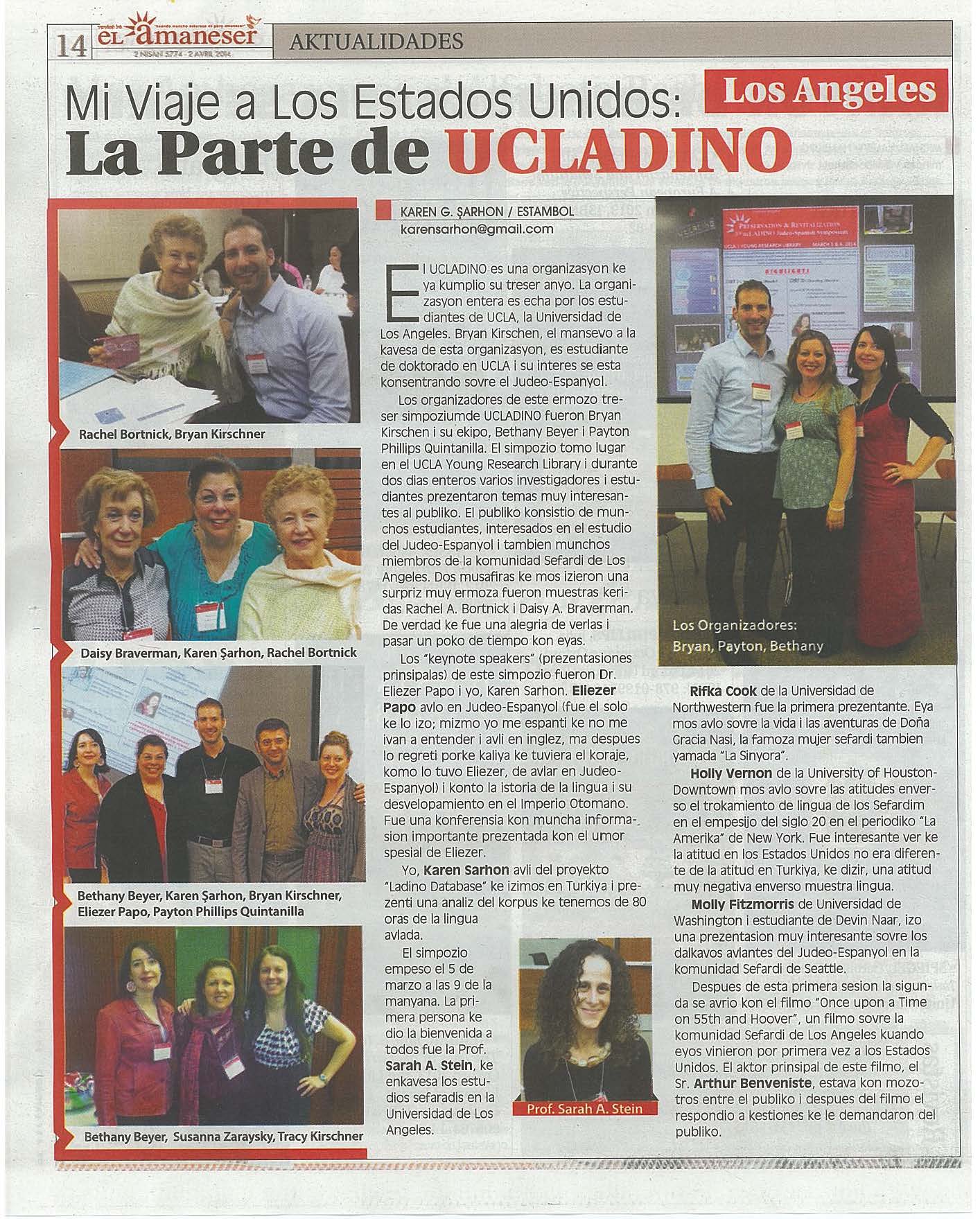 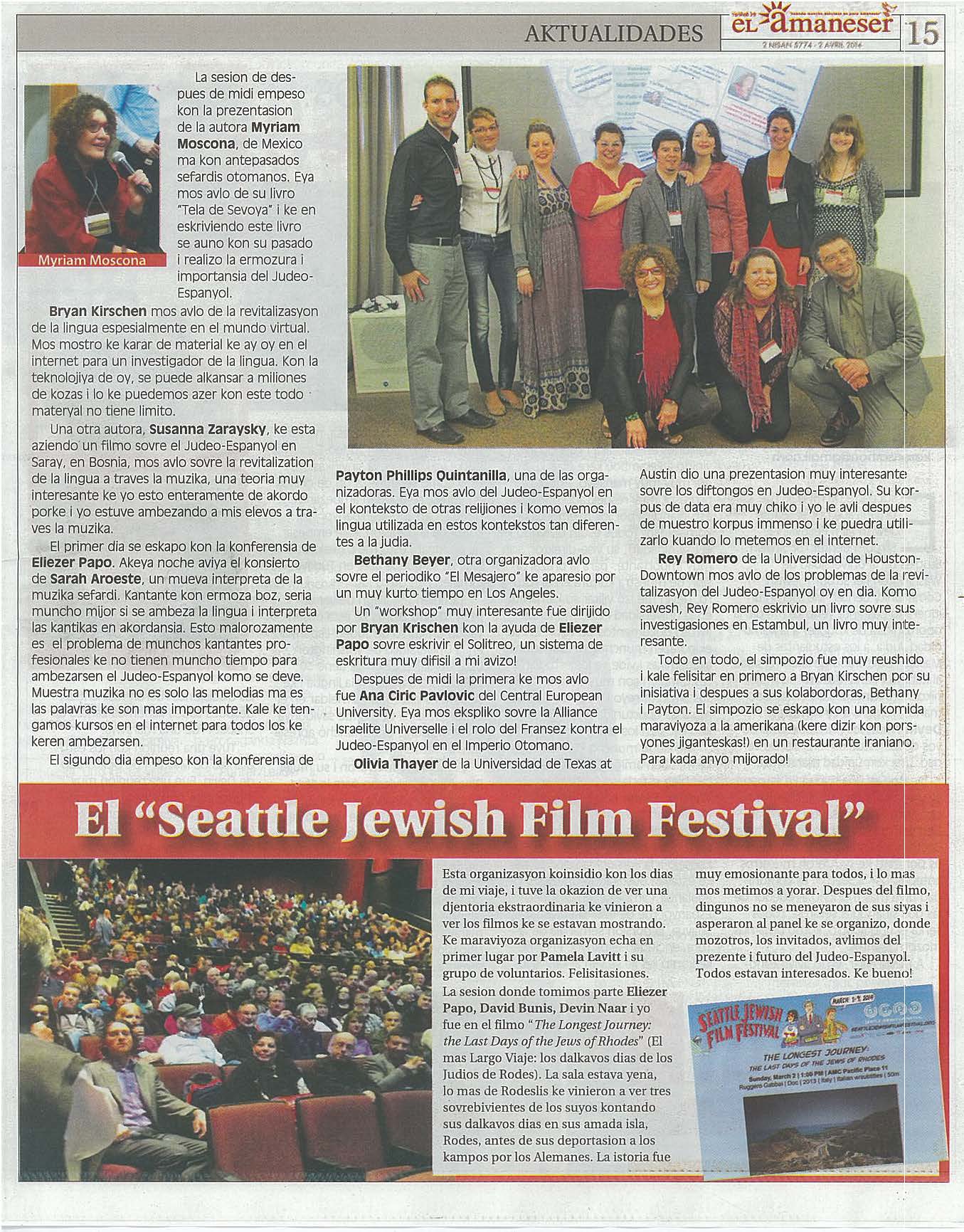