Animal rights lawyers and activists from the United States and China convened at the University of Houston-Downtown (UHD) late last week to review existing animal protection legislation and advocate for additional reform to protect animal welfare across the globe.

The one-day event, organized by UHD, Northwest China University of Politics and Law, and the South Texas College of Law, was the first of its kind dedicated to raising awareness about animal cruelty and the need for more stringent legislation to curb inhumane animal treatment in both the U.S. and China.

"Animal cruelty is not a problem unique to any country, it is a global challenge," said Peter Li, Ph.D., associate professor of social sciences at UHD and internationally renowned animal rights advocate. "Since the U.S. and China occupy influential positions in the world, progress in animal protection in both countries has significance that transcends the American and Chinese boundaries."

Both the U.S. and China face similar challenges in legislating animal protection. Some of these barriers include limited protection for animals, law enforcement deficiency, resistance from both countries' businesses to animal protection legislation, and huge demand for wildlife products that threaten species such as African elephants.

During the forum, Chris Green, San Francisco attorney and director of legislative affairs at the Animal Legal Defense Fund, noted, "The single-child generation in China is already seeking emotional support from companion animals and this phenomenon will surely encourage people to pay attention to the welfare of other animals."

Sun Jiang, environmental law professor and director of the Animal Protection Research Center at Northwest China University of Politics and Law, told forum attendees that legislation to regulate human-animal relations in China should not be postponed. As a member of the drafting committee of China's scholarly proposal on animal protection law, Sun shared that international exchanges on animal protection, increasing activism of the animal protection community, and the Chinese government's own initiatives are important factors that he hopes will contribute to positive policy change on the Chinese mainland.

Fran Ortiz, South Texas College of Law professor, reminded attendees that the U.S. has much room for improvement in protecting animals used in experimentation. She highlighted the fact that current animal testing in the U.S. exposes approximately 25 million animals to brutal and unnecessary tests, and that all countries should move toward non-animal alternative tests.

Other scholars strongly advocated against concentrated animal feeding operations and for enhancing owner responsibility in animal protection, protection-oriented wildlife legislation, and the use of special prosecutors in animal abuse cases.

At the conclusion of the forum, Ed Hugetz, UHD interim senior vice president of academic affairs and provost, and Wang Shirong, Ph.D., assistant to the president of Northwest China University of Politics and Law, signed a memorandum of understanding on behalf of their institutions to establish future research and teaching exchanges for faculty and students. 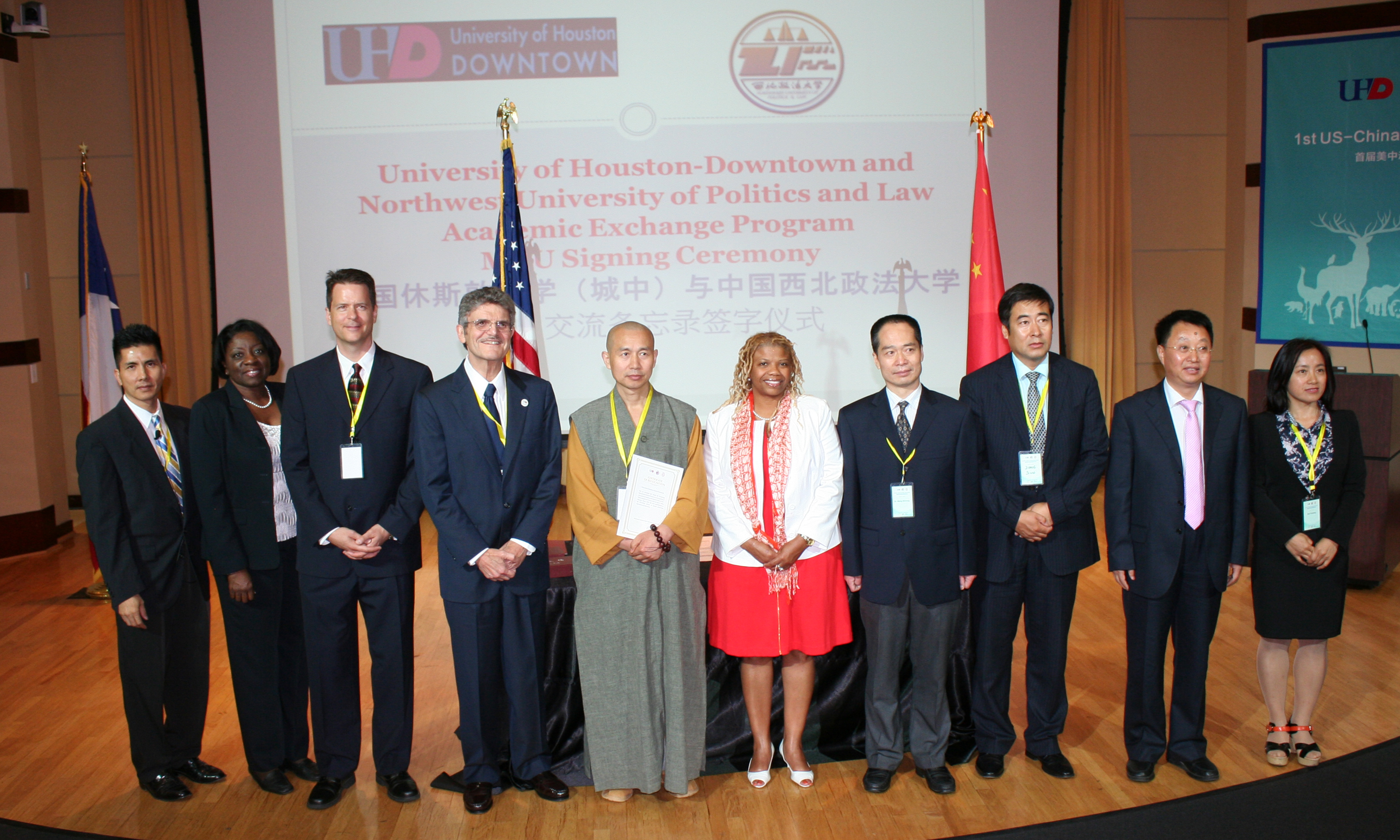 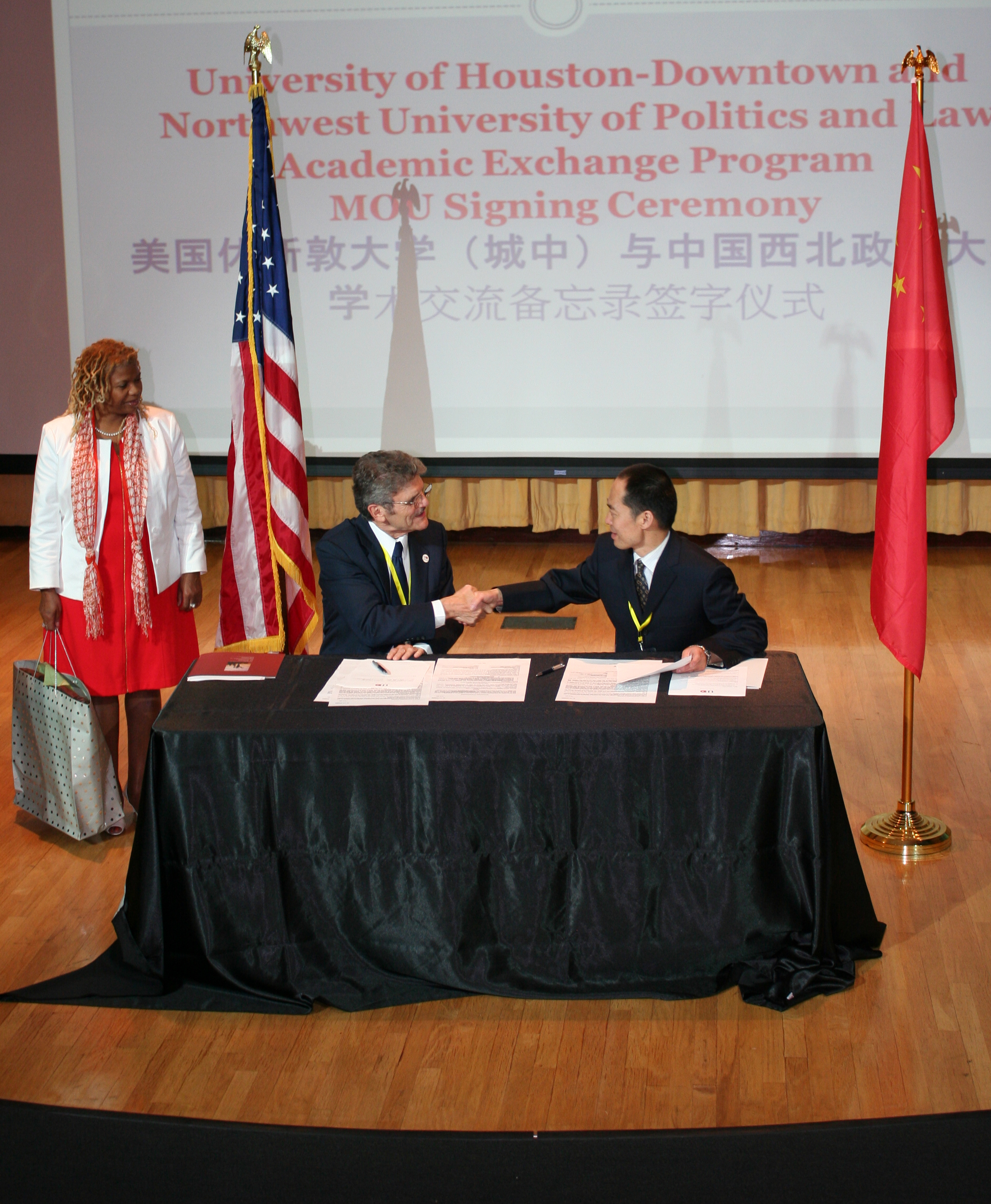