More than 1,000 students participated in the University of Houston-Downtown's 54th commencement ceremony this weekend at Minute Maid Park in front of approximately 16,000 friends and family members.

President Flores recognized the many veterans, honors students, parents, students who were the first in their families to attend college, and graduates who worked more than 30 hours while earning their degrees.

Dr. Flores quoted Nelson Mandela who said, "Education is the most powerful weapon which you can use to change the world." He encouraged the graduates to use the education they received at UHD and their own unique talents to institute lasting change in their communities.

Dr. Flores recognized a special magna cum laude graduate who refused to let blindness cloud her vision of a college degree. He shared that Alma Balleza, 51, made a promise to her three boys when they were young that she would attend college with them. After working for the same insurance company for 35 years, Balleza returned to UHD to complete her degree in criminal justice. While studying for classes - and even arranging transportation to the University - were continual challenges for her, Balleza never let her visual impairment impede her educational goal. Last Saturday, Balleza had the pleasure of participating in the commencement ceremony in front of her son, mother and other family members.

He also recognized graduating student Adolfo Lara, who recently was accepted into one of the nation's most prestigious doctoral programs in comparative biology and genetics in New York City. While at UHD, Lara was an active participant in Scholars Academy and served as president of the Student Health Professions Organization. He received the Minority Access to Research Careers - or MARC - grant and completed an internship last summer at the American Museum of Natural History in New York. Lara now will begin his doctoral studies at this museum, one of the few in the country to offer a Ph.D. program in a museum setting.

Another graduate, David Slaughter, represented his graduating class and provided inspiring advice as the student commencement speaker. He encouraged his classmates to define themselves, do their best and seek out their own doors of opportunity.

Dr. Flores concluded the commencement ceremony by officially conferring degrees to the graduates and congratulating them for their accomplishment. 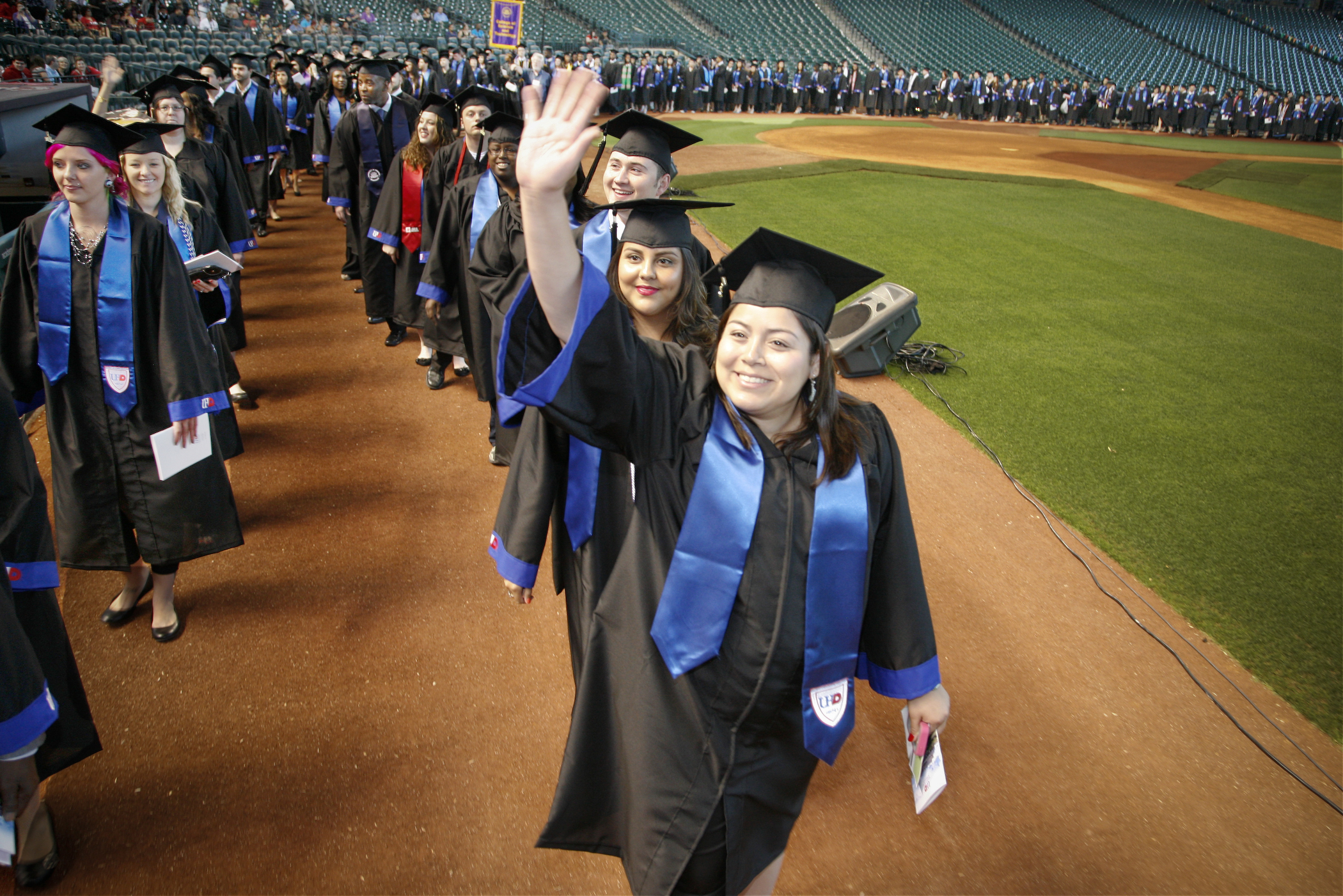