Last week, UHD hosted over 100 guests for the Citizenship Month Kickoff Luncheon at the Willow Street Pump Station, an event that serves to create awareness and raise funds for Citizenship Month, which is celebrated each year during the month of November.

President Flores highlighted the University's dedication to community service during his address, saying, "UHD closely mirrors Houston's diverse community. We encourage students, and our staff and faculty to work to make Houston a better place and to address the societal problems that affect our city - such as homelessness, poverty, hunger and environmental issues." He stressed that "civic engagement and community service are at the heart and soul of UHD." He also tied the event to UHD's 40th Anniversary and to the strong support which UHD has built over the years.

Also in attendance was Benito Juarez, City of Houston's Office of Immigrant and Refugee Affairs, faith-based organizations, members of the media and surrounding community, and Citizenship Month committee members.

During the program, a UHD student and Cuban refugee, Naiyolis Palomo, shared her touching story of her journey from Cuba to the United States with attendees.

This event kicks off the City of Houston's Citizenship Month 2014 season, for which UHD is a primary sponsor, and was coordinated by the UHD Center for Public Service and Family Strengths. 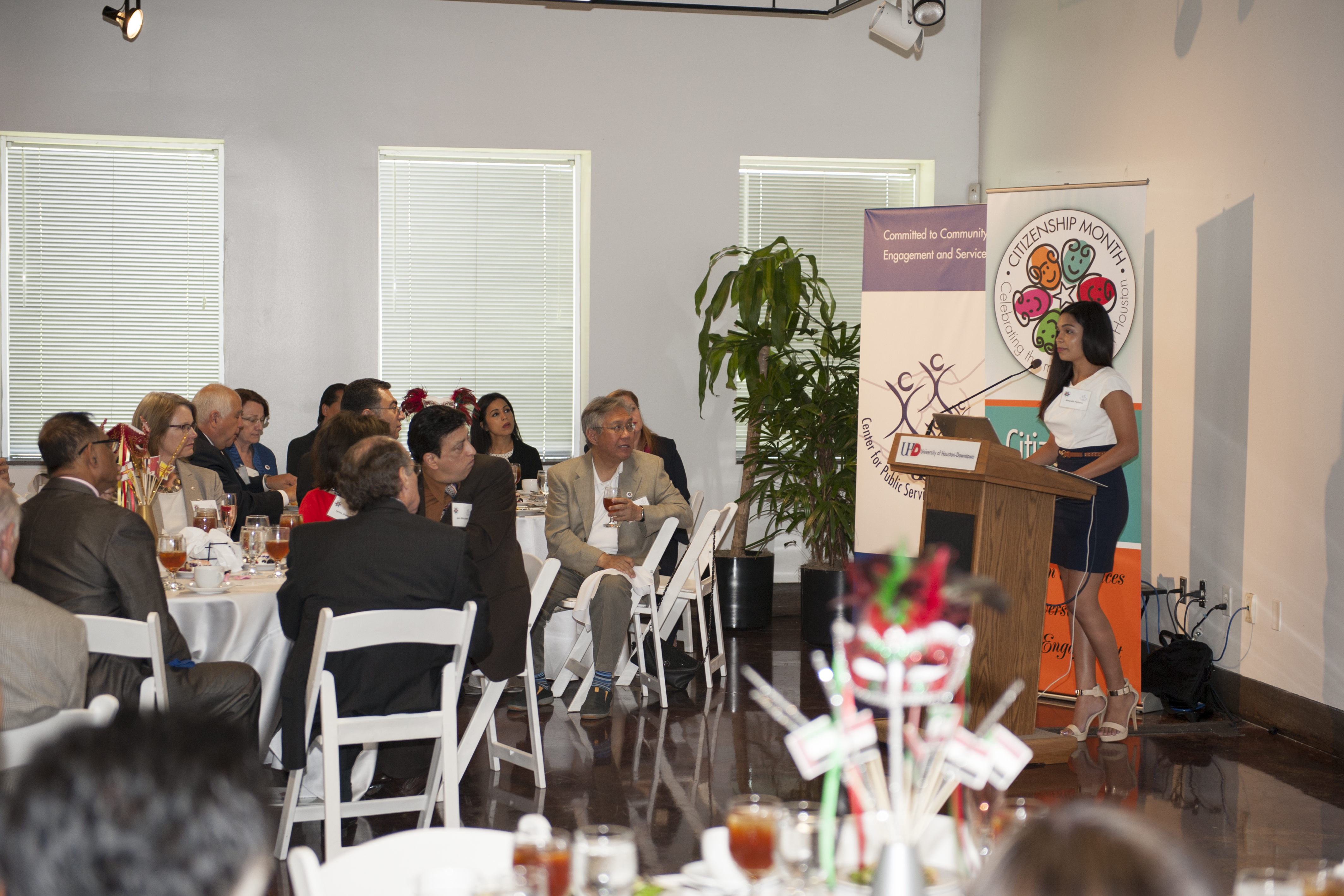 Cuban refugee and UHD student Naiyolis Palomo addresses the Luncheon attendees with a heartwarming story about her journey from Cuba to the United States. 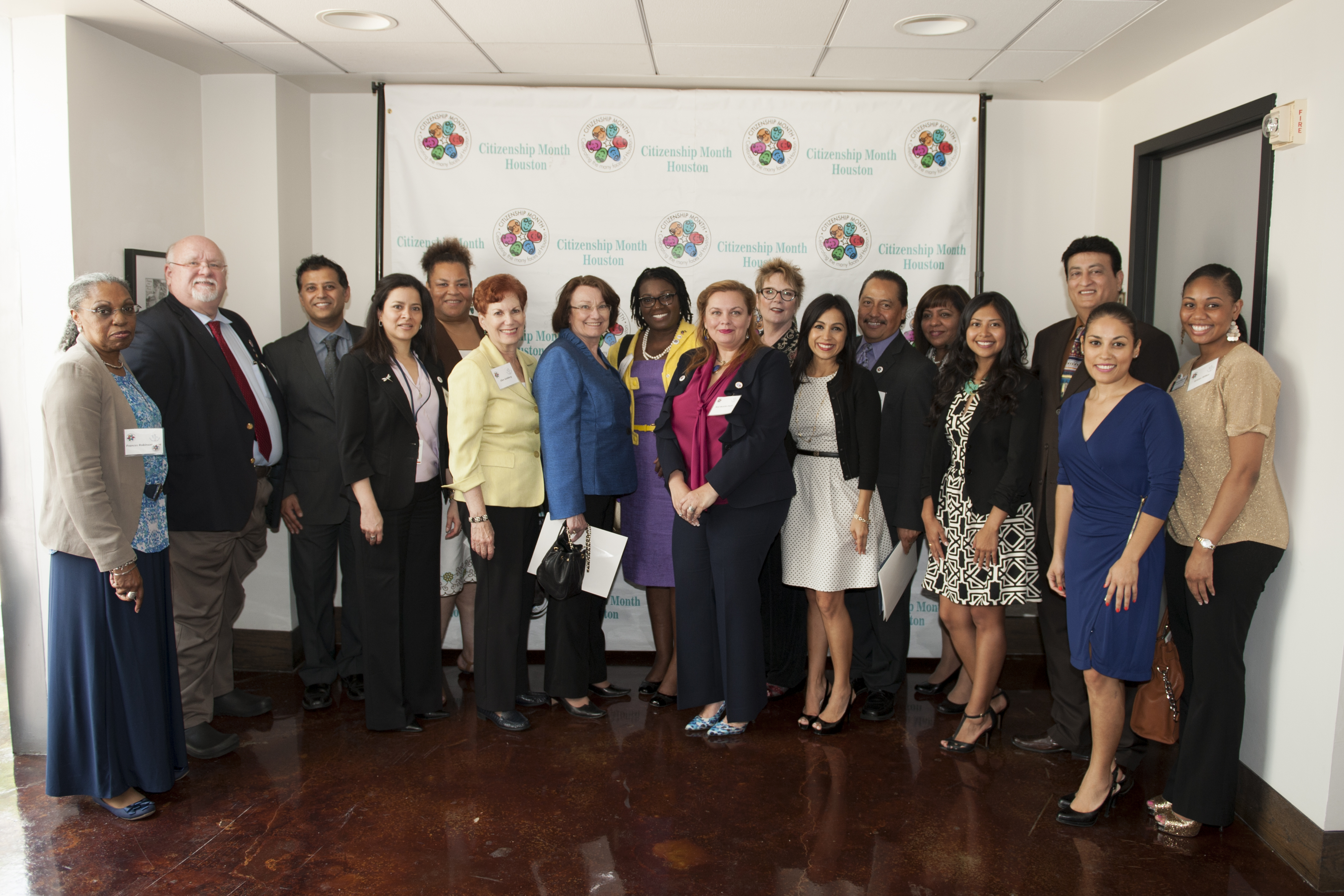