History students from the Walter Prescott Webb Historical Society and an African-American history course recently toured the archeological remnants of Camp Logan, the World War I-era military training camp located in today's Memorial Park. The tour was conducted by Linda Gorski and Louis Aulbach, president and vice president respectively of the Houston Archeological Society. The students, accompanied by UHD history professor José E. Alvarez and two local archeologists, hiked into the woods to see what remains of the Army camp, which was built in 1917 to train soldiers in preparation for being shipped overseas.

The students were able to see the concrete foundations of the showers and hot water boilers, as well as the sewage ditches and the area where the horses and mules were stabled. In addition, the students also received a history lesson about the building of Camp Logan, the "Buffalo Soldiers" (24th Infantry Regiment) who guarded it in the beginning, and the Illinois National Guard unit (33rd Infantry Division), which trained there.

Camp Logan, which included a rifle range along Gessner Road and an artillery range in today's Addicks Reservoir, encompassed 9,560 acres of land and was built to house and train nearly 45,000 men. After the war ended in November 1918, Camp Logan received wounded soldiers in 1919. 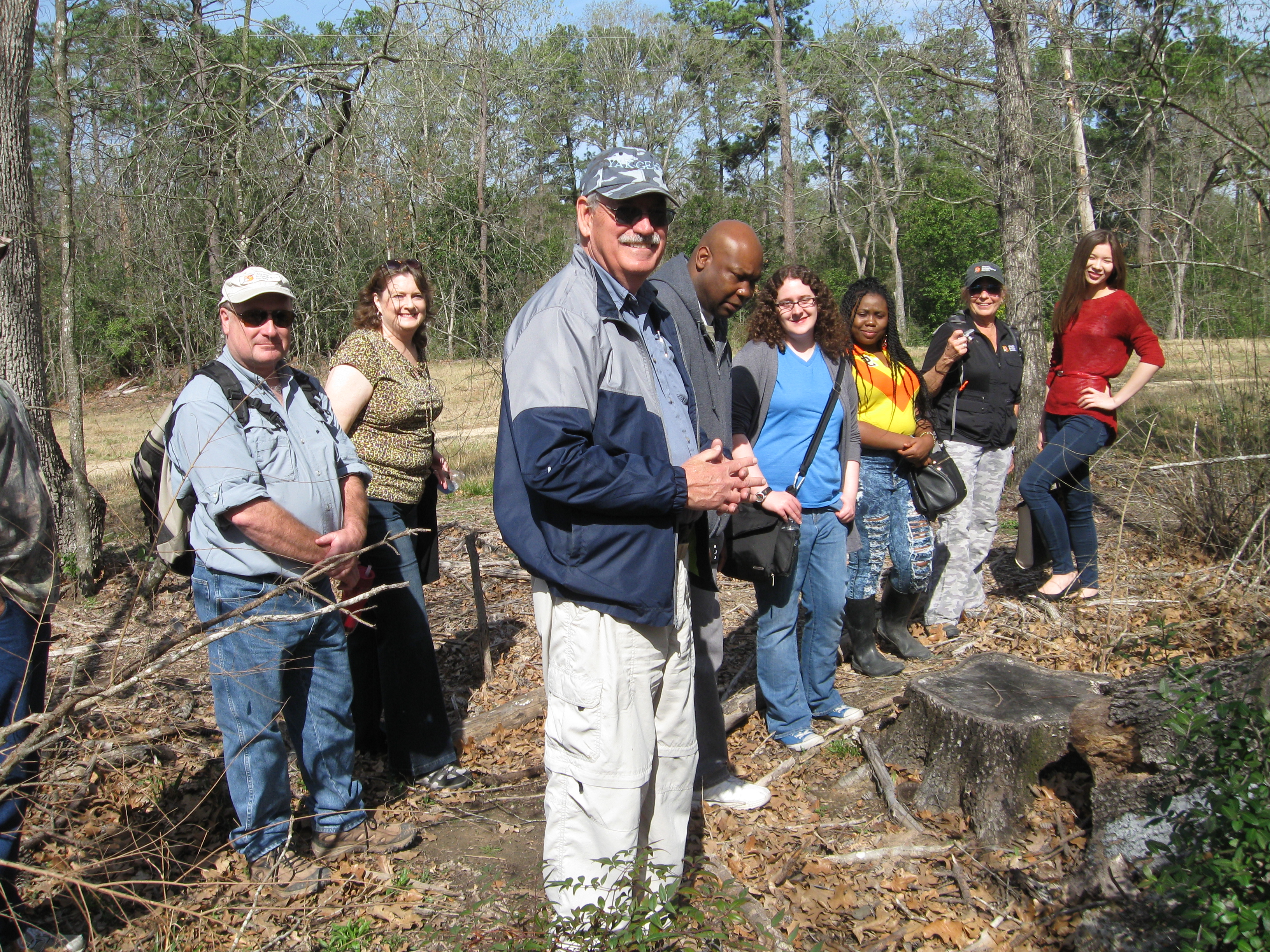