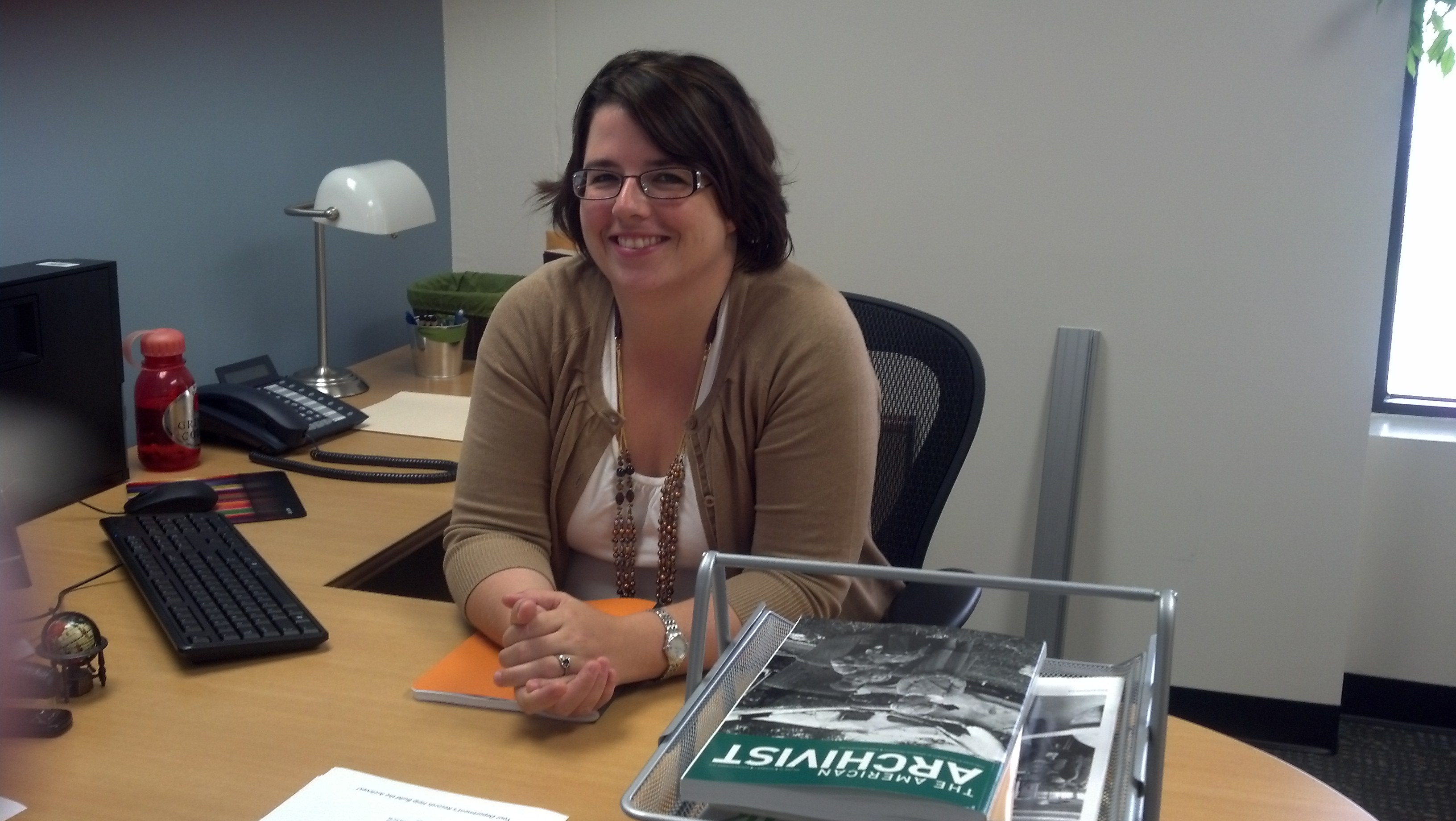 On June 10, Melissa Torres became the University of Houston-Downtown's first University Archivist. Although the Library has long served as an unofficial repository of historical University material, this is the first time that an archivist has been employed on staff and marks the beginning of an official archive of the University's history.

Torres is originally from central Iowa, attended Grinnell College and worked in the college archives while majoring in history. She then moved to Austin, where she earned a Master of Science in Information Studies degree from The University of Texas, focusing on archives and organization. After graduation, she moved to Houston where she has worked as an archivist and librarian for the Holocaust Museum Houston, The University of St. Thomas, and Rice University. Torres also noted, "My husband and I reside in Spring Branch with two wonderful kids and two lazy dogs."

In addition to creating a collection development policy for the archive and organizing existing material, Torres will be collecting as much as she can from University faculty and staff. Public access to the archive will primarily be digital, and Torres will be working on material and displays for UHD's 40th anniversary in 2014.

She welcomes questions, information and material relevant to UHD's history. She works half-time, generally in the middle of the day, and can be contacted at torresme@uhd.edu.