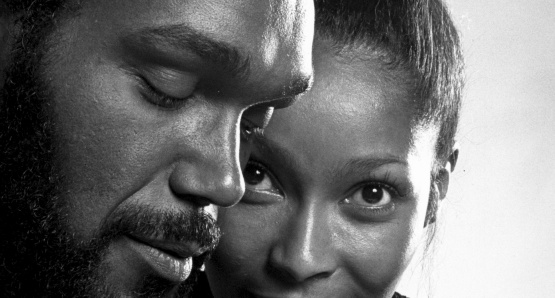 Duane Jones broke new ground as an African-American leading man in the late 1960s horror epic “Night of the Living Dead.” His trailblazing performance made him an icon in the genre, but many audiences are unfamiliar with Jones’ other horror role in “Ganja and Hess.”

The 1973 film is a rarely-screened, experimental effort that has earned praise from critics, audiences and filmmakers alike. Soon, Houstonians will experience this unique cult classic when it is presented during the University of Houston-Downtown’s 9th Annual Halloween Film Screening. Presented by UHD’s Film Studies program, the free event kicks off at 7 p.m., Oct.24 in the Milam and Travis Rooms in the UHD Welcome Center..

Directed by Bill Gunn, “Ganja and Hess” follows the relationship between vampire Dr. Hess Green (Jones) and his assistant’s widow Ganja Meda. Gunn’s vision of vampirism takes a detour from the traditional mythos and addresses themes of spirituality, sexuality and religion.

According to Chuck Jackson, “Ganja and Hess” remains an important work in the horror genre in terms of spotlighting actors of color in lead roles and its cutting edge cinematography. Likewise, it is a film that abandoned traditional cinematic narratives and delivers a radical and eerie entry into the horror/vampire canon.

“‘Ganja and Hess’ broke new ground by not only recasting the horror genre with black actors in roles that were written by a black director and for black audiences, it also rejects Hollywood conventions and presents to viewers, instead, an independent horror film that is highly experimental. All of this makes ‘Ganja and Hess’ one-of-a-kind,” Jackson said.

Jackson recently addressed the film in a recent article in the journal “Black Camera” addressing cinematographer James E. Hinton’s legacy. Hinton, cinematographer for “Ganja and Hess,” is cited as the “first Black director of photography in the history of North American filmmaking.”

“Hinton claims that ‘Ganja and Hess’ is the first American film to refuse to lighten its African-American actors’ skin tones during the shooting,” Jackson said. “Students of film will not only enjoy the strange, dream-like characters and story, but the bold, risk-taking camera work, too. The result is a film that is compelling, challenging and beautiful.”

Fandom UHD, the University’s student organization dedicated to comics, films and fantasy, is sponsoring a costume contest during the screening and providing refreshments. Audience members are encouraged to dress as their favorite vampire characters or wear Halloween attire (although full masks and weaponry, simulated or otherwise, are prohibited). The event is presented by UHD’s Department of English and Cultural Enrichment Center.

UHD's Halloween Film Screenings are among the city's popular October activities. In previous years, the Houston Press named it the Best Free Halloween Event in Houston. For more details or to RSVP, visit the event's Facebook page.