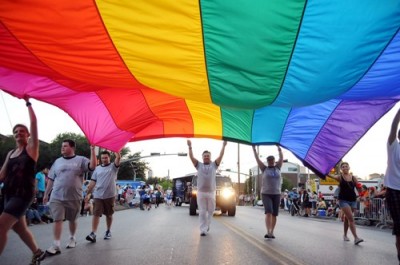 UHD is sponsoring a group of students, faculty, staff and alumni for this year's Houston Pride Parade held on Saturday, June 23.

This sponsorship is in support of UHD's LGBTQ population and lets the Houston community know that all students who wish to pursue an education are welcome at this university.

The parade, held along Westheimer Rd. between Dunlavy and Crocker, features more than 100 organizations and businesses supporting and celebrating the Houston LGBTQ community. The parade draws more than 300,000 people in total, making it the second largest parade in Houston and the largest Pride Parade or LGBTQ gathering in the Southwestern United States. The parade begins at 8:15 p.m.

Any person interested in marching with the UHD group in the parade should contact Latrina Carter, student project leader, at carterl16@gator.uhd.edu.

UHD Group to Participate in Pride Parade
Back to UHD News