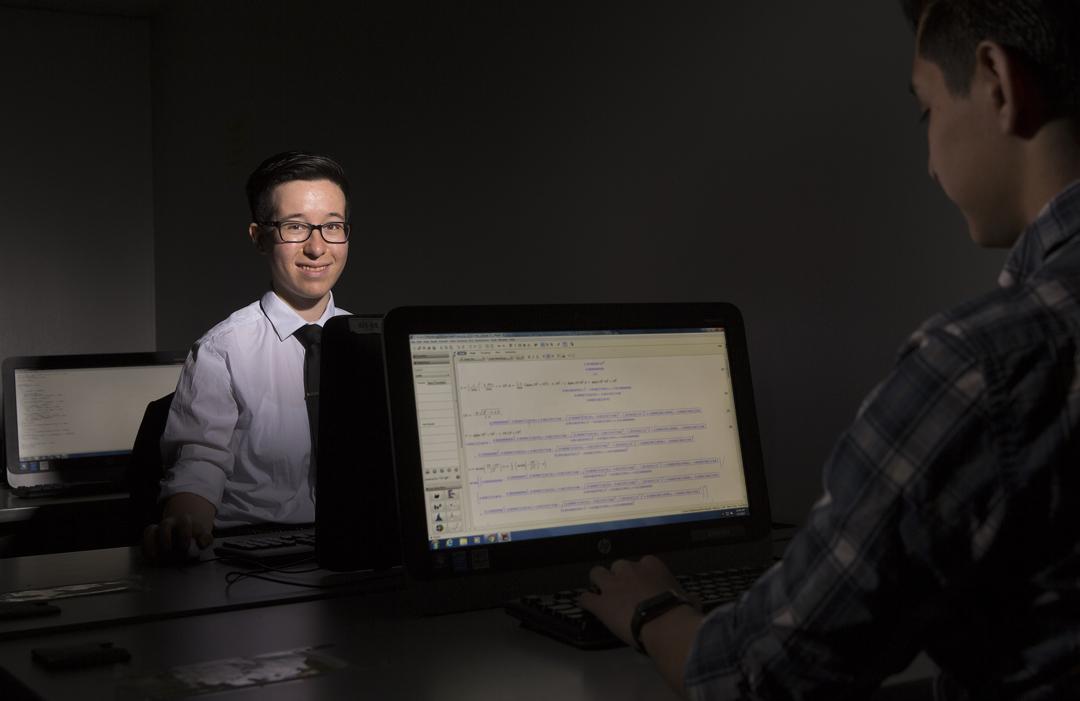 It's been a long - and sometimes difficult - road for many University of Houston-Downtown (UHD) graduates. More than 1,400 students will wind down their academic journeys during the University's commencement ceremonies on May 12 and 14. Some will continue their studies while others will apply their academic insights to careers. Regardless of their destinations, they can credit UHD with helping them get there.

This year's graduates include students who overcame personal and professional challenges to achieve their dreams of earning bachelor's or master's degrees. Others exhibited the talent and tenacity to graduate on time or ahead of schedule.

Among this year's success stories is that of Alisa "Alice" Turchaninova, who is UHD's youngest graduate. At age 19, she graduates with a bachelor's degree (double major) in mathematics and computer science. She enrolled at UHD in 2012 at only 14 years of age.

Turchaninova was attracted to UHD for its Scholars Academy in the College of Sciences and Technology. Through Scholars Academy, she received peer and faculty mentoring, including guidance from lecturer Mitsue Nakamura. Turchaninova became a Scholars Academy mentor herself and served as an intern at the John Hopkins Applied Physics Laboratory. She plans to attend graduate school in the future and ultimately work in the aerospace industry. Turchaninova will walk the stage during the May 14 general commencement event at Minute Maid Park.

Also participating in the Minute Maid Park event will be James Thomas, who is this year's oldest graduate at 66 years of age. Thomas will earn his bachelor's degree in interdisciplinary studies and plans to pursue a master's degree and a doctorate.

Thomas is a native of Pittsburgh and relocated to Houston because he thought the city might be a slower "country town." Soon after relocating here, he realized that the city is anything but slow and not quite a rustic environment. Still, he fell in love with it.

Age is just a state of mind, he said. If someone is dedicated to a goal, they can achieve it at any age.

"If you believe in yourself and believe that you can make a change, then age is not a factor," he said. "If you have the determination in your heart, then you can do just about anything."

Another graduate who will be in attendance at Minute Maid Park is Mustapha Nyallay, who is receiving a bachelor's degree in political science. Nyallay recently served as Student Government Association president and is the first in his family to attend college. It should be noted that Nyallay comes from a very large family. He is one of 16 children and hails from Sierra Leone, West Africa.

As a student, Nyallay worked to support himself and his family, who are still in Sierra Leone. Additionally, he had to adjust to life in the U.S. He credits faculty and staff for their guidance in helping him finish UHD strong. Next up for Nyallay is George Washington University Law School.

"During my time at UHD, I have met several faculty and staff members who helped me tremendously and who showed genuine interest in my success," Nyallay said. "As a first-generation college student, I needed all the hands I could get to help me through my undergraduate degree, and UHD was able to provide them to me."

Another international transplant Regina Tiong is earning a Master of Business Administration (with a 4.0 grade point average). She arrived to UHD from Malaysia and had to adjust to a new life in the U.S. Helping her along the way were college resources, including peer mentoring and its helpful faculty members. Tiong will graduate on May 12 during the Davies College Business Graduate Programs Commencement ceremony.