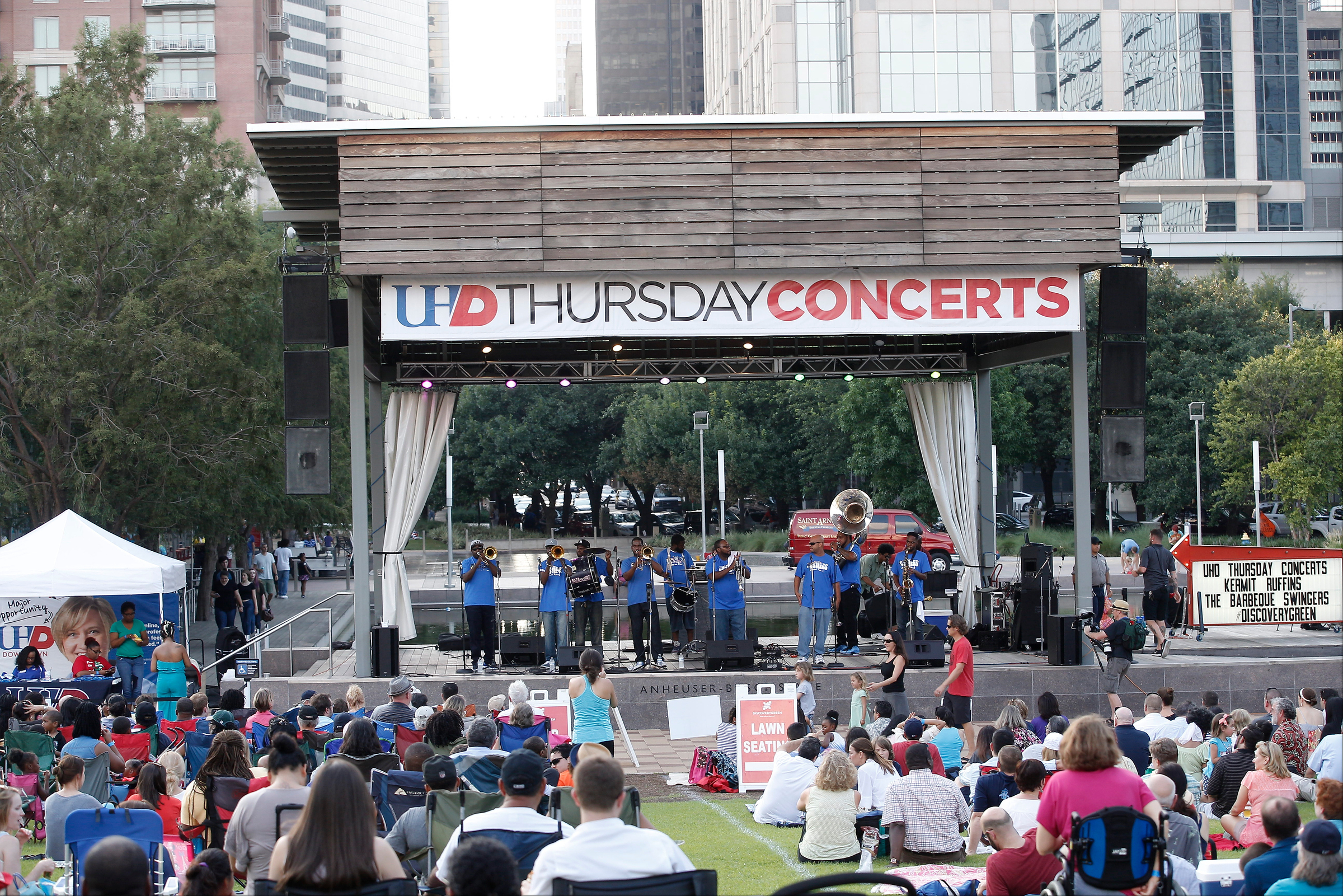 Summer is the season for celebrating the city's many outdoor attractions. With that in mind, the University of Houston-Downtown is proud to once again sponsor the Thursday Night Concert series presented at Discovery Green.

Each year, UHD partners with Discovery Green, Houston's premiere outdoor park, to spotlight some of the region's top artists. These free family-friendly shows showcase both artists on the rise and esteemed superstars from a range of genres. Among the musicians featured during this year's concerts are legendary Texas singer-songwriter Joe Ely, Houston blues great (and former Little Richard sideman) Grady Gaines, guitar slinger Ian Moore and rockabilly icon Rosie Flores.

The 2017 series of performances runs May 11 - June 29 at the park's Anheuser-Busch Stage. All performances begin at 7 p.m.

"As a music fan, I am pleased that UHD is partnering with Discovery Green for its Thursday Concert Series," said Michael A. Olivas, UHD Interim President. "This is a great opportunity to celebrate some of our region's finest artists under the stars. It's also a chance for UHD to connect with alumni, students, prospective students and Houstonians. This year's line-up is impressive, and I am looking forward to a summer filled with free music in one of the city's best parks."

This series is co-sponsored by Saint Arnold Brewing Company and Cactus Music. Skyline will provide updates regarding special theme nights for alumni and other members of the Gator community.

This year's list of Thursday Night Concerts is as follows:

May 25: ThunderSOUL Orchestra and Grady Gaines & The Texas Upsetters