UHD Community to March to the Polls in Oct. 25 'Walk 2 Vote' 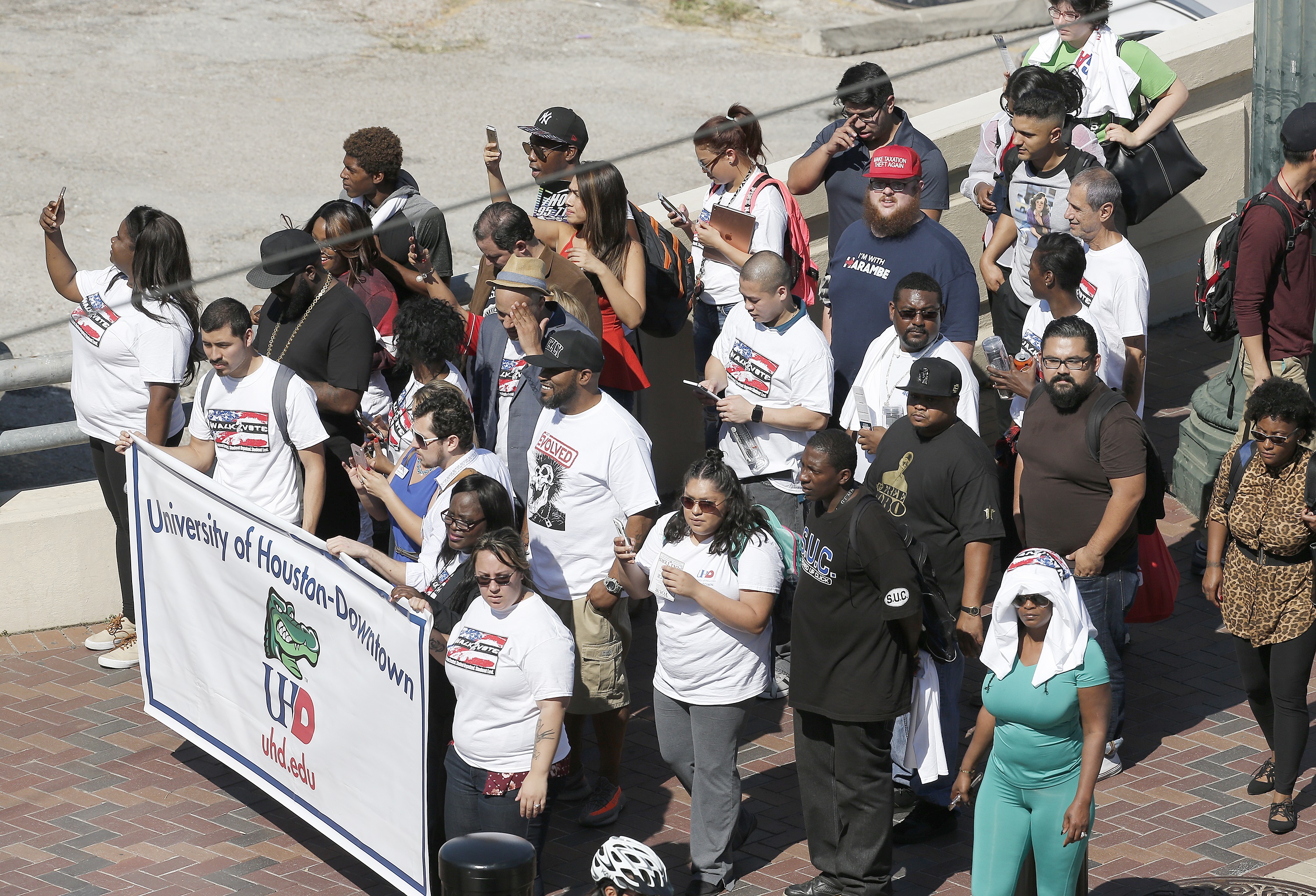 Recent polls have indicated that voter turnout among college students increased in 2016. If a group of University of Houston-Downtown (UHD) students has its way, those numbers will continue to rise.

That's why the University's Student Government Association (SGA) is encouraging the Gator community to literally "exercise" its right to vote during 'Walk2Vote' on Oct. 25. Led by SGA in partnership with University leadership and community partners, 'Walk2Vote' is a mass procession from the campus to the Harris County Tax Office (1001 Preston St.) to vote in early elections for state and local races. The walk from UHD's South Deck to the Harris County Tax Office will begin at noon. At 1:30 p.m., walkers will make their way to the polls, crossing the Main Street bridge over Buffalo Bayou into Downtown.

For this election season, the event's focus is geared particularly toward voter turnout in local elections said Elizabeth Bosquez, Senator of College of Humanities & Social Sciences for SGA. In the past several weeks, Bosquez has led a team of SGA volunteer registrars to urge members of the Gator Community to register and turn out to vote in November.

"UHD is a very diverse institution that serves many minority students. Unfortunately, national statistics show that voter turnout among minority populations is low," said Bosquez. "It's important to encourage our students to exercise their right to vote in elections that are national, as well as statewide and local."

Participants have the opportunity to receive free 'Walk2Vote' t-shirts, take a ride on a mechanical bull, enjoy light refreshments and tunes from DJ Ernie.

For more information on the event or ways to get involved, email studentactivities@uhd.edu.

UHD Community to March to the Polls in Oct. 25 'Walk 2 Vote'