The UHD community is invited to attend a VIP preview of the work of Jim Seigler at the Hyde Park Gallery next month.

The exhibit, entitled "My Life with the Circus," can be viewed at a private reception for the UHD community from 6:30-9:30 p.m. Wednesday, May 14, at the Gallery, 115 Hyde Park Blvd. The artist's proceeds from the show will go directly to UHD.

As a young man, Seigler was employed at Ringling Brothers as a set designer. He later worked for Foley's Department Stores and eventually became a vice president for the company. Upon retiring from corporate life, Seigler returned to his love of painting and sculpture. 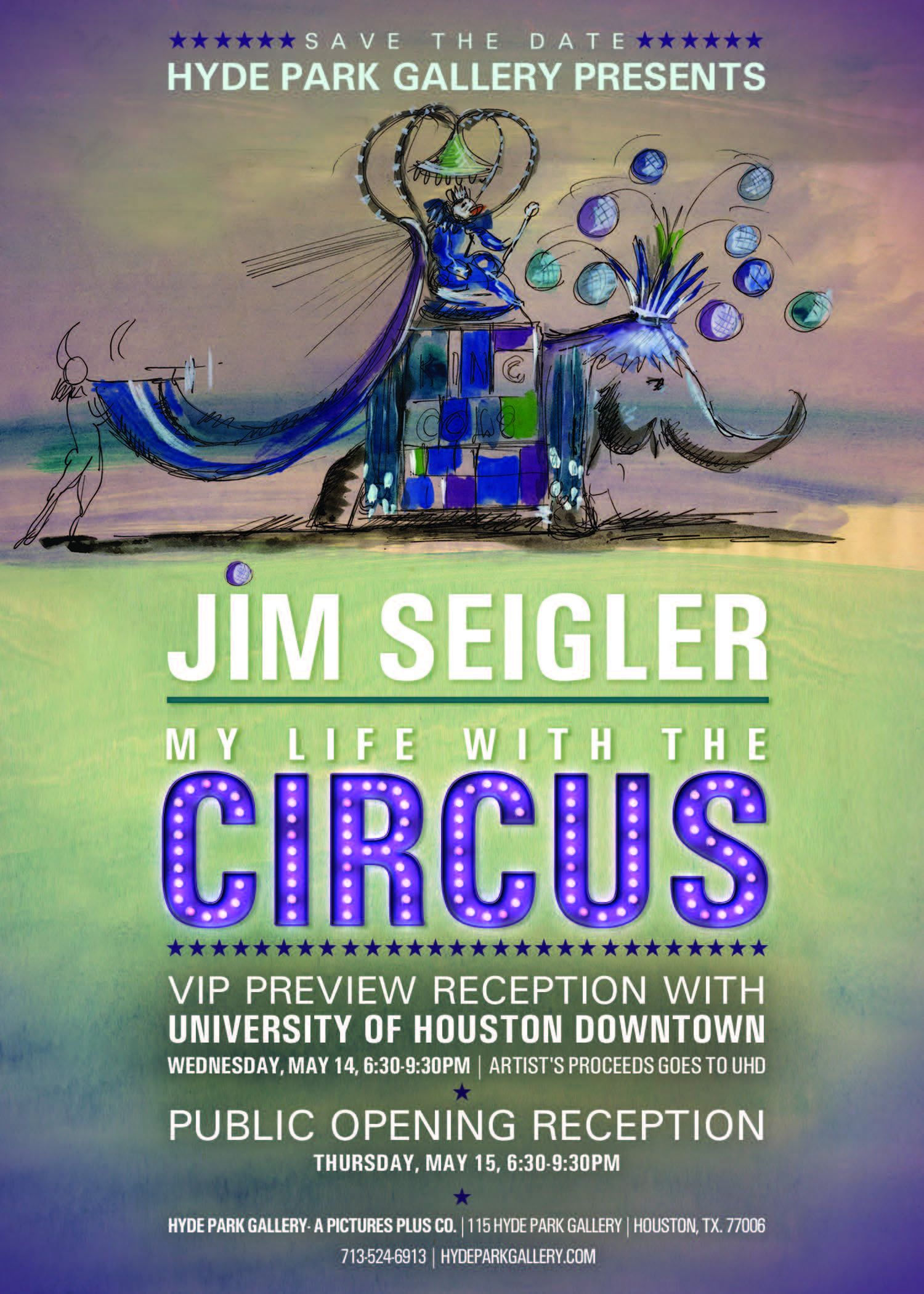