Students from the University of Houston-Downtown (UHD) put a personal "face" on the lingering stigma of HIV/AIDS by sharing their own stories in an interactive rally today in commemoration of "World AIDS Day."

During the rally, leaders from LIVE CONSORTIUM, a non-profit dedicated to the eradication of HIV-related stigma, and Houston's Legacy Health Clinic, along with UHD students and administrators, addressed attendees and provided valuable information about living and working alongside individuals with HIV/AIDS.

"Knowledge truly is power when it comes to preventing HIV/AIDS," said Bill Flores, Ph.D., president of UHD. "Today is all about eliminating the barrier of stigma surrounding HIV/AIDS and empowering college students and the community through education."

The Centers for Disease Control and Prevention note that almost one in five individuals with HIV are unaware of their illness, and 75 - 80 percent of heterosexual college students in the United States do not feel that they are at risk for HIV.

"UHD is one of the most diverse universities in the nation and, therefore, it is important for us to lead the fight against stigma of any kind in our community," said John Hudson, Ph.D., director of the University's new Center for Student Diversity, Equity and Inclusion. "It is vital that we identify and remove all stigmas on our own campus, support all students and work with community leaders to spread this message across Houston and the United States."

As a visual display of the need for HIV education, UHD students lead a processional across campus wearing black or red T-shirts that stated, "I am HIV Positive" or "I am HIV Negative" to bring attention to the stigma surrounding the illness and open the door to constructive conversations about HIV/AIDS.

"I am the face of HIV," said Kristopher Sharpe, vice president of UHD's Student Government Association, who addressed rally attendees. "While HIV is a strong opponent of mine, the stigma I face everyday because of my illness is even more powerful and impactful. HIV and HIV-related stigma are problems for all of us - regardless of whether you've been diagnosed with the virus." 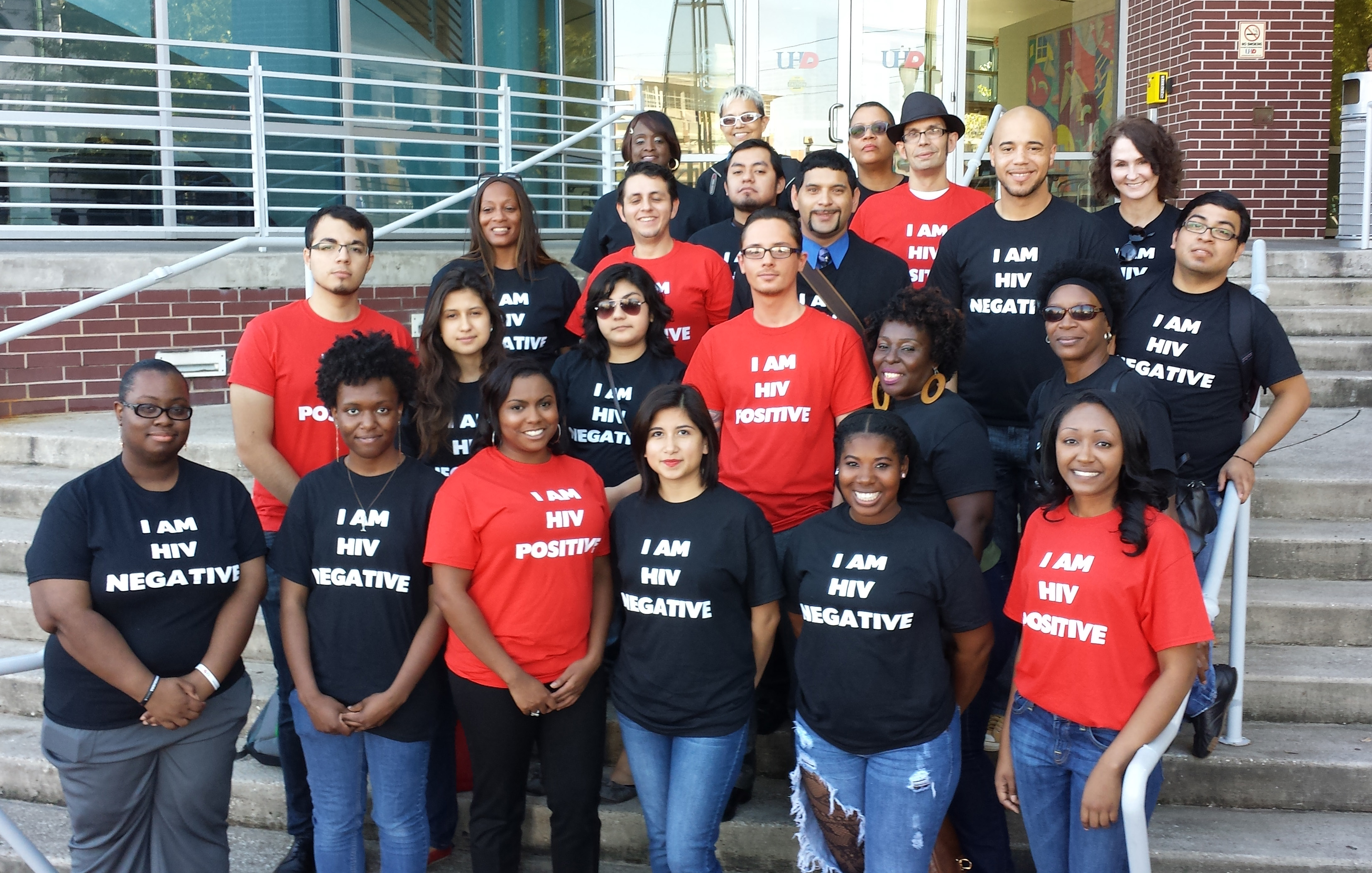 Students from the University of Houston-Downtown (UHD) led a processional across campus today as part of a rally to commemorate World AIDS Day and eliminate HIV-related stigma. 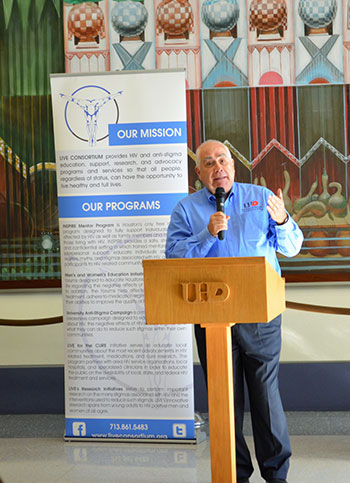