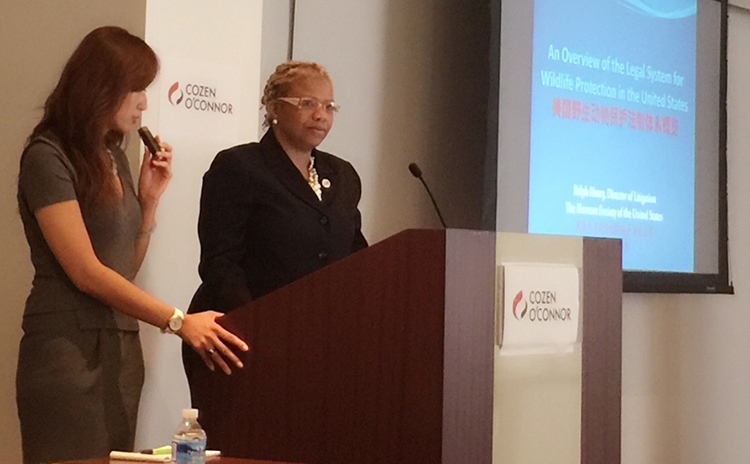 DoVeanna Fulton, dean of the College of Humanities and Social Sciences, gives the opening address at the 2nd U.S.-China Animal Law Forum in Washington, D.C., in August. UHD is a co-sponsor of the forum.

UHD and Northwest China University of Law and Politics founded the conference in 2014 as a channel for U.S. and Chinese legal experts to discuss challenges related to animal protection laws in the United States and China. The 2014 conference took place at UHD.

This year's forum was devoted to addressing loopholes and enforcement issues related to the wildlife protection laws of both countries. Also addressed were opportunities for greater technical and regulatory alignment in approaches to toxicological testing and risk assessment, with emphasis on cutting-edge technologies that can reduce and phase out animal testing and research.

"UHD was proud to be part of this important event," Li said. "UHD will continue to engage with Chinese and American legal experts in the fields of animal protection, wildlife conservation and other issue areas impacting the welfare of nonhuman animals." 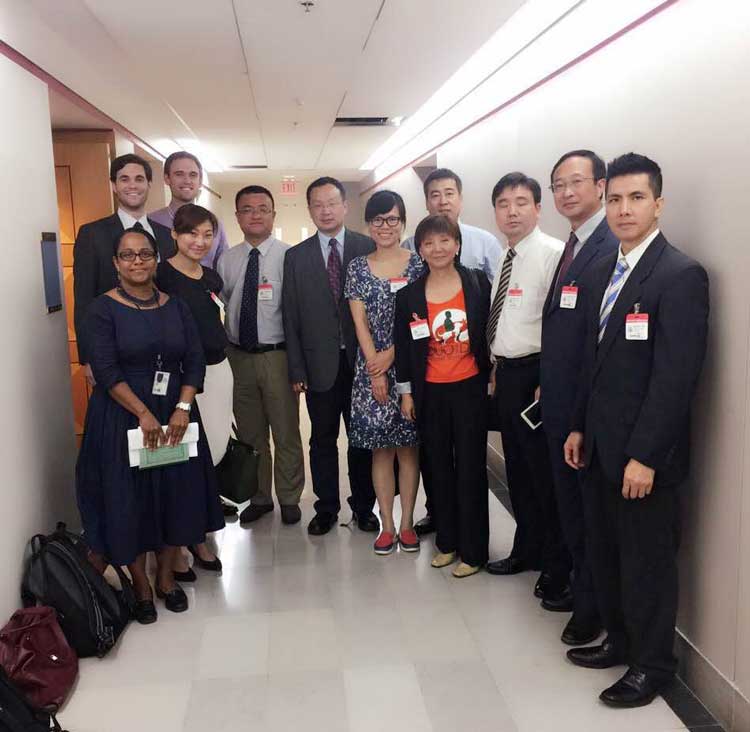 Peter Li (far right), associate professor in the Department of Social Sciences, participates in a visit to the U.S. Department of State during the 2nd U.S.-China Animal Law Forum in Washington, D.C., in August.