For the third consecutive and fourth out of the last five seasons in the Houston Club Sports Conference, the UHD men’s soccer club team will advance to the semi-final round on Friday, Oct. 19. 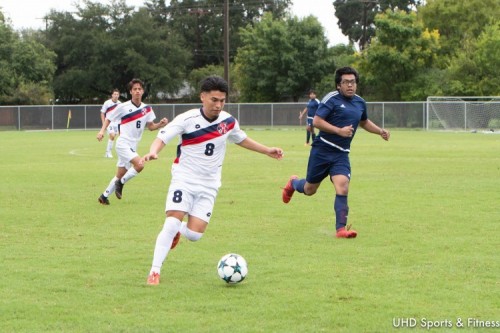 The men's soccer club team will face off against No. 1 seed Lone Star College-North Harris, at 7 p.m. at Bayland Park. If UHD comes away with a win, it will advance to the championship game on at 3 p.m., Sunday, Oct. 21 at Bayland Park to take on the winner of Houston Community College versus Lone Star College-Cy Fair. Men’s soccer will be looking to capture its sixth conference championship overall, and first one since 2016. In addition to a sixth conference championship, a berth is on the line to the 2018 NIRSA Region 4 Super Region Soccer Championships on Nov. 2-4 in Tulsa, OK.

The UHD women’s soccer club team will be competing in the first-ever women’s championship game in the Houston Club Sports Conference at Bayland Park at 5 p.m., Sunday, Oct. 21. The Gators finished the season as the No. 2 seed and will face off against No. 1 seed Lone Star College-North Harris. In addition to their first conference championship, a berth is on the line to the 2018 NIRSA Region IV Super Region Soccer Championships on Nov. 2-4 in Tulsa, OK. 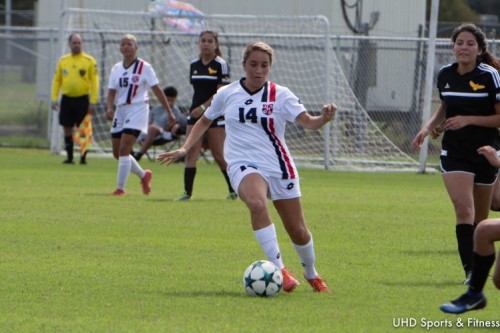 Other UHD club teams that have not started the playoffs will be in action this weekend. The UHD baseball club team is traveling to Dallas to compete in the Wood Wars Baseball Tournament hosted by the National Club Baseball Association. UHD will begin the tournament at 11 a.m., Friday, Oct. 19 versus Texas State University. Later that day, the Gators will face off against UT-San Antonio at 9 p.m., and will conclude bracket play at 1:30 p.m., Saturday, Oct. 20 versus Rice University. Depending on the pool play results, the top-five seed enter Sunday, Oct. 21 for the bracket playoffs. All games will be played at the Legends Baseball Field at the Parks at Texas Star in Dallas.

The UHD men’s basketball club team continues action in the Lone Star Sport Club Conference on Saturday afternoon following our 2018 Homecoming Tail-Gatoring. The club team will host Rice University at 4 p.m. in the Student Life Center. Both the UHD Gatorettes dance club team and UHD Cheerleaders will perform during halftime. Admission to the game is free.