The five UHD club sport teams will be in action this weekend, including one team with a possible championship on the line. The UHD Student Life Center will be the place to be on Friday, March 21, as the UHD women's volleyball club will be facing the alumni team at 7 p.m. in the east gym.

Men's and women's basketball with play host to Lone Star College-Tomball in the west gym of the Student Life Center on Friday night as well. The Lady Gators will get things started at 7 p.m. with the men following at 8:30 p.m.

On Saturday, March 22, the men's soccer club will be playing in the semi-finals of the Lone Star Sport Club Conference. UHD will be taking on Lone Star College-North Harris at 10 a.m. at Bayland Park #L-1. If the Gators come out on top, then they will advance to the championship game versus either HCC-Southwest or LSC-Cy Fair on Sunday, March 23, at 11 a.m. at Bayland Park.

The baseball club will travel to Nacogdoches, Texas this weekend for a three game series versus conference opponent Stephen F. Austin State University. The series will begin on Saturday, March 22, with a double header at noon and 2:30 p.m., and concluding with a single game on Sunday at noon. All games will be held at Garrison High School.

See you at the games! 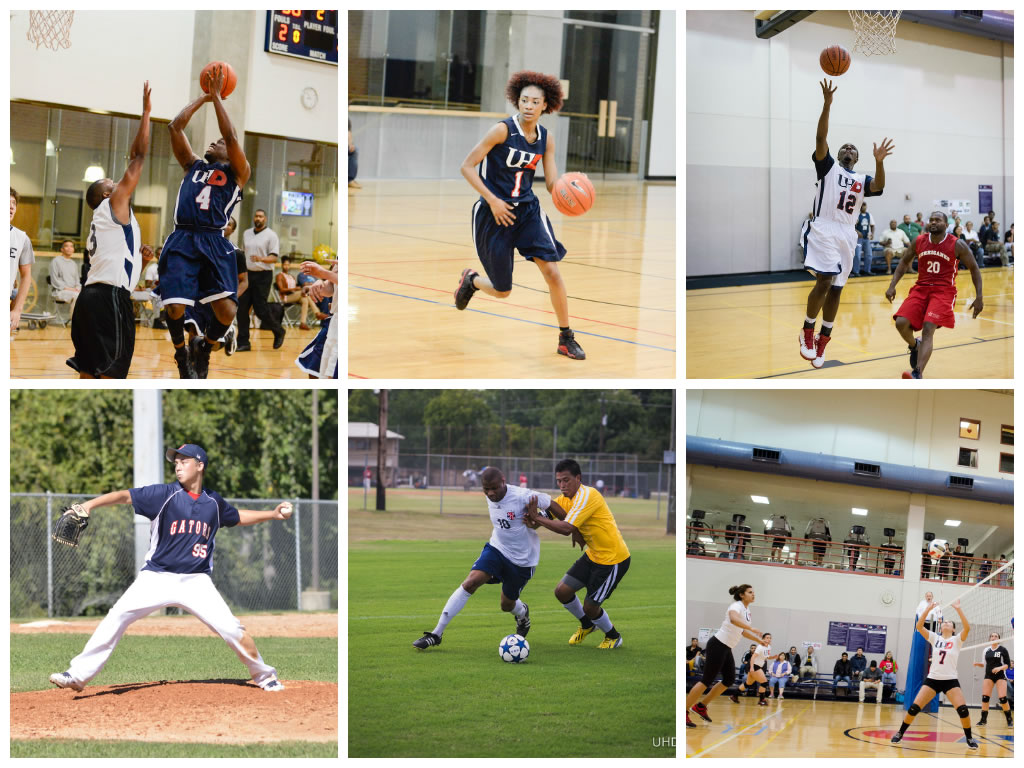