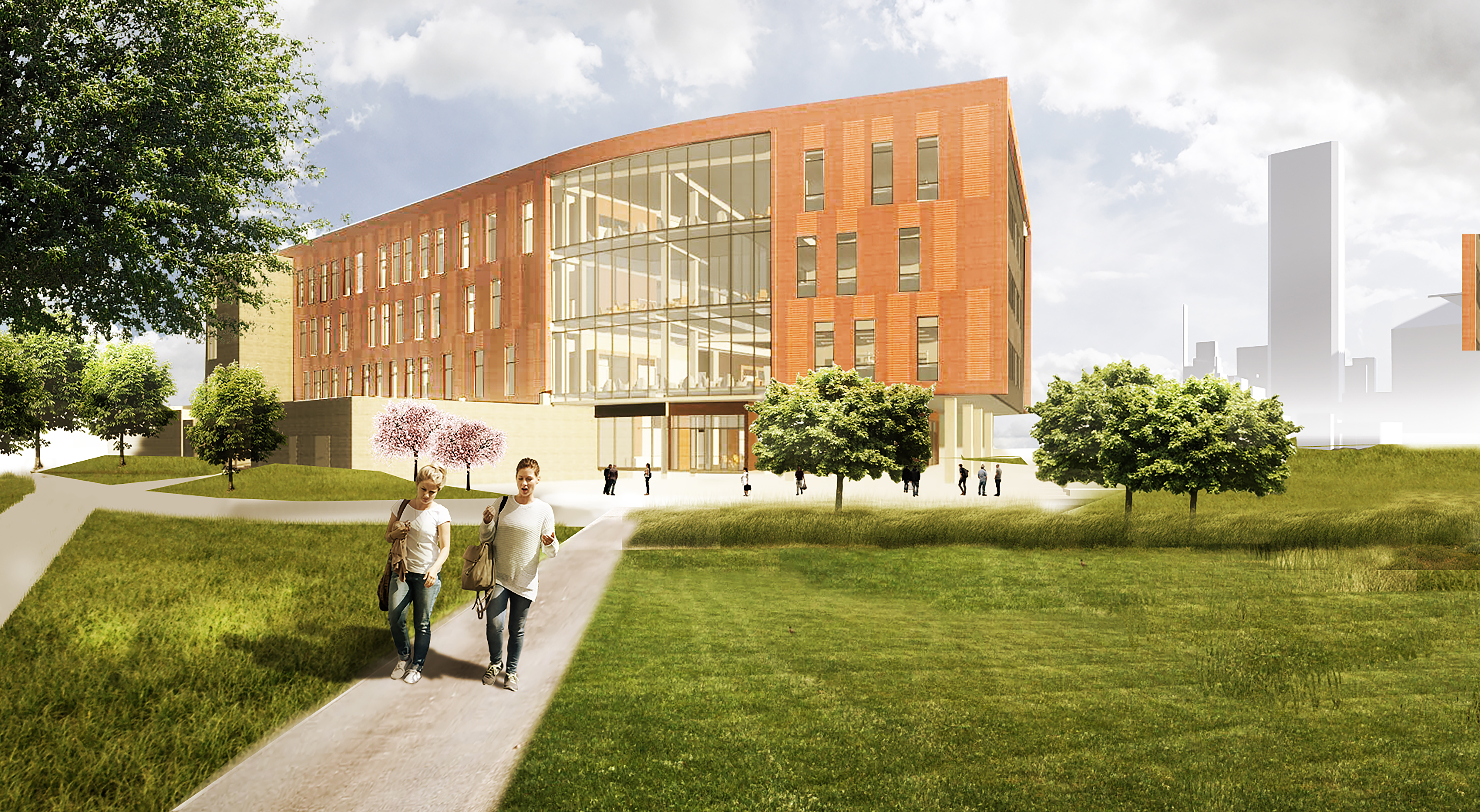 (Updated: July 31, 2017) Last week, the University of Houston-Downtown bid farewell to a popular piece of artwork to prepare for a major campus expansion.

For two years, the UHD community has taken photos in front of the "Gator Wall," a colorful mural depicting the University's mascot. Located on the northern wall of an unused campus warehouse near UHD's Daly Street Lot, the colorful artwork - created by Sebastien "Mr. D." Boileau - greeted UHD faculty, staff and students as they walked to the University. The temporary installation, however, was taken down as the University prepares to break ground on a new Sciences & Technology Building and expanded parking.

The warehouse hosting the "Gator Wall" and other UHD-related artwork was taken down on July 28 and 29. Faculty, staff and students are encouraged to share photos and memories with the mural on UHD's official social media accounts on Facebook, Twitter and Instagram using the hashtag #UHDGatorWall.

Although the original mural was dismantled, the artwork lives on. A wall-sized replica of the mural will be in the redesigned UHD Bookstore on its second-floor level. Another replica is present within UHD's food court.

The removal of the warehouse is one step toward the University deepening its footprint in the city. On Aug. 29, UHD will break ground on its Sciences & Technology Building. The 115,000 square foot facility will include laboratories, classrooms, study areas and an expansive multi-purpose room. The project is expected to be completed by summer 2019. The design team overseeing this facility is Kirksey Architecture and Shah Smith and Associates. Vaughn Construction is overseeing its construction. The project's budget is $60 million.

Last year, UHD purchased a 17-acre parcel of land just north of its One Main Building along White Oak Bayou and North Main Street. The upcoming Natural Sciences Building will occupy this land. UHD also is reviewing other possible campus amenities for this stretch of property.

The upcoming groundbreaking complements other recent growth, including a historic $10 million gift renaming the Marilyn Davies College of Business.

"A major gift and substantial land purchase have been game changers for UHD, and I know more opportunities of distinction are around the corner. Accomplishments such as these would not be possible without the efforts of our entire Gator community," said UHD President Juan Sánchez Muñoz.