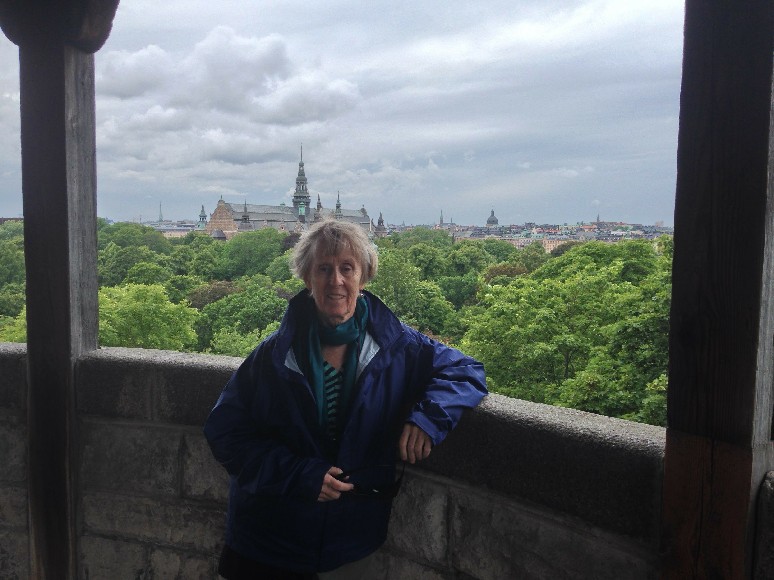 Vobach passed away this week after serving UHD's Mathematics and Statistics Department for more than four decades.

"Her service to this institution has been beyond measure," said UHD President Dr. Juan Sánchez Muñoz. "Dr. Vobach impacted countless students, and was a valued member of our campus community. Her longevity at UHD speaks volumes about her commitment to teaching and to the University. She will be missed but never forgotten."

Vobach was a fixture on campus and taught in the One Main Building before UHD even existed. Her service extended to the days of South Texas Junior College (STJC) - before it became University of Houston-Downtown College, and ultimately UHD.

Vobach, an associate professor, taught at STJC from 1969 to 1974 and continued her service to UHD students from 1974 until this year. Before arriving downtown, her talents were experienced by students at the University of Houston (where she served as an adjunct instructor) and Houston's Jefferson Davis High School. She also taught at Mancos High School in Colorado and as a part-time instructor and teaching fellow at the University of North Carolina.

""It is with a sad heart that we announce the recent and sudden passing of Dr. Carol Jones Vobach," said Dr. Ryan Pepper, chair of the Mathematics and Statistics Department. "For almost 50 years, she was an ideal educator and colleague, and an excellent source of inspiration and advice to thousands of students and hundreds of faculty members. Carol was an active and engaging member of the UHD community, who regularly taught statistics and mathematics courses to our students. During her tenure here, she witnessed UHD transform itself many times over, and is quoted in the Fall 2014 UHD Magazine as saying, 'I believe UHD will continue to grow and will reach that (enrollment) number (18,000) by 2020.' Dr. Vobach is survived by her son William Ghomi, as well as many friends and colleagues at UHD who will miss her dearly."

Throughout the years, Vobach saw UHD grow and thrive. In a 2014 video interview (conducted to commemorate UHD's 40th anniversary), she said that one of the most impressive things about the University were the students who balanced life's responsibilities with academics.

"The students amaze me when they graduate because as we all know they're not just coming to school here," she said. "They have families, and they have jobs … and they're getting degrees. The very fact that they can manage their lives is remarkable."

Funeral services have not been announced, but the campus will be informed as soon as arrangements have been made.

A memorial service will be held Saturday, May 20th at 10 a.m. at St. Stephens Episcopal Church (1805 West Alabama St.). Vobach's family requests donations toward Houston art organizations be made in lieu of flowers. More details on the memorial can be found here.