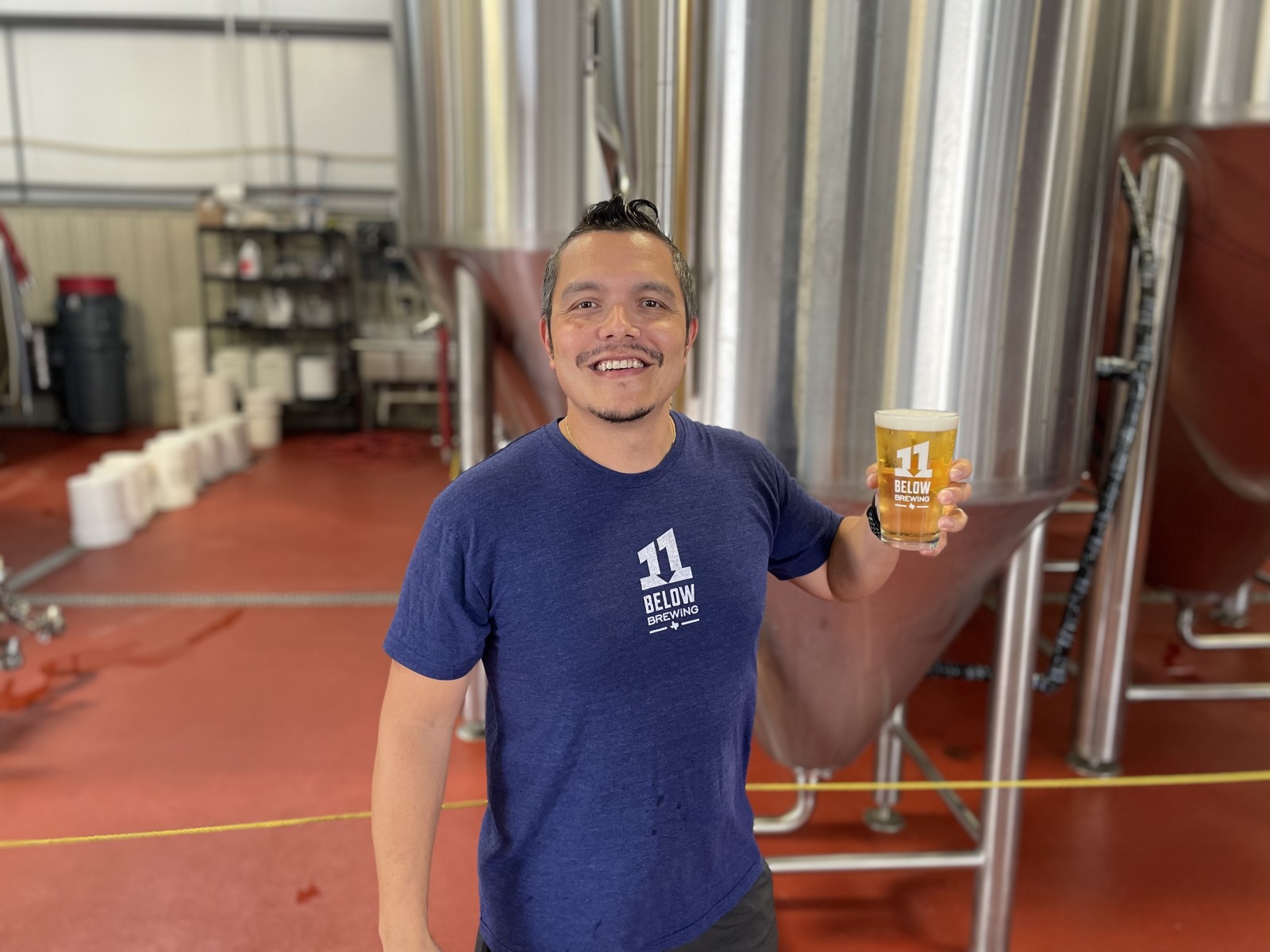 If you know anything about UHD Alumni Jeff Handojo, one of the first questions you may ask him is: What’s your favorite beer?

Before we get to that, let’s get a bit of background.

Handojo (pronounced just like its spelled) is a native Texan who grew up in the Cypress suburbs. His dad immigrated from Indonesia to Jacksonville, Texas in 1972, moved to Houston in 1975/76 and worked for Texas Instruments back when 290 was a two-lane highway.

Jeff was born in 1977, graduated from Cy-Fair High School in 1995 and attended The University of Texas at Austin.

“Coming from a traditional Asian household, it was ‘hey you’re going to med school to be a doctor or have a career in medicine,’” Handojo said. “I said sure whatever because I just wanted to get out of the house.” While at UT he studied as a pre-pharmacy major for almost three years.

Unfortunately, Handojo’s UT college career wasn’t stellar. “I had the best time of my life at the expense of my grades,” he said. “The C’s and D’s make degrees, but that definitely wasn’t the case for me.”

Love Brought Me In and Got Me Through to Graduation

He was faced with a dilemma. His future wife, who was attending Texas A&M University told him that she wasn’t going to marry a bum.

“I actually didn’t choose it,” said Handojo. “It was crystal clear that I needed to do something.” So, he returned home and applied to UHD. “It was the first place I applied. The proximity and convenience. It wasn’t too far from where I was working, and I never looked back.

“At the time the Computer Science program was still growing, but it’s so great how much it has grown since I’ve graduated,” he added. “I really appreciated the small classes because I was able to get to know my professors really well, which was pretty awesome. I could talk my instructors one-on-one and develop familial relationships. I didn’t realize how much I needed that. It was critical to my success at UHD.” In fact, Handojo still talks to his UHD professors today.

“It’s a gem,” Handojo said. “I would tell anyone to give UHD a closer look and you will achieve bigger and better things.”

After graduating from UHD with a degree in computer science in 2000, he went into the industry as a programmer. Fast forward to 2008 (after the second wave of market deflation after the dot.com boom), he decided to start his own software and consulting company—HNH Innovation.

“Thirteen years later and we’re still rocking and rolling. Running your own business is a blessing. Every bit you put in, you get out,” he said. “It’s always fun.”

With three kids under four years of age, Handojo remembers it like yesterday in 2009.

“I was folding clothes and I said to my wife (whom he describes as a saint among saints), I think want to go back to school and get my MBA,” he said. “And she asked me what’s my motivation?”

His answer was simple. It was a dream he wanted to achieve. Admittedly, his first semester at the University of Houston’s Bauer School of Business was challenging. He took evening classes so he could work during the day and see his family. Within in two years, Handojo earned an MBA in 2012. “It was the best thing I ever did. It was absolutely wonderful,” he said.

Here’s the backstory…a lesson in two degrees of separation involving a high school classmate, a good friend and a dream of going pro.

“It’s every home brewers dream to go pro because you think that what you’re creating is better than anything you could buy; especially after eight beers…everything tastes better,” he said laughing.

Brandon Moss (high school classmate), Bryce Baker (the good friend) and Handojo were brewing one weekend and the question was posed, ‘what would it take for the three of us to do this full-time?’ So, the two engineers (Moss and Baker) and the computer science wiz used their respective fields to create a few specs and “it just snowballed from there,” Handojo said.

In 2013, Handojo, Moss and Baker started their official campaign. In 2015, they opened the doors of 11 Below Brewery Company in the Spring/Klein/Champions area and sold their first keg. The brewery celebrated its six-year anniversary this past spring.

What’s in the name? It’s simple mathematics. Baker, Moss and Handojo all worked in the oil industry and the 11 represented the difference in their lives from one industry to another.

11 Below Brewery products are found in all HEB, Specs, Total Wine, Whole Foods, as far north as College Station and far south as Galveston. The company offers 18 beer varieties across three categories (All Time, Seasonal, Sometimes).

“We wanted to create a product that bridges memories—enriching life experiences, having a good time, smiling and laughing with your family. Sometimes you cry over a beer, sometimes you laugh over a beer…that’s what we’re trying to do.”

Describe your life as beer?

“Laid Back Lager…not too weak, not too strong, not necessarily average, but one that evokes memories of good times,” Handojo said.