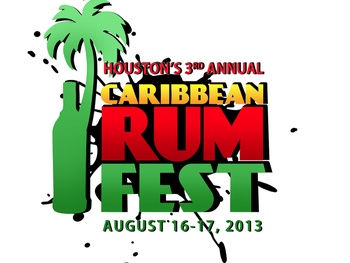 UHD alumna Cris Stennett, class of 2007 and a Houston native, has always had a taste for blue skies, clear water, reggae music and the Caribbean. These preferences may explain her initial attraction to fellow UHD alumnus and husband, Kevin, a native Jamaican.

The pair first met at a reggae concert and bonded over their mutual appreciation for the Caribbean culture. Noticing a void in Houston of a specialty Caribbean rum bar, the Stennetts opened Kingston's Reggae Fusion and Rum Bar in Houston's International District in 2011.

But the cultural couple didn't stop there. They longed to create an event that celebrated his Caribbean heritage and introduced Houston to the sights and tastes of his island homeland. The Stennetts founded the "Caribbean Rumfest" as an extension of their southwest Houston bar and are proud to host this third annual event Aug. 16-17 in midtown Houston.

Throughout the weekend, attendees can pay homage to the Caribbean culture and hear live performances from international reggae bands, vote in a cocktail contest featuring some of the Caribbean's best rum spirits, watch a bartending competition, enjoy cooking demonstrations by renowned Caribbean chef Paul F. Yellin, and learn about the history of rum.

"The Caribbean has much to offer, namely its easy-going way of life, laid-back music, delicious foods and - of course - Jamaica's signature spirit, rum!" said Cris. "What began as a fun activity for patrons of Kingston's Rum Bar has become a citywide celebration, similar to the island-themed festivals of other port cities, including Miami and Los Angeles."

The event will be held at The House of Dereon Media Center, an eclectic special events venue located at 2204 Crawford Street. Interested Houstonians aged 21 years and older are invited to learn more about the event and purchase tickets at www.rumfesthouston.com.

The Stennetts currently are planning their newest installment of Caribbean flavor, Island Sizzler Jamaican Rum Bar and Grill. Nestled in the heart of the Texas Medical Center, Island Sizzler is scheduled to open later this month.