UHD Alum Overcomes Obstacles on the Road to Success 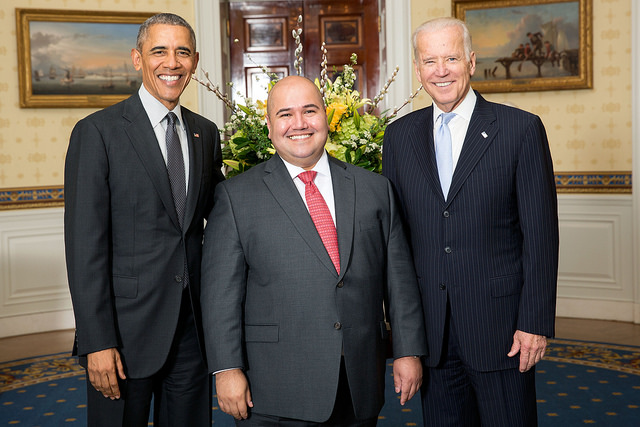 University of Houston-Downtown (UHD) alumnus Terence O’Neill is the definition of confidence and perseverance; however, this wasn’t always the case. There were many obstacles on the road to success that help shape the City of Houston’s Director of International Communities and Refugee Affairs into the compassionate man and driven professional he is today.

In his formative years, O’Neill was extroverted and inquisitive. That changed after a sudden grand mal seizure sent him to the emergency room where he was diagnosed with epilepsy and a heart murmur. His illness created a great deal of anxiety at home and insecurity in himself. As a result, he became depressed and introverted, and he quit school in middle school and again in high school. He finally graduated by attending night school.

O’Neill attended several universities before earning his Bachelor of Arts in Philosophy at UHD in 2011. He was already working in Mayor Annise Parker’s office as Director of International Affairs and Relations when he decided to finish his bachelor’s degree.

“It was Mayor Parker that encouraged me to go back to college and finish my degree,” said O’Neill. “UHD offered night classes that fit my schedule, and they accepted all my credits from other universities.”

O’Neill now serves as the Director of International Communities and Refugee Affairs and makes a difference in Houston’s uniquely diverse international community. In this role, he encourages the well-being of Houston’s citizens from other countries, helps them to connect, and assists in their success and integration into the community.

He and his team launched iSpeak Houston, a language access program that helps non-English speakers navigate the city, and he worked alongside community members and Council Member Ed Gonzalez, who is also a UHD graduate, to pass a Wage Theft Ordinance, which prevents companies from stealing workers’ wages and the City from hiring people or companies convicted of wage theft.

“This ordinance gives people the ability to seek restitution for not getting paid,” said O’Neill.

He also created a human trafficking blue ribbon task force to bring attention to the growing problem. His team helped start the first human trafficking unit at HPD. Human trafficking reports/tips increased 1,000 percent within the first few months. O’Neill firmly believes that by helping others we help ourselves. Now, this once introverted young man is an outspoken leader for the Houston community.

O’Neill credits UHD for his experience and says the philosophy degree gave him the skills to think logically.

“UHD has some of the best philosophy professors I’ve ever met,” said O’Neill. “Although we studied some very lofty topics, philosophy gave me the ability to solve problems pragmatically. If you can look at yourself and the world objectively and free of your own preconceived prejudices, then you’ve already crossed a huge barrier, which then allows you to focus on solving problems that, in my case, help improve the quality of people’s lives.”

Through his work, O’Neill has had the opportunity to meet with dignitaries and travel all over the world. He was recently honored for his work with the immigrant community at the White House and met President Barack Obama.

O’Neill recalls sending his mother a photo of himself standing on the Great Wall of China, and she told him of her childhood dream to see this wonder.

“My mother told me that her dream was fulfilled in me,” said a tearful O’Neill. “It was then that I realized that we are living out the dreams of our ancestors.”

O’Neill was a first-generation college student while attending UHD. Now, he’s in his final year at Rice University pursuing a master’s degree in liberal studies.

“Each step we take, each struggle we go through shapes who we become,” said O’Neill. “Allow the doors of life to open, and don’t be afraid to go through them. A degree is important, but what is most important is your will and your passion to follow your dreams.”

UHD Alum Overcomes Obstacles on the Road to Success