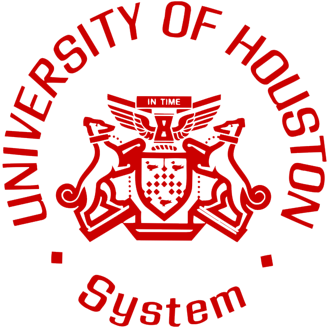 A new leadership team is set to lead the University of Houston System (UHS) Board of Regents during the upcoming fiscal year. During its recent quarterly meeting, the board elected new officers. FY2014 UHS Board of Regents officers are as follows:

"I am honored that the Board of Regents showed confidence in my leadership abilities by electing me to serve as chair of the board of this great university system," Hollingsworth said. "This is an exciting opportunity, and I am looking forward to working with my fellow Regents and the incredible leadership team led by UHS Chancellor Renu Khator."

An alumnus of the UH Law Center, Hollingsworth was appointed to the board in 2009. Hollingsworth is a partner in the Houston office of the law firm Bracewell & Giuliani, LLP, and has been repeatedly named a "Texas Super Lawyer" by Texas Monthly magazine. He previously served as the board's vice chair and secretary. He held the position of chair of the Finance and Administration Committee for the past two years, and also served as a member of the Executive and Compensation Committees. During his first two years on the board, he served as chair of the Endowment Management Committee. Hollingsworth previously was a board member for the State Bar of Texas and also served as chairman of the board of trustees of the Teacher Retirement System of Texas, which among other things manages a $100 billion pension retirement fund for public school teachers and employees. He also served on the board of directors of the Texas Growth Fund and is a former director of the Lehman Brothers Private Equity Advisory Board. He is a member of the National Association of Securities Professionals New York's Wall Street Hall of Fame, and in 2006, Black Enterprise magazine named Hollingsworth one of the "75 Most Powerful Blacks on Wall Street." He has received honors from the State Bar of Texas, the Texas Lawyer magazine, the Houston Bar Association, the Thurgood Marshall Scholarship Fund, and the NAACP. He was a 2007 recipient of the UH Black Alumni Association's Outstanding Achievement Award and the 2006 recipient of the UH Law Alumni Association's Private Sector Achievement Award. Hollingsworth previously served as a director of the UH System Alumni Organization. A former captain in the U.S. Army, Hollingsworth received a Meritorious Service Medal for his service. He received his bachelor's degree from the U.S. Military Academy at West Point. Hollingsworth, a native of Fayette, Ala., and his wife Andrea have three children.

In 2009, UH alumna Berry was appointed to the UHS Board of Regents. Berry is Senior Counsel with Locke Lord, LLP. She is the first Indian American to be elected as vice chair of the board, and the first Indian American appointed to the board of a public university in Texas. During the past two fiscal years, she chaired the board's Audit and Compliance Committee. She has been a member of the Finance and Administration Committee and the Academic and Student Success Committee. Born in Hyderabad, India, Berry earned her bachelor's degree from Mount Carmel College, Bangalore. In 1991, she earned a bachelor's degree from UH, and in 1995, she received her juris doctorate from the UH Law Center. She is married to talk show host Michael Berry, an alumnus of the UH Honors College, and they have two sons. She has been on the boards of the Houston Zoo, the Houston Area Women's Center, the South Asian Chamber of Commerce, and The Community Family Center.

Wilson was appointed to the UHS Board of Regents in 2011. He is president and CEO of real estate development firm GSL Welcome Group, which owns over four million square feet of industrial buildings in over 70 locations. During the past year, he served as vice chair for the Facilities, Construction and Master Planning Committee and the Finance and Administration Committee. Wilson chairs the board of the Southwest Houston Redevelopment Authority, and Tax Increment Reinvestment Zone Number 20 and the Houston Business Realty Coalition. He also is a member of the boards for the Texas Business Hall of Fame, Houston Food Bank, and the Regional Advisory Board of the American Lung Association. Wilson also serves on the Greater Houston Partnership's Common Grounds Initiative Committee and Energy Collaborative Cluster Council Leadership Committee. He is a former member of the Board of the Texas Guaranteed Student Loan Corporation. Wilson's father, Welcome Wilson Sr., is a former chair for the UHS Board of Regents.