Golden Key International Honour Society was founded in 1977 and now has chapters in over 400 colleges and universities in the world. Golden Key is the world's premiere international academic honor society admitting only the top 15 percent of college sophomores, juniors and seniors. The UHD chapter recognized approximately 38 new members with 20 in attendance at the event.

Golden Key offers its members exclusive opportunities and connections through $1,000,000 in scholarships and awards, partnerships with major corporations, career advancement and graduate programs.

Founded in 1924 at the University of Illinois, Alpha Lambda Delta is a national honor society that recognizes and encourages academic excellence among first year students. Today, Alpha Lambda Delta has over 250 chapters throughout the United States and more than 700,000 students have been initiated into membership since the first chapter was started more than 80 years ago. UHD's First Year Honor Society applied for affiliation with National Alpha Lambda Delta and received its chapter in October 2013. Nicholson-Preuss and Falcon will also advise UHD's chapter of Alpha Lambda Delta. This year Alpha Lambda Delta will be celebrating its 90th anniversary.

Thirty charter members were inducted into Alpha Lambda Delta at the event. Ed Hugetz, interim provost, welcomed the students and their families at the beginning of the evening and President Flores congratulated the students on their accomplishments and successes at the end. Chapter President Daral Moore Washington, a sophomore fine arts student, offered remarks about the First Year Honor Society's accomplishments and plans for the future.

Membership in Alpha Lambda Delta is open to full-time freshmen students who earn a first semester scholastic average of 3.5 or better at a four-year college or university. Eligible freshmen from the class of 2017 can expect to receive their invitations before Spring Break. 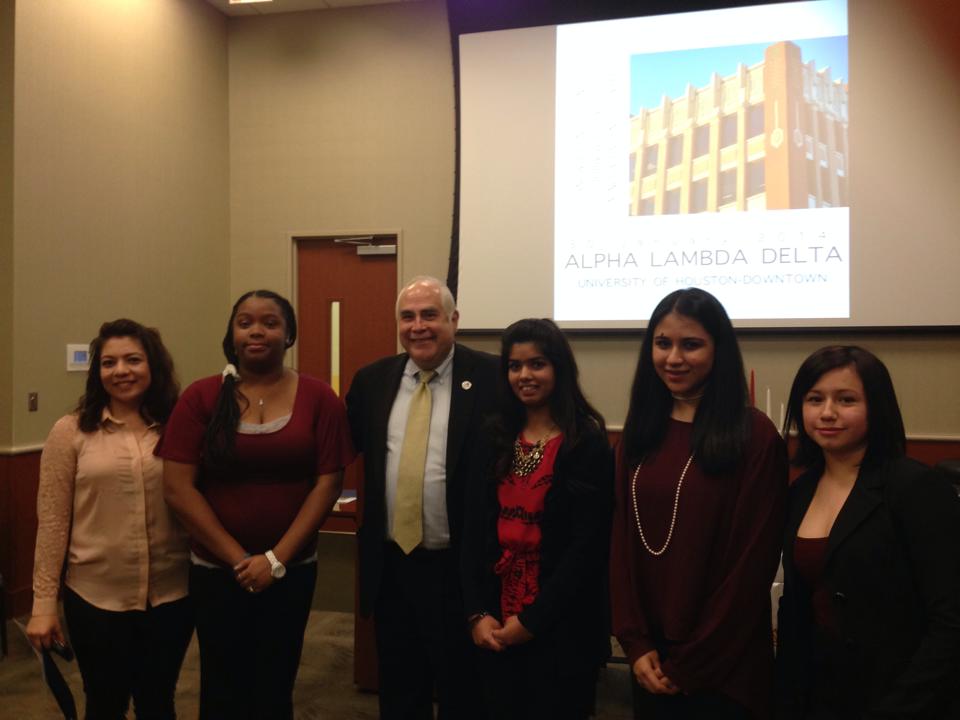 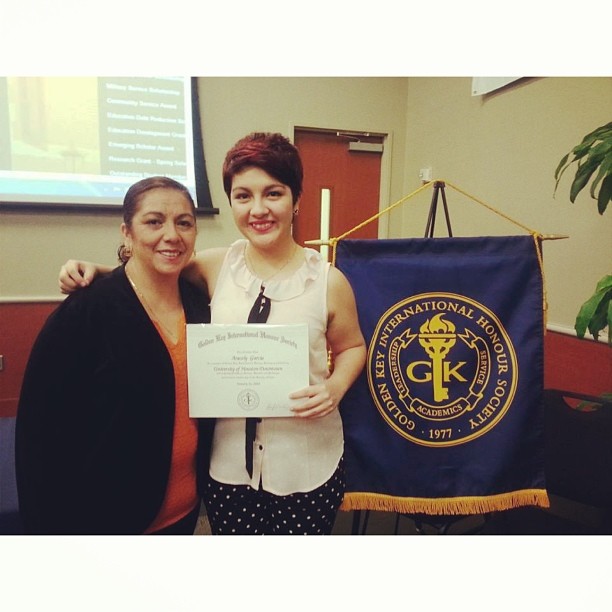