When thinking of the traditional college student, what usually comes to mind is the freshly minted high school graduate walking the halls of their soon-to-be alma mater. If you take a look at UHD's student population, you may be surprised to learn that 68 percent of its student body start out as transfer students. Why? The University understands that as the second largest four-year institution in Houston, it needed to create seamless pathways for more students from all walks of life to earn a UHD degree for this burgeoning population that continues to grow. How? UHD, along with Houston Community College (HCC) and Lone Star College (LSC) leadership, expanded its partnerships by adding strategic admission models, degree maps and advising teams at their campuses to help students avoid taking unexpected detours from their academic pursuits. In fall 2017, more than 1,800 students transferred to UHD. Meet one of two stellar transfer students who are making the grade. 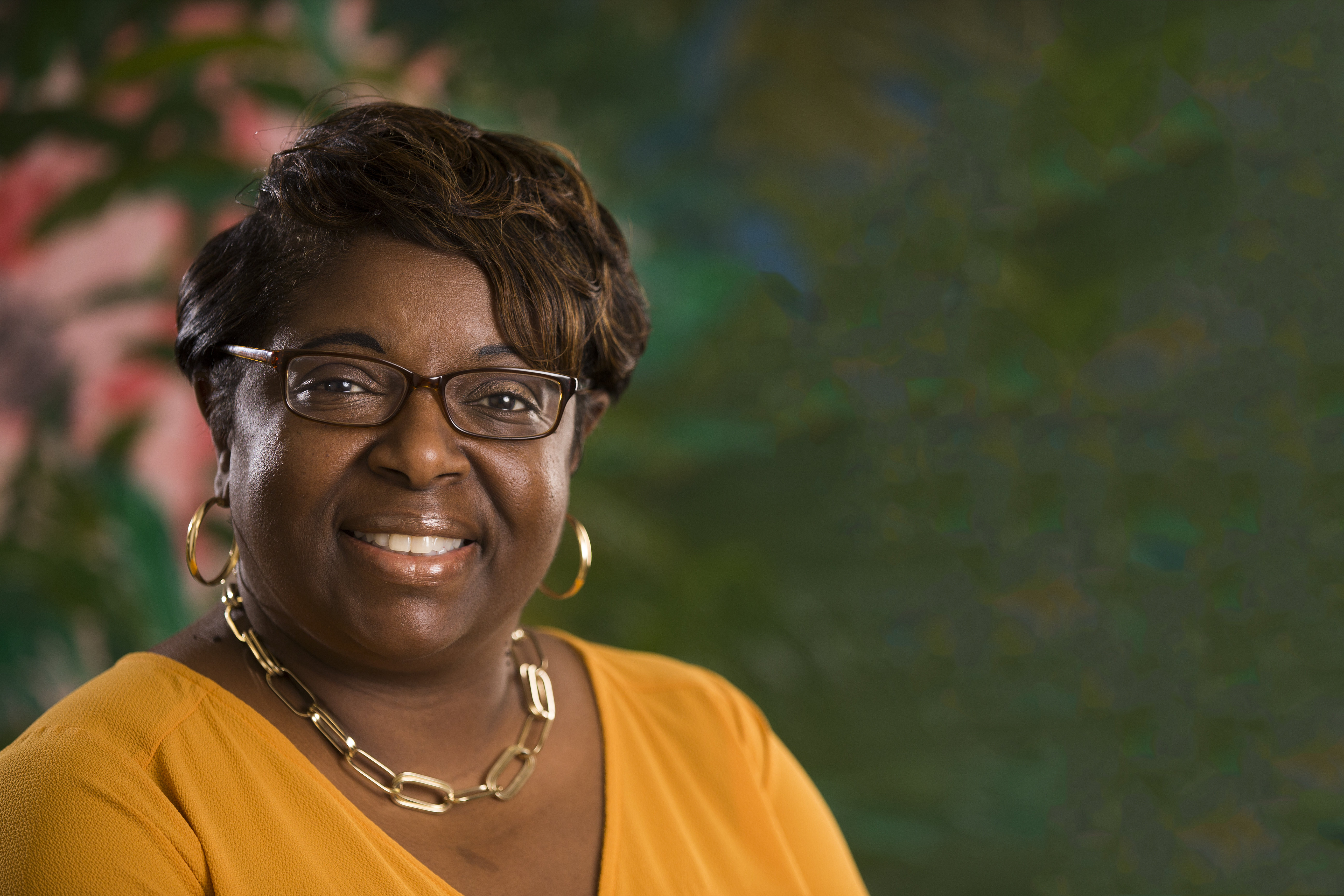 Earning a college degree was on her bucket list. Raised by her grandparents, Anissa Veal grew up in Saint Francisville, Louisiana—a little over a 100 miles from New Orleans and 35 miles north of Baton Rouge.

With an ambition to become an ER nurse, she earned a significant amount of college credits, mostly in the sciences, from three universities in Louisiana—Southern University, Southeastern University and University of New Orleans. Veal was accepted into nursing school at Southern.

But life offered a bit of a detour after the birth of her second son. So, she took a break from school to raise a family.

In 1994, Veal entered the business world where she worked in the federal land acquisition and relocation program to help relocate families. After 17 years in the industry and relocating more than 500 families, she was laid off.

A year later, she was diagnosed with Stage 1 breast cancer. Veal remembers the moment she received the diagnosis as if it were yesterday.

After a lumpectomy in February of 2012 plus 16 rounds of chemotherapy and 36 days of radiation—all while two of her three sons were in high school—Veal was still ready to take on the world.

"I tell people all the time that it's all about your attitude," she said. "I wasn't going to let it stop me from living. Some days, I would get my morning dose of chemo and attend my son's basketball or baseball games the same day."

Now with three grown sons—ages 25, 23, 22—she decided to revisit her bucket list.

After meeting with a LSC-Kingwood counselor, Veal learned that her previous college credits were still viable and that she was only four classes away from earning an associate's degree. In January 2016, she started at LSC-Kingwood and earned an Associate of Arts degree in August of the same year.

Four months later, she transferred to UHD with only 30 hours to graduate.

"You always have to have a game plan," Veal said. "My plan was to get it done in a year."

"My experience with LSC and UHD was wonderful," she said. "Everything was great…my advisors and professors… the transition was smooth…the cost…no loans…and the online classes were so convenient."

Veal's UHD degree represented so much more than an array of future opportunities.

"I'm a single mother of three black men, and I believe that it's important to walk the talk," she said. "My sons see me as an example of what they can achieve with an education."

2017 offered a double dose of celebration for Veal. In addition to earning a Bachelor of Science degree in Interdisciplinary Studies (with a minor in Business Administration), she also celebrated five years of remission—one day after her 49th birthday. "This degree is just the beginning…the sky is truly the limit," she said smiling.

Doll’s successful transition from HCC to UHD is an example of both institutions’ commitment to the Houston Guided Pathways to Success (Houston GPS) initiative. This multi-institutional partnership fosters collaboration among area colleges and universities with the goal of helping students graduate on time and with less debt. Additionally, Houston GPS is focused on streamlining the transfer process between local community colleges and universities.