Third Time Proves to be the Charm 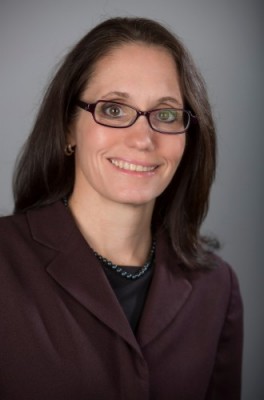 After starting and stopping her academic quest twice, accounting major and today's commencement speaker, Lisa Carpenter, achieves success with a University of Houston-Downtown (UHD) bachelor's degree from the Marilyn Davies College of Business.

The third time proved to be the charm.

Carpenter began her academic journey at UHD in 1995 as a criminal justice major. After only one year, she dropped out. She returned six years later, but her education was interrupted again before earning a degree.

"Many adversities and life kept getting in the way," explained the 44-year old accounting graduate, whose long absences from college stemmed from interpersonal conflicts, family life and job demands.

After a decade, Carpenter made the gutsy decision to return to college and finish what she started—not only for herself, but for her family.

"The main reason I returned to school in 2011 was to make amends," Carpenter said. "My parents paid for my college tuition in my first attempt at college. At the time—fresh out of high school—I didn't understand what a huge sacrifice it was for them financially. I was a pretty big disappointment. They did what they thought was the right thing to do by supporting me financially for years, not realizing how much they were enabling me. I also wanted to make amends to my supportive husband, kids, and grandmother. And, I needed to do it for myself. I was tired of failure. I was tired of disappointment."

Admitting that returning to school after a long hiatus and as an adult-learner would be tough, Carpenter was confident in her ability to make it to the finish line. It was a hurdle Carpenter faced with determination and discipline.

"I had a lot of anxiety returning to college, but the encouragement that I received from the faculty and staff was amazing," she said. "Also, many of the students in my classes are just like me. I was prepared to be the oldest student in my classes, but I was pleasantly surprised to find that a good majority of the students were in very similar situations. Most of the evening students worked full-time, had spouses and children at home, and all have had to make sacrifices to get to where they are today."

Originally a criminal justice major, Carpenter decided to switch gears after gaining experience in the accounting field. She has worked in the accounting industry for more than 15 years and is currently the controller of a large manufacturing company in the city of Houston.

Throughout her undergraduate years at UHD, Carpenter has taken advantage of many developmental opportunities. She is a member of the National Society of Leadership and Success, and the Professional Accounting Society. Carpenter also volunteers at local nonprofit organizations and is on the board of directors at Santa Maria Hostel, and Belinizio.

Those resources made all the difference for Carpenter, who plans on one day transitioning into a career within the nonprofit sector.

In addition to the flexibility of UHD's class schedules and convenient campus location, Carpenter credits some of the University's most important assets for helping her Finish UHD Strong—its faculty.

"Not only has UHD given me the ability to complete my accounting degree, it has provided me with instructors who are extremely dedicated," she said. "These faculty members have taken the time to encourage me and challenge me to do things that I never thought possible."

Third Time Proves to be the Charm