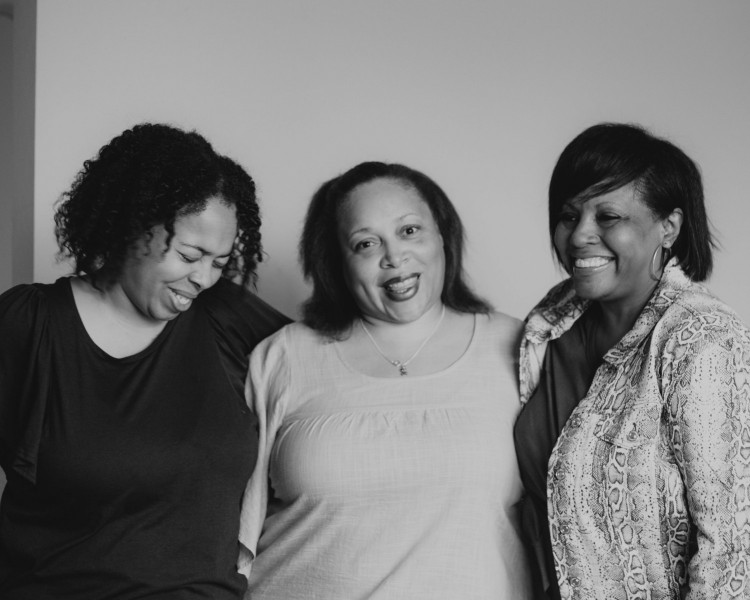 Earning a diploma is a celebration that will be three times as sweet this year for The Lampkin Family.

This December, when the University of Houston-Downtown’s class of 2020 turn their tassels, three sisters will officially earn the designation of college graduates together – an act that was completely unplanned but is a small slice of uplifting news to come out of the otherwise unique year of 2020.

Zanda, 50, Erneka, 43, and Tiffany Lampkin, 36 will be the newest UHD alumni marking a milestone along with more than 3,700 fellow Gators will also celebrate during a virtual commencement ceremony on Dec. 19.

“We are seven years apart with me being the oldest at 50. We didn't plan for this to happen at once, but 2020 happened, and the rest is history,” Zanda said. “It’s just so rare. We all had our own obstacles, and for some reason the obstacles allowed us to be successful this year. I know people look at 2020 as a bad year, but in a sense, I don’t. Never in a million years would I have said, ‘Let’s all go back to school.’ It was just so random.”

Each sister earned college credits during prior stints at other universities, but their personal lives and careers took priority over their scholastic goals which slowed down their graduation timeline. Now, the act of returning to school has paid off, with each sister majoring in Interdisciplinary Studies from UHD’s University College.

Zanda has been taking classes on and off at UHD since 2001. Her job as a business analyst and implementation consultant for a healthcare software company proved lucrative, so she put her academic pursuits on pause as her career became more demanding. However, with 2020 causing furloughs and layoffs nationwide, she finally was afforded the time to focus on her studies and complete her degree. She hopes to return to the healthcare industry once the market improves, but she’s got her eye on a master’s program and is open to the idea of becoming an entrepreneur as a backup plan.

Erneka started taking college courses before she turned her full-time attention to rearing a child as a single parent. When her son was diagnosed with autism at nine years old, it inspired her to return to school so that she could provide for the new circumstances her family faced. Now that she has completed her degree, she plans to work toward her teacher certification and wants to focus on special education in effort to positively impact students who face the same challenges as her son.

Tiffany followed in the footsteps of her sisters. While in college, she found herself attracted to pursuits outside of education, and she put her college plans on hold. Hurricane Harvey forced her family to relocate to Atlanta for a few years, but she always had plans to finish her degree. Thanks to UHD’s virtual programs, she was able to make her dreams a reality, and she has finished her education in the same city she once again calls home. She also plans to earn her certificate as a teacher and work in elementary education.

The Lampkin Family’s timing across the finish line might be a once-in-a-lifetime achievement, but then again, the sisters have shown through their hard work and sheer determination that nothing is impossible in 2020.