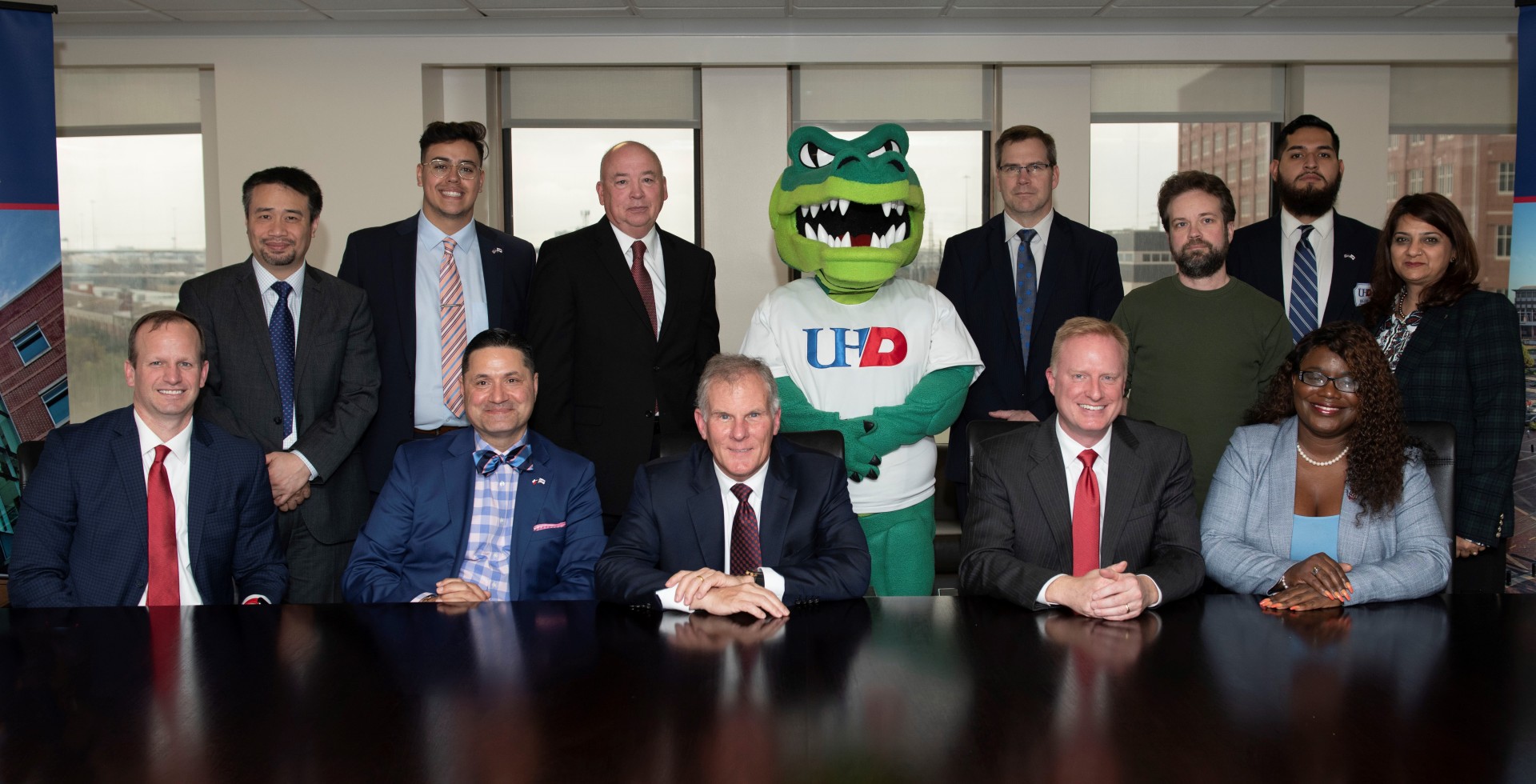 Keller, who was appointed as THECB commissioner in October, is widely known for his policy efforts to boost students’ success – particularly those from low-income backgrounds or first-generation college scholars. Prior to becoming commissioner, he was a clinical professor of public policy practice at the University of Texas at Austin.

“It was a very productive visit, and Commissioner Keller was able to hear from a wide range of university leadership, including the Student Government Association president and the president of the Faculty Senate,” said Dr. Eric Carl Link, UHD Provost & senior vice president for Academic and Student Affairs. We have a strong relationship with the Coordinating Board and this meeting served as a great introduction to the new commissioner.”

Joining in UHD’s discussion were:

In his chief executive role for the Coordinating Board, Keller oversees the state's financial aid programs and stewards its strategic plan for higher education, called 60x30TX. The goals of the plan are to ensure at least 60 percent of Texans ages 25-34 will have a certificate or degree from an institution of higher education in Texas by 2030. Additionally, the initiative requires students complete college programs with identified marketable skills.

“We were able to share a number of key initiatives and developments at UHD—including our positive enrollment gains and increases in both student retention and graduation rates,” Link said.

UHD’s graduation rates among first-time in college (FTIC) students have more than doubled in the past five years from 13 percent in 2015 to 29 percent in 2019. Approximately 3,615 total degrees were awarded this past year. In addition, UHD had its largest freshman class ever in fall 2019 with 1,600 students enrolled.

“Our relationship with the coordinating board has matured over the years,” said Khoja. “In keeping with that spirit, the visit allowed us to showcase the programs and initiatives that UHD offers for academic and career success to our FTIC and transfer student population as well as working adults. These programs allow for more opportunities for social and economic mobility and for retooling of skills, respectively.”

Keller also shared with the group about creating more seamless transitions from junior colleges to UHD. Academically, he is striving for a plan where students would focus on courses that are tailored to their pursuits after graduation. UHD currently has partnerships with Houston Community College, Lone Star College, Lee College, San Jacinto College and Wharton County Junior College. More than 3,000 students transferred to UHD last year. Transfer four-year graduation rates have also increased by 10 percent over the past five years.

After Keller’s meeting with the group, he was given a guided tour of the campus by UHD Blue Coat Ambassadors Emerson Romero and Alan Modrow, along with Tatum and SGA Vice President Jason Lillie.

“The meeting with Commissioner Keller was amazing, because we had the opportunity to highlight all of the great things we are doing at UHD,” Tatum said. “I was pleased to see that he wants to ensure that every student that wants an undergraduate or post-secondary degree will have the opportunity and access to achieve their goals.”