Thanks to being born as a military kid, Joseph “Joey” Farley has had his share of scenic views of the U.S.

Farley’s interest in theatre didn’t happen until his junior year in high school. In fact, he said it was a “pre-prom celebration that included a ‘don’t drink and drive’ skit that my cousin performed on stage. I thought it was cool and I joined him … and I was hooked.”

When he was considering his undergraduate pursuits, he weighed his options with some reservations about job security. “I flipped a coin a hundred times (literally). In a landslide, I decided on theatre with no regrets,” he said smiling. 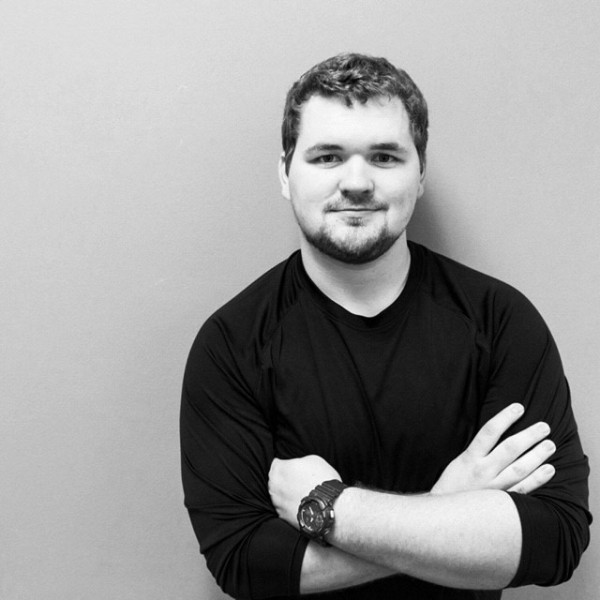 During his undergrad studies, he immersed himself into the theatre program and worked professionally at the Connecticut Repertory Theater as a stagehand, eventually becoming a full-time carpenter for its summer season. At the Santa Fe Opera, he was an apprentice first, then was promoted to supervisor in 2014. Farley earned a bachelor’s degree (with an emphasis in theatre/design) at Henderson State University in Arkadelphia, Arkansas.

This summer, Farley will make his return to the Santa Fe Opera as head of the Stage Department.

Why scenic design? Farley believes, to some degree, that “every person in theatre always does the acting stuff in the beginning. I did act and a bit of dancing.” But it was in high school that he realized his talent for scenic design. “I saw the potential, and it was amazing. I can literally build a random house on stage.”

Farley went on to receive a Master of Fine Arts from the University of Arkansas in Fayetteville. His first job, post-graduate school, was in Houston.

Last fall, he joined UHD as Assistant Professor of Design and Technical Director for O’Kane Theatre, where his job is all inclusive – scenic and lighting design and, of course, teaching. Farley teaches two courses, Introduction to Theatre and Stage Craft. This semester, he’s also teaching Stage Design, in which he incorporates all design aspects into one class.

Even though this is his first time teaching, his undergraduate and graduate experiences lend good advice to his students.

“It’s all about teaching students and showing them the industry. I want to push them to discover their potential. I tell them that you’re not going to fail … you may fall sometimes, but you’ve got to get back up,” Farley emphasized. “Theatre and teaching are my passion. It’s the reason I wanted to become a professor.”

For “The Royale” production, he serves as Technical Director, Scenic and Lighting Designer. Along with O’Kane Theatre faculty members Tim Klein and Luke Fedell, “I assist in creating the world they have imagined based on their imagery and words.” Any hurdles? “The fun 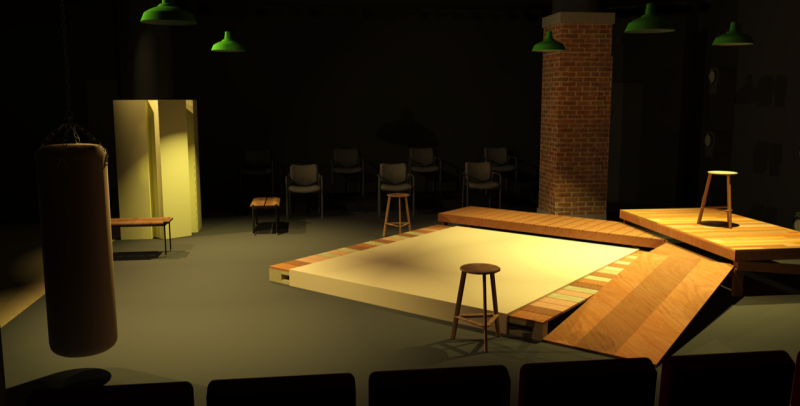 part of scenic design is to overcome the challenges. I prefer working in smaller venues, like the O’Kane Theatre, because the set must be much more detailed and calculating. My training derived from a more realistic design versus the more abstract.”

“Right now, this production is extremely relevant in so many ways,” Farley said. “The main character is left with a choice to progress or keep things as is. Lighting is playing an important part to give the actors these moments to really see inside their souls … real life.”

Speaking about what production scenery made an impression on him, he added, “Years ago, I visited New York and went to see the Broadway production of Natasha, Pierre & The Great Comet of 1812 (based on a segment from Leo Tolstoy’s War and Peace). I never experienced such scale, and it further validated what I wanted to do in theatre.”