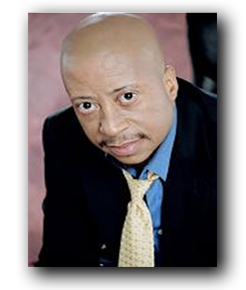 SMUDGE tells the story of a young couple, Nick and Colby, who have all the expectations that most of us dream of about our child to be. But what they have achieved through their coupling is so shockingly far from their expectations that it is hard to believe. Coming to terms with that reality takes them on a life altering, and often humorous journey of self-discovery and acceptance.

Two-time Emmy Award winner, Rachel Axler, forces her characters, and us, to come face to face with our fears, our shortcomings, and ourselves in this poignant dark comedy about parenthood.

The other offering of Landing Theatre Company this season is a collaborative project with Mildred's Umbrella Theater Company and Wordsmyth Theater Company on a new play development series called The New American Voices Play Reading Series featuring four nights of new plays. The new series runs from Thursday, July 5, through Sunday, July 8, in UHD's Robertson Auditorium on the third floor of the Academic Building. Readings begin at 7 p.m., except for Sunday, which begins at 3 p.m. Each reading is followed by a half hour talkback with the playwright, cast and director.

This year's series features writers from all across America. The selected playwrights include Kevin Kautzman from Austin, TX; Reginald Edmund, a native Houstonian residing in Chicago, IL; Aleks Merilo from Portland, OR; and James McLindon from Northampton, MA. There is no cost of admittance for this series.

The New American Voices Play Reading Series is a new annual series presenting the most promising work by American writers. The Series, which was created to provide a platform for the craftsmanship and stories of American writers, is designed to help playwrights further develop their work through constructive interaction with informed audiences.

The Festival received 50 submissions of full-length plays from a national search, out of which a blind panel chose this year's four finalists.

For the New American Voices Play Reading Series, TLTC has partnered with Mildred's Umbrella Theater Company, which has been committed to producing new work since its inception, and Wordsmyth Theater Company, devoted entirely to the development of new work.

The Landing Theatre Company is a professional company in residence at the University of Houston-Downtown. Artistic Director David Rainey created the company in the summer of 2010 to help build bridges between profession and training. The company offers an annual summer festival of plays devoted to American playwriting and stories about the American experience.

Tickets to Rachel Axler's SMUDGE are $20, and are available for purchase online at www.landingtheatre.org beginning May 1, or at the door. The July 13 Preview performance is $15. Student rates are $10. Group rates (10 or more) available for $15 by contacting the company at info@landingtheatre.org. There is no cost of admittance for the New American Voices Play Reading Series.