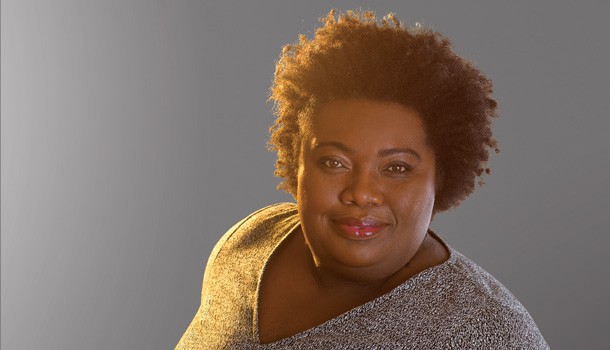 ​​In the “About” section on her LinkedIn page it says: a general practice attorney who is passionate about equity and access—something that UHD alumna Fran Watson knows firsthand.

From an early age it was about survival. In Watson’s early teens, she took on the role as caretaker for her family and was expelled from high school in tenth grade.

She failed ninth grade, but somehow was promoted to tenth grade. Eventually, she was expelled from high school due to absences. At the age of 16, she was called into the assistant principal’s office and was told that the “State of Texas is no longer responsible for you due to your absences. We are expelling you.”

“That’s why access is so important to me. I know what it’s like to slip through the cracks,” she said. “Young Black girls are expelled and/or suspended at higher rates than white female students. Now, I understand so much clearly because of my experiences.”

Post-high school, Watson worked two jobs (Wendy’s and Luther’s Bar-B-Q) where she was constantly encouraged to aspire to bigger and better things, such as management. “Every place I worked, people saw potential in me. I’d change the subject, and say, ‘That’s not really something I want to do.’ I was embarrassed because I’d been expelled from high school and I didn’t have a high school diploma,” she said. But her manager at Luther’s kept encouraging her, and she finally admitted that she didn’t have a high school diploma. He told her that he didn’t have one either, but he had a GED. “I didn’t know what that was,” she added.

She began working the night shift to study for the GED and looked online for places to take the exam.

“I was simply taking the GED so I could apply for a manager position. I had no intention of going to college,” she said smiling. She soon discovered that UHD offered the GED Exam.

A few months after Watson received her results, “the testing proctor said that my scores were high enough to get a scholarship. She literally walked me to the registration desk, and I enrolled in May and was taking my first class (Introduction to Psychology) by August.

“I will always be forever grateful to UHD. I know God put me at UHD on this journey,” she added. “I don’t take the stance of ‘pulling yourself up by your bootstraps’ mentality. I know it was the support at UHD that brought me through.”

Her gratitude extends to UHD whenever she is asked— from participating in a mock trial as a coach to speaking at various University events. Watson is also the recipient of the UHD’s Pre-Law Society’s Mock Trial Coach Award of Appreciation.

Watson graduated from law school during the economic downturn and was unable to find a job, so she opened her own practice (F. Watson Law, PLLC). She campaigned for the Houston Equal Rights Ordinance in 2015. In 2016, she was served as Female Grand Marshal of the Houston Pride Parade. The Houston Business Journal named her as one of its “40 Under 40” honorees and the League of Women Voters of Houston bestowed Watson with the “Rising Star Award.”

In 2017, she ran for the Texas Senate seat for District 17 with the campaign moniker: “People First.” She didn’t win, but she’s keeping the door open. Right now, she finds her work as an Associate Municipal Court Judge for the City of Houston the most gratifying.

“Being able to talk to the people and make them feel they are being heard in the courtroom is empowering,” Watson emphasized. “I will never close the door to running again because I know that the State controls the funding and where it goes.

“Sometimes it’s hard to believe when I look back on my past. I think about the times when there was no water or lights,” said Watson. “No matter what happens there is a purpose for me … I’m supposed to be here. I always had this big fear that I would be dead by 29, like my mother. Now, I’m thinking about retirement and what’s in store for my future.

My life is all about hope … hope is what drives me … I live it, feel it and believe it. I know there’s always something shared among people who have experienced hardships. I know how my life was, what my journey has been and where I am now.”