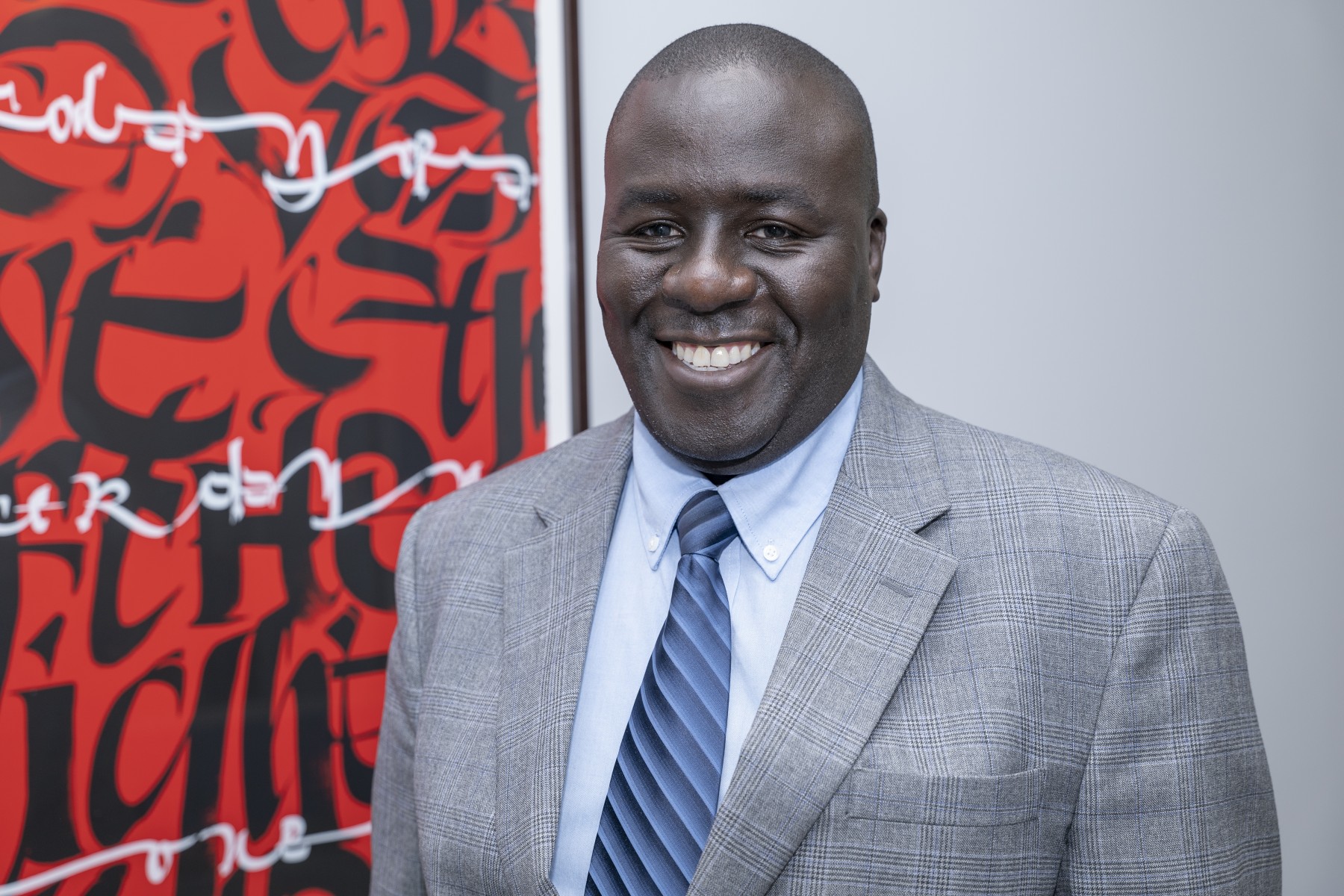 His last name is pronounced "Indi-at-see," but you can call him "John."

This is the easygoing and humble nature of Dr. John Indiatsi.

His eventual journey to UHD begins more than 13,700 kilometers or 8,521 miles in Kenya (Eastern Africa). He was born in the country’s Western Province and grew up in Great Rift Valley.

Indiatsi’s immersion into higher education began as an undergraduate at Kenyatta University in the capital of Nairobi where earned a bachelor’s in secondary education to become a high school teacher … which he did … but he made a discovery.

“After teaching for a year and a half, I felt that I didn’t belong there,” said the Director of Academic Advising in UHD’s University College. “I realized that I wanted to work with older students … in higher education.”

So, he returned to Kenyatta University in pursuit of a master’s. Soon after, he abandoned his studies and joined one of the university’s satellite campus centers as a coordinator.

“After two years, I was really struggling because I never managed or led a program," he said. "I knew that I needed to go back to school not for just anything but for higher education administration.”

From Kenya To Texas?

He began to search for universities with a master’s program that would set him on the right path, and he quickly learned that that vast majority were in the U.S and a few in Australia. Eventually, he landed at Texas Tech University in Lubbock.

“My goal was to earn my masters and return to my job in Kenya. My advisor told me that I had good grades ... and asked, ‘Have you thought about getting your doctorate?’ I didn’t think twice,” the 47-year-old said smiling.

Not long after earning a Ph.D. in in Curriculum & Instruction, his best laid plans to return to Kenya began to fall apart when he received an offer to teach freshman seminar at the University Wyoming as a visiting assistant professor.

Unfortunately, Wyoming was too cold, and with arrival of his wife to the states. Indiatsi decided to join his wife, in Midland, Texas. After working for a small company in Midland, he joined The University of Texas Permian Basin in Odessa where he served as Director of Academic Advising and an instructor in the College of Education.

After seven years at UT Permian Basin, Indiatsi joined the University of Houston-Downtown in July.

“I wanted a different experience,” he emphasized. “When I was working on my doctoral studies, I took a number of classes in urban education. I always felt there was a different side to urban schools and that’s where I wanted to be and learn.”

The one thing that stood out to him about UHD was its support of its students.

“I’ve never been to an enrollment rally before,” he said. “Learning about how much money is dedicated to scholarships, grants and programs for students; I knew I needed to be here. For me, it’s much more than getting deeper into urban education and its dynamics. I want to make my contribution to supporting students. At UHD, it is very clear … it’s about student success.”

So, what does he think about the students?

“I love them,” he said. “It’s a very new experience for me. A commuter school offers a different dynamic … our students have to balance work, school and family. I learned earlier on that our office needed to find more effective ways to increase our touchpoints with students … like text messaging and events such as Lunch With An Advisor … whatever we can do to bring them closer to us for support. We want to be the first contact for our students, who may need assistance beyond academic advising, to lead them in the right direction.”

His philosophy on academic advising is about independence.

“I always look at advising as an opportunity to teach students independence that leads to growth,” he said. “As we work with our students, we want them to become problem-solvers who seek information when they need it, open-minded to accommodate different views and the willingness to move out of their comfort zone.”