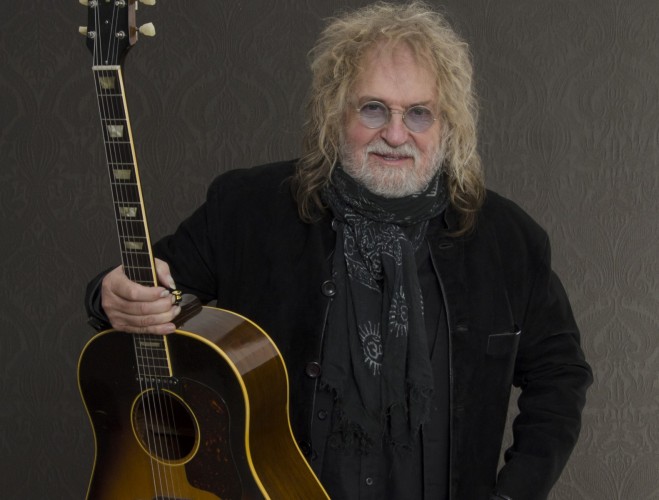 The opening line of Jerry Jeff Walker’s “Viva Terlingua” album helped introduce audiences around the world to this week’s headliner at the University of Houston-Downtown Thursday Night Concert Series at Discovery Green.

“This next song is by Ray Wylie Hubbard,” says Walker before launching into the classic, “Up Against the Wall, Redneck Mother.” The off-kilter country tune is just one of many songs written by Hubbard and recorded by either himself or other kindred musical spirits (including Walker and others).

Hubbard grew up in the Dallas area and attended high school with fellow musician Michael Martin Murphey. He performed on the folk circuit in Texas and New Mexico and eventually struck paydirt when he composed “Up Against the Wall” for the rising star Walker.

A record contract followed but Hubbard felt compromised by the constraints of commercialized music. After 1976’s “Ray Wylie Hubbard and the Cowboy Twinkies,” he returned to playing the music that inspired him most, a blend of folk, rock, country and blues.

Fast forward to 2019 and Hubbard has 17 albums under his belt, including his latest “Tell the Devil That I’m Getting There As Fast As I Can.” The title track, a laconic fable driven by shuffling beats and hazy guitars, pairs the venerable Hubbard with Lucinda Williams.

UHD News caught up with Hubbard to talk songwriting, collaborating with other artists and the beauty of being a Texas songwriter.

Ray Wylie Hubbard: Well, I paid off my house two years ago. I told my guitarist and drummer to find another gig because I was done. I realized, however, that music is still a joy for me … writing songs, singing, seeing people laugh and have a good time. I get a lot of enjoyment out of it.

UHD News: Many artists have performed your songs. Are there any favorites that stand out to you?

Ray Wylie Hubbard: I really appreciate Eric Church co-writing “Desperate Man” with me. And, I’ve written with Pat Green, Hayes Carll and a lot of other Texas guys. I enjoy that. I can’t say there’s one particular artist who’s recorded my songs that really stands out. I’m just appreciative of working with so many talented musicians throughout my career.

UHD News: What kind of advice do you usually impart on younger musicians?

Hubbard: If they’re a songwriter, I usually tell them to read “The Grapes of Wrath” rather than just listen to Bruce Springsteen’s “The Ghost of Tom Joad.” Reading is very important. I also advise them to learn about publishing … to protect their songs. I encourage them to learn about the business of music. When I started out, it was about beer and girls. I learned later it was about protecting your craft.

UHD News: Texas has been your musical home base for decades. What is it about the state that’s inspired you as a singer-songwriter?

Hubbard: Texas has always been home to so many great songwriters … Billy Joe Shaver, Townes Van Zandt, Guy Clark. The bar is set pretty high. That’s the level I try to aspire to. I want to write the best I can.

A lot of people ask me what the difference between Texas and Nashville is. In Nashville, you write songs to get someone to record them and hopefully, make some money. In Texas, it’s a lifestyle. That’s who you are—a Texas songwriter.

UHD News: Much of your career has been spent going against the grain. You didn’t conform to the Nashville sound or other traditional musical styles.

Hubbard: I think that’s a trait of Texas songwriters. There’s an independence to write about whatever you want to write about. That freedom here in Texas to write about anything is great. You’re not in a box. You have creative freedom to make your songs the best they can be.

Living in Texas, I’ve seen many great musicians … Lightning Hopkins, Freddie King, Ernest Tubb, Gary Stewart, Waylon Jennings, and Max Lipscomb. Having this mix of folk, blues, country and rock was great. I am fortunate to have seen these artists perform live and be influenced by them. They inspired me to not be confined to one area.

Ray Wylie Hubbard performs at this week's Thursday Night Concert at Discovery Green. Music begins at 7 p.m. This week's concert is hosted by UHD's College of Sciences & Technology and the College of Humanities & Social Sciences.