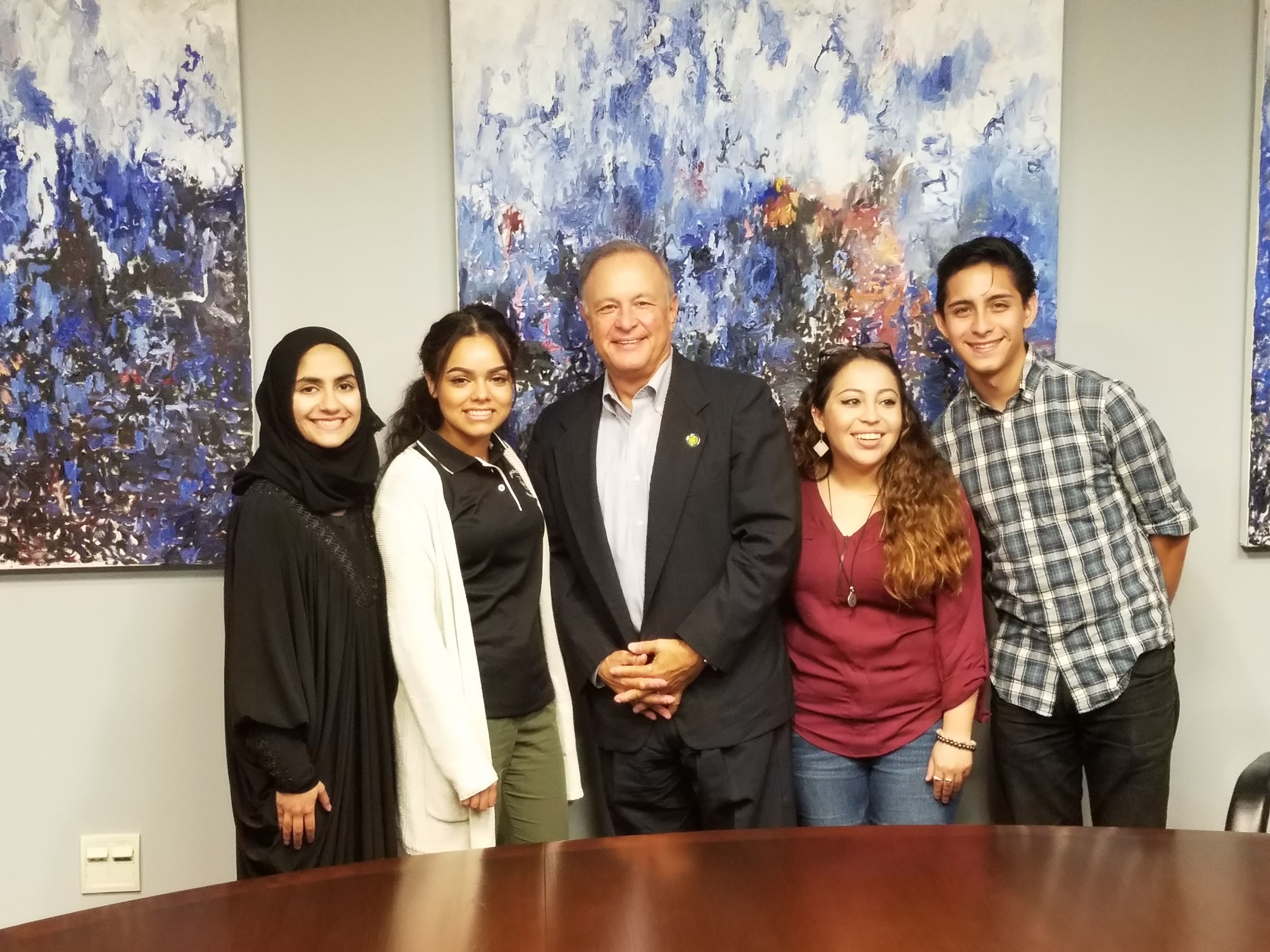 Texas Secretary of State Carlos H. Cascos paid a visit to the University of Houston-Downtown (UHD) campus on Aug. 23, meeting with UHD Interim President Michael A. Olivas and students to learn of how the University is changing lives and building futures through community engagement.

Cascos was appointed Secretary of State in 2014 by Texas Gov. Greg Abbott and will serve as the featured speaker at UHD's 2016 Community Engagement Luncheon on Sept. 15. Born in Mexico and becoming a U.S. citizen in adolescence, Secretary Cascos attended Brownsville, Texas public schools and is a graduate of the University of Texas at Austin. As Secretary of State, Cascos serves as senior advisor and liaison to the Governor for Texas Border and Mexican Affairs, and as Chief International Protocol Officer for Texas.

As Texas' Chief Election Officer, Cascos assists county election officials in ensuring the uniform application and interpretation of election laws throughout Texas. In this role, he encouraged a small group of UHD students to be active in the electoral process, and to encourage others to vote.