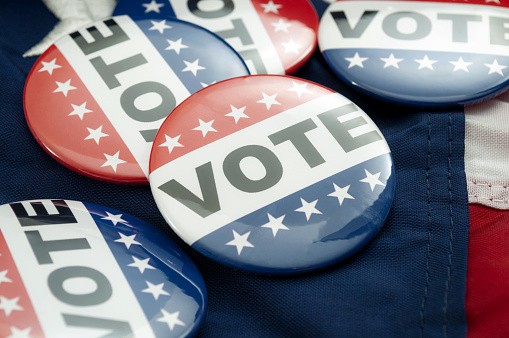 Students, faculty and staff at the University of Houston-Downtown have an opportunity to make their voices heard during the Texas Primary Election on Tuesday, March 1. Polls are open from 7 a.m. to 7 p.m. You can view your personalized, non-partisan voter guide online.

One of the following forms of photo ID is required for voting:

However, if you don’t possess one of the above forms of ID or a valid photo ID, you can fill out a declaration at the polls stating a reasonable impediment to obtaining it, according to the Harris County Elections Administrator’s Office. In such a case,  the following forms can be accepted:

For any additional questions or concerns, contact the Texas Secretary of State Elections Division at 800-252-8683; contact the Harris County Elections Administrator’s Office at 713-755-6965; or email voter@harrisvotes.com.