A Houston area police department is featured along A-list stars in the pages of People magazine this week after catching a thief who taunted them on Facebook.

When 17 cars were broken into in one night in November, Facebook was the first place they went for help, posting mugshots of the suspects.

They were shocked to find the man they were looking for, Rolando Lozano, commenting on his photo saying, "F*** all yall, I'm innocent, catch me if you can."

Lozano, who was accused of stealing GPS units, sunglasses and perfume from cars in the neighborhood, spoke too soon.

As he was typing another comment, police were driving to his relative's door to pick him up. He was arrested just 5 minutes after his first post.

"He wasn't taunting us," said Lt. Brian Baker, "he was taunting the community."

On Tuesday, the Rosenberg Police Department posted on Facebook: "We'd like to thank People Magazine for featuring our "catch me if you can story."

Baker graduated from the UHD Criminal Justice Training Center in 2004 and was hired by Rosenberg Police Department upon his graduation. In 2009, he was promoted to Sergeant, and in 2011 he was selected as 'Employee of the Year' and 'Supervisor of the Year'. He was promoted again in 2013 to Lieutenant. He is a Team Leader for the West Fort Bend County Regional SWAT team, held a leadership role in the department's Field Training Program, Jail Division, Traffic Division, K-9 Division, Bicycle Patrol and Honor Guard. 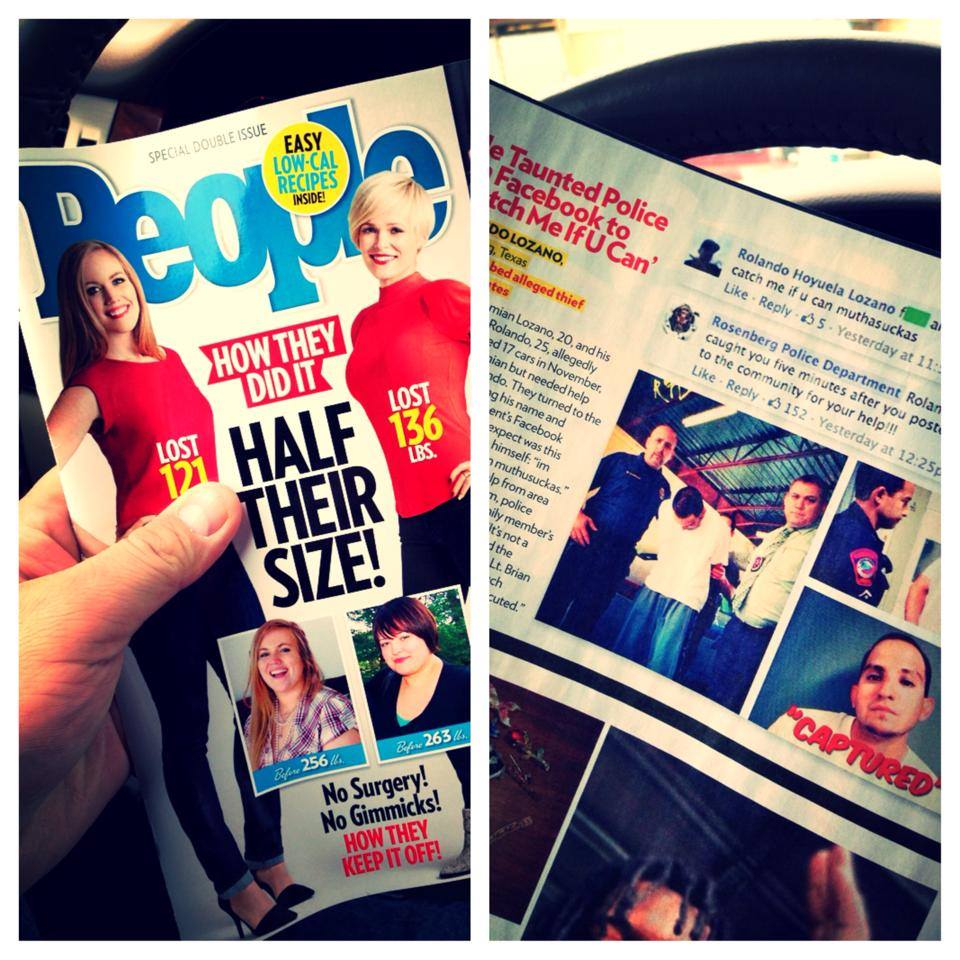