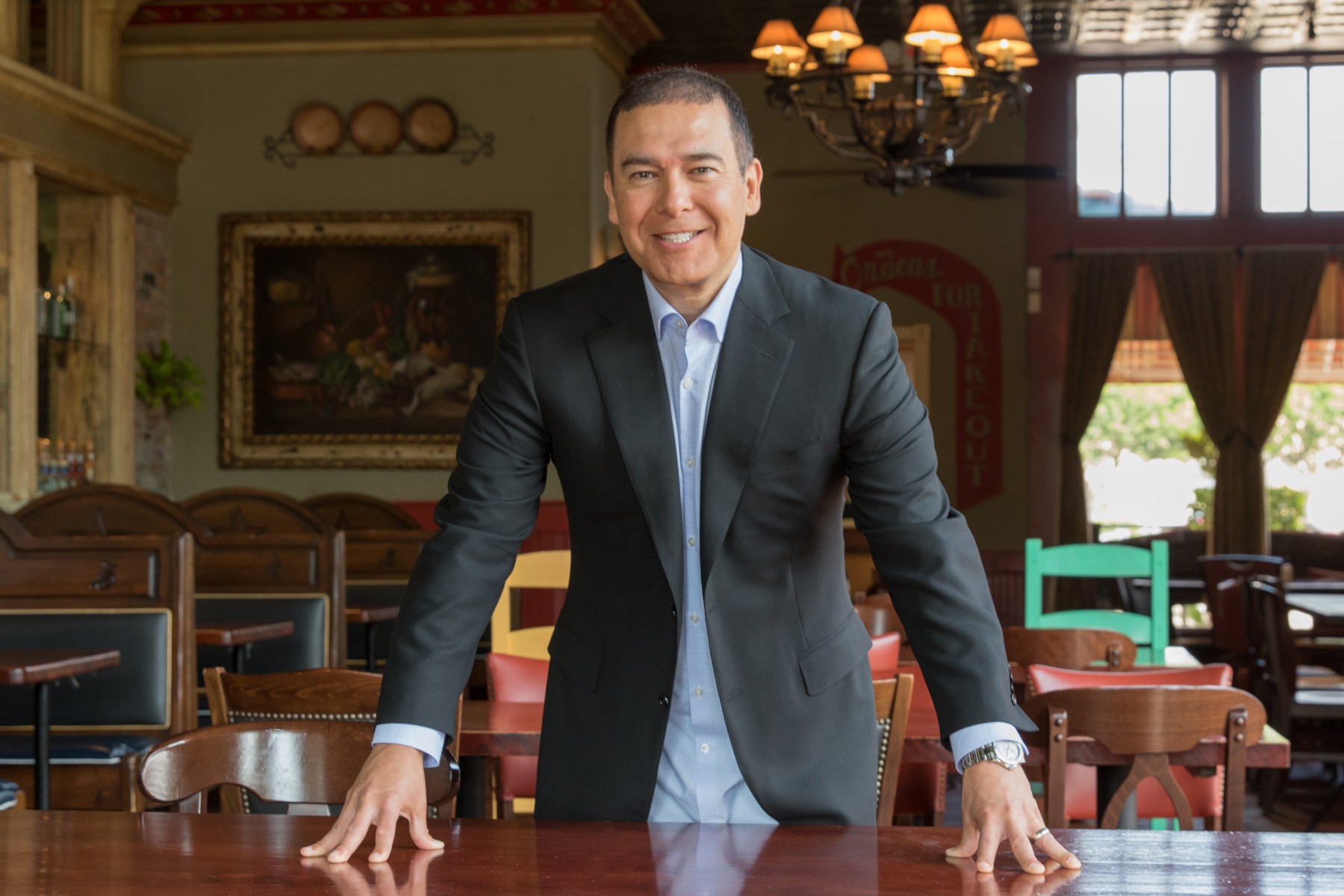 He’s a self-proclaimed “Master Enchilada Roller” and an alumnus of the “University of Hard Knocks.” Soon, Russell Ybarra, president and CEO of Gringo’s Mexican Kitchen, will have another title to add to his resume—Social Work Person of the Year.

The University of Houston-Downtown’s College of Public Service selected Ybarra for this honor based on his tireless efforts to support the community and his commitment to veterans. He will be formally recognized at 5:30 p.m., Thursday, Feb. 20 in Room C100 of the Commerce Street Building.

A veteran restaurateur, Ybarra has grown Gringo’s from the original Pearland location into a citywide chain. He also has developed successful sister eateries, such as Jimmy Changas, Burger Libre, Bullritos and The Lunch Box.

Ybarra prides himself on providing exemplary service to his restaurants’ customer base. That dedication extends to the Greater Houston community. Among the core values he instills within each of his businesses is “Reinvest in team members and the community.” As a result, Ybarra encourages community engagement and contributing to area schools, little league teams and other organizations.

He also is passionate about helping those who serve and have previously served in our nation’s armed forces. Ybarra has been particularly active supporting Camp Hope, which aids veterans with combat-related Post Traumatic Stress Disorder (PTSD). Last year, he launched the initiative “Every Queso Counts” at both Gringo’s and Jimmy Changa’s. This promotion coincided with PTSD Awareness Day and committed 100 percent of each restaurant’s queso sales to Camp Hope. In turn, the organization matched the funds raised by Ybarra’s eateries. Previously, Ybarra and Gringo’s y collaborated with TexasTransEastern to promote Camp Hope through mobile billboards and massive truck wraps.

Within his own organization, Ybarra has worked diligently to support his  employees by offering competitive wages and benefits.

“If you would have told me I opened this restaurant in ’93 that one day I’d pay for funerals, vehicles, houses and surgeries, I would have never believed you,” he told the Houston Chronicle in a recent interview. “At the core of it, it’s about our people, which we consider our first stakeholders.”

A complete bio on Ybarra and additional details regarding Gringo’s Tex-Mex are available here.