Syneetra Williams: Age is No Obstacle to Pursuing a Dream 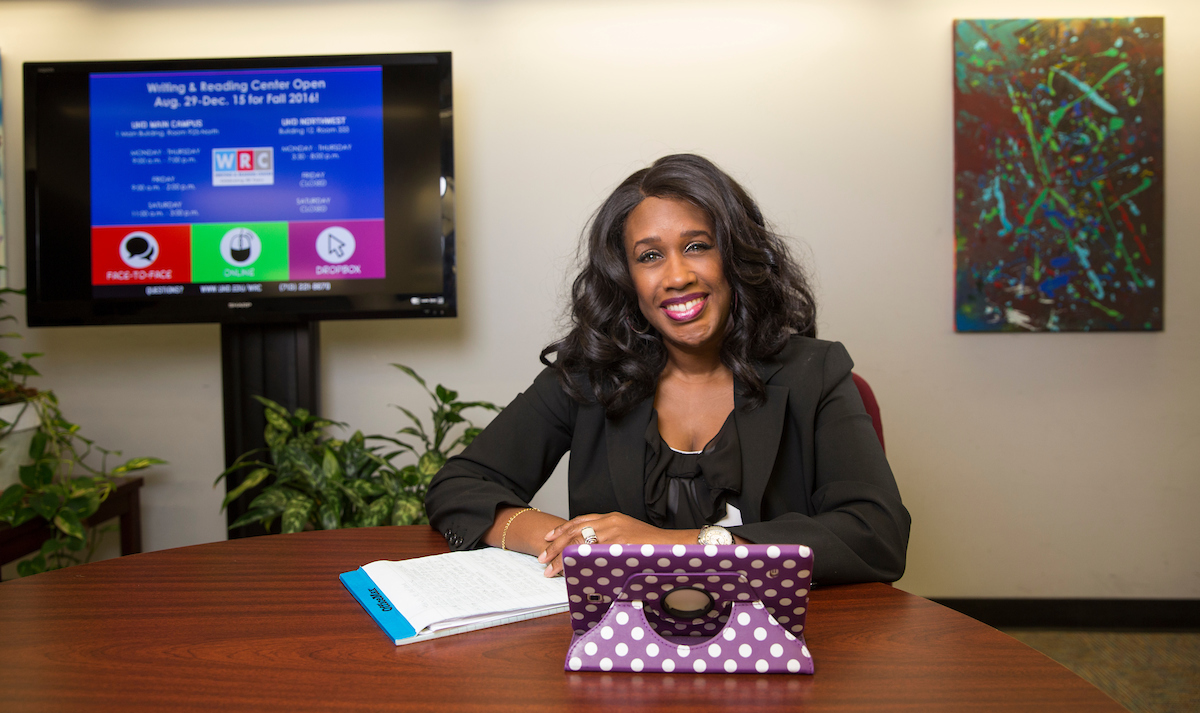 Adult students often worry that they're too old to complete their degrees, but their zeal, life experiences and perseverance can give them an extra edge over their peers.

Non-traditional, adult student and senior Syneetra Williams can attest to this way of thinking. Her philosophy: "age is no obstacle if you're motivated."

Williams was born in Elyria, Ohio and raised in Bridgepoint, Connecticut. As a young adult, she developed a love for writing and storytelling. That love, along with a passion to keep people informed, inspired her pursuit of a career as a journalist.

Married and living in Memphis, Tennessee, Williams began her educational career studying journalism at the University of Memphis. She wrote for The Commercial Appeal Newspaper—Memphis breaking news leader—and Grace Magazine, a publication committed to preparing women of color and their families for challenges ahead through informative articles. She's written several feature stories, book reviews, editorial and opinion pieces, and even interviewed top celebrities, such as E. Lynn Harris, Shemar Moore, and Al Green.

But before she could earn a degree or land her dream job, life interrupted. Williams' plans quickly took a back seat when her life was turned upside down by marital separation.

Time passed and circumstances changed. Williams relocated to Houston and enjoyed a career in aviation. Once she discovered the professional writing degree program at University of Houston-Downtown (UHD), it was time to get back to work—consequently school!

In 2014, Williams enrolled at UHD for a Bachelor of Science in Professional Writing.

"I want to finish because I just don't feel whole," said Williams. "Something is missing, and it really means a lot to me to finish what I started years ago."

Prior to UHD, Williams received an associate's degree in graphic design from Houston Community College. With dreams of becoming a writer for a magazine, she's thought it'd be a smart idea to merge the two skills.

"Usually graphic designers are not writers and writers don't know anything about design, I thought to myself… can the two become one?"

When Williams is not studying up a storm, she's tutoring her peers at the UHD Writing and Reading Center. She's an avid photographer, and writer for The Macaroni Kid—a family publication committed to keeping readers in the know about news and community events. She's also a producer and co-host for All About You with OMG and Friends radio show, on The Bridge of Light Radio Network (TBLR).

Committed to serving the community through volunteerism, Williams serves as the Houston Community College Alumni Association's Advisory Council's recruitment chair. Through her academic achievements at UHD, she has earned a membership with The National Society of Leadership and Success Honor Society, Sigma Alpha Pi Chapter. Recently, she was invited to join Sigma Tau Delta International English Honor Society, the Kappa Omega Chapter at UHD. Williams is the true definition of a balancing act.

Williams, 53, is striving for excellence no matter what. She freely admits she wish she would have earned a degree sooner, but also realized it's never too late.

"No obstacle is going to beat my educational resolve," said Williams.

Syneetra Williams: Age is No Obstacle to Pursuing a Dream