A large team of students from the University of Houston-Downtown (UHD) joined the Coalition for the Homeless of Houston/Harris County for the 2014 Homeless Count recently in an effort to ultimately reduce the incidence of homeless youth in the region.

The purpose of the annual homeless count, performed nationwide each year in the final 10 days of January, is to assess the number of homeless individuals and families in the region, in addition to gathering data pertaining to the age, mental health, race, veteran status, and incidence of domestic violence and substance abuse among this population.

Recenlty, the Coalition gathered more than 500 volunteers from 10 staging points across Greater Houston to canvass the region and survey area homeless. The Homeless Count - a requirement of the U.S. Department of Housing and Urban Development (HUD) - is critical to the local Continuum of Care funding process, which brought more than $25 million to homeless assistance programs in Houston, Harris and Fort Bend Counties in 2012.

In last year's "2013 Youth Count!" - a pilot project conducted in Houston and eight other national cities - the Coalition surveyed nearly 200 local unsheltered and sheltered youth aged 12 to 24. One third of these respondents had children of their own and one in six females was currently pregnant. The Homeless Youth Network of Houston/Harris County (HYN) board, based on information from local shelters and non-profits, believes the actual number of unstably housed youth is much greater.

Faced with these startling statistics, in addition to the exposure to homelessness at an urban university, a core group of UHD students has taken the initiative to join the city's efforts in reducing homelessness, especially among Houston's youth. UHD undergraduates routinely pass homeless individuals seeking shelter nearby, and even become classmates with unsheltered or precariously housed fellow students.

"Ignoring the downtrodden who seek shelter near campus only contributes to the homelessness problem," said Locke, a junior psychology major. "As UHD students, it is incumbent upon us to take action and become a part of the homelessness solution. Together, we can help make a difference by working to support them instead of turning a blind eye."

Locke, and other students intent on reducing homelessness near campus, is recruiting fellow students to join their volunteer efforts at local homeless shelters, including the Montrose Grace Place and Food Not Bombs, among others.

"I applaud the passion and initiative taken by these undergraduates to work toward change and a resolution to homelessness in Houston," said Bezette-Flores. "Opportunities such as this one greatly broaden their perspectives, enabling them to see practical life outside of the classroom and ways in which they can provide their talents and time to contribute to the greater good."

Based in part on the Coalition's intervention since 2011, Houston has realized a 28 percent drop in the region's homeless count and a 27 percent increase in transitioning the chronically homeless into permanent housing.

"The key to solving homelessness is understanding who is homeless," said Gary Grier, project manager at the Coalition for the Homeless of Houston/Harris County. "The 2014 Homeless Count provides us with invaluable information we will use to tailor intervention programs and create lasting solutions for homeless adults, youth and families in Houston." 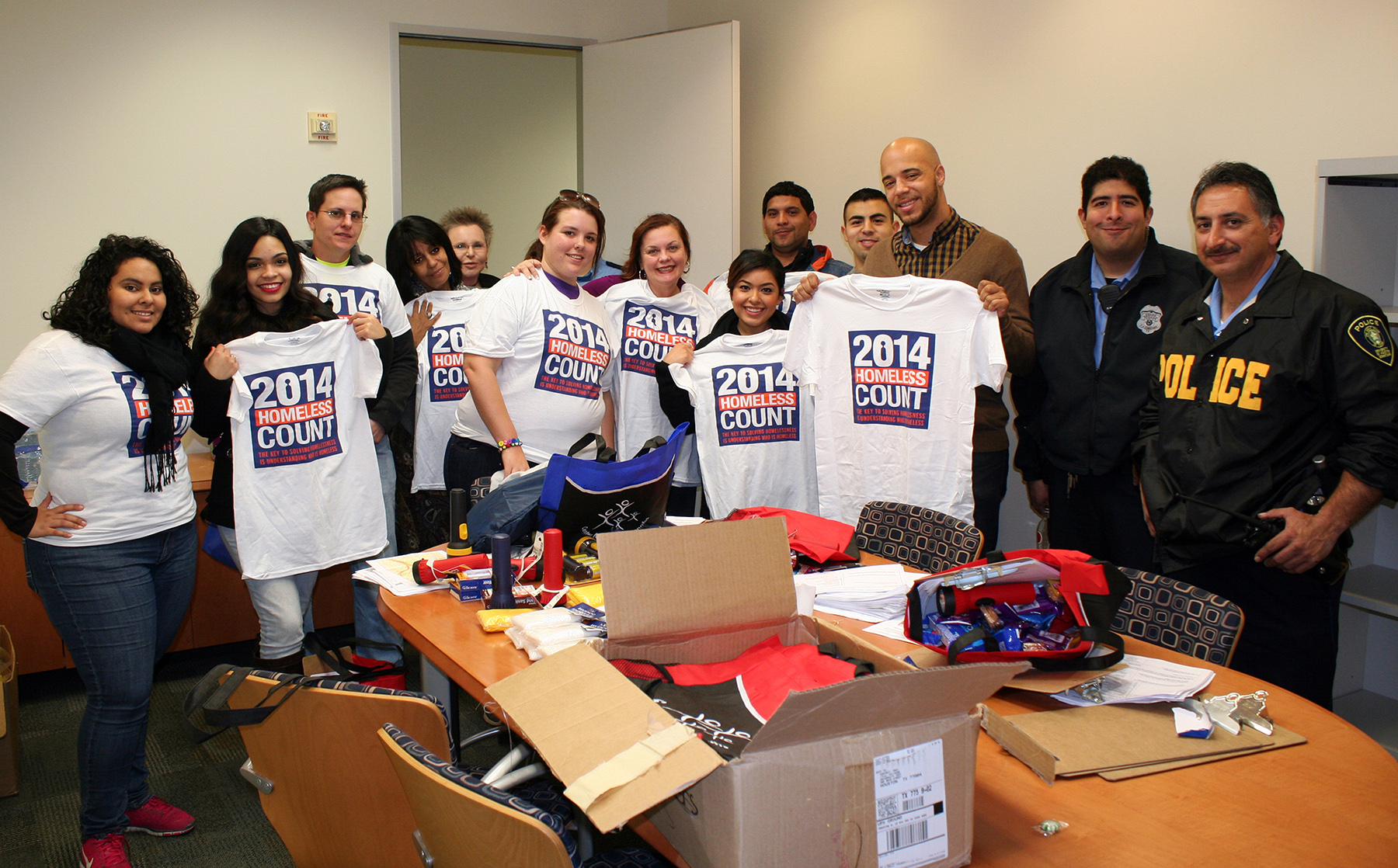 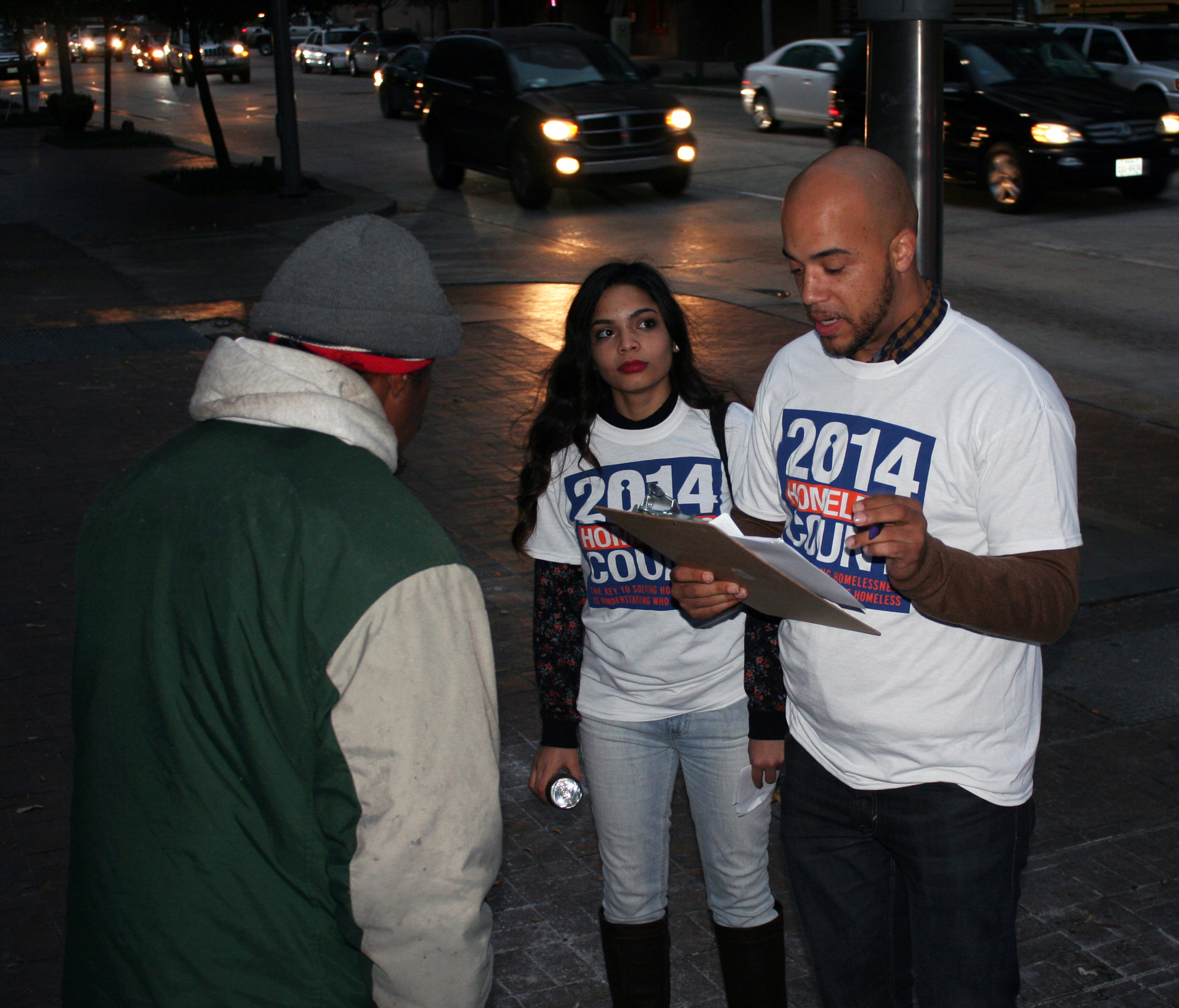