Students in the Spotlight During Mayor’s Internship Program Luncheon 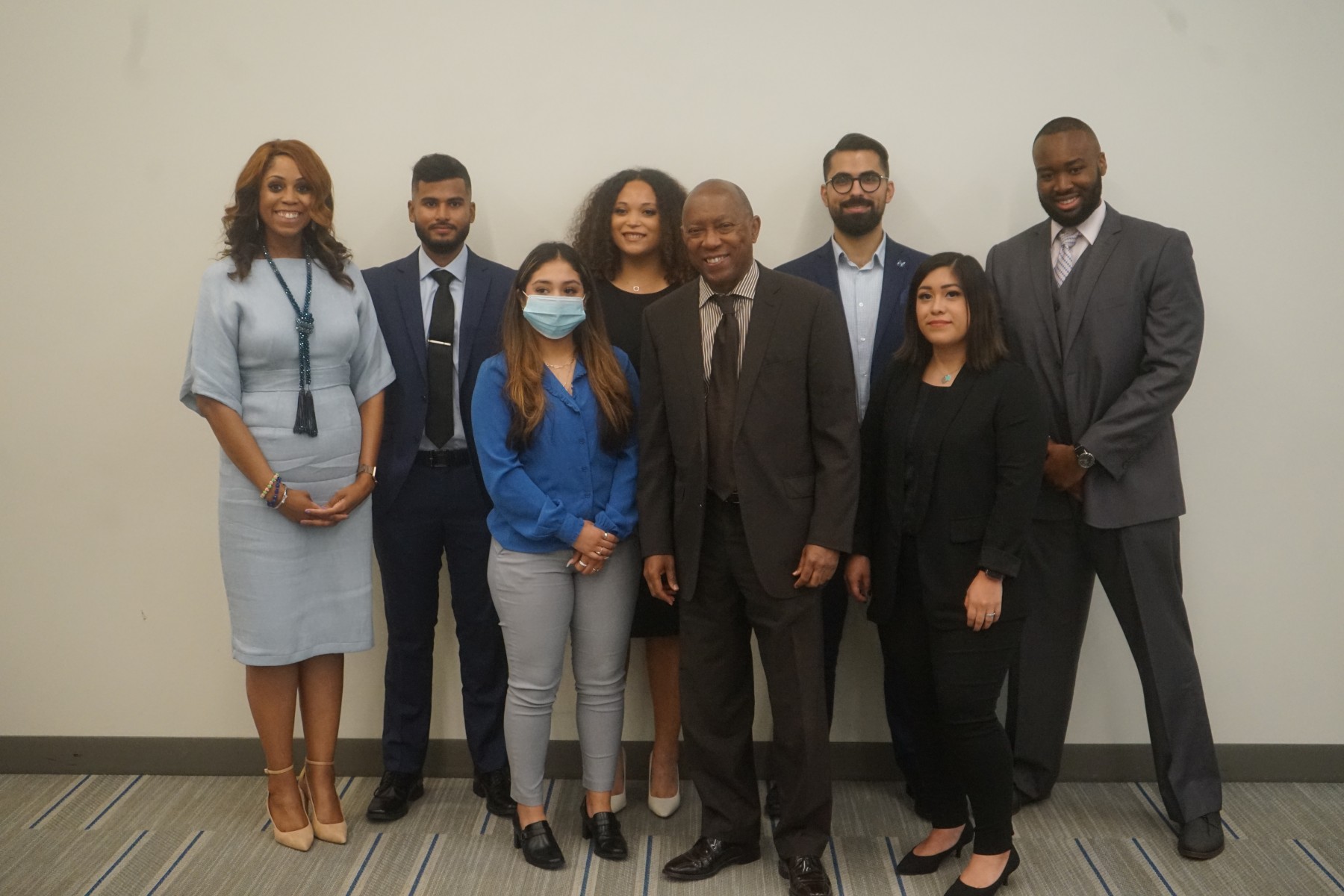 Each day, the students of the University of Houston-Downtown work hard to effect positive change on campus and in our communities. Whether it’s through volunteer work or civic engagement, Gators are making a difference in our city.

This summer, seven students took their service to a new level as participants in the inaugural City of Houston Mayor’s Summer Internship Program. On Sept. 28, these students shared what they learned from working alongside city leaders during a special luncheon hosted by UHD President Loren J. Blanchard and attended by special guest Houston Mayor Sylvester Turner.

“I strongly believe in experiential learning,” President Blanchard said. “The opportunity to take what is learned in the classroom and apply it in a work setting is invaluable to our students and will have a meaningful impact on their careers.”

“To have interns from the University of Houston-Downtown has worked extremely well,” Mayor Turner added. “We’re not just bringing them in to do filing or sorting papers. We want them to receive real-world experience. They have put together my press statements, helped with our commercials, staffed events in the city and addressed a number of needs within our community.”

Following remarks from President Blanchard and Mayor Turner, attendees heard from the interns themselves. Clarissa Chavez, Michelle Duvall, George Farhat, Anayansi Rendon, Linda DiFronzo, Ebuka Ezike and Fahimul Karim delivered presentations that showcased their work for the city and the skills gained during these summer internships.

Junior Finance major Clarissa Chavez offered a glimpse into her experience working with the Mayor’s Office for People with Disabilities. She said the experience enhanced her technical and soft skills and helped her further recognize the importance of diversity and inclusivity.

“Serving as an advocate for Houstonians with disabilities helped me see things from a new perspective,” she said. “It’s definitely something I will take with me for future jobs and for the rest of my life.”

The knowledge gained from overseeing the city’s TikTok account will support her efforts as a student leader, she said.

“SGA has launched its first TikTok account,” she said. “I am taking the skills I learned from my internship and applying them to our communications efforts, so we can make students more aware of the different services offered on campus.”

The seeds for the City of Houston Mayor’s Summer Internship Program were planted following a Memorandum of Understanding signed in March by Mayor Turner and then-Interim UHD President Dr. Antonio D. Tillis.

As a direct result of this program, two student participants—George Fahrat and Fahimul Karim—have earned full-time positions with the City of Houston.

Students in the Spotlight During Mayor’s Internship Program Luncheon