Two lucky and talented UHD fine arts students were recently cast to play Marines in the upcoming production of the military courtroom drama, 'A Few Good Men,' at the Alley Theatre.

"A few hours after we read, we received an email saying, 'Congratulations! You've been cast in 'A Few Good Men.'' Shortly after that, we received our contracts, scripts and were fitted for costumes. It's amazing," said Olson. "The contracts make us feel legit!"

The young men will rehearse Tuesdays through Sundays beginning Feb. 5 until the show opens March 6. They'll attend classes during the day, rehearsals at night and try to squeeze in homework, regular work and a respectable amount of sleep when they can.

"It doesn't matter how all of these things come together," Olson said. "We got cast!"

Marcellous said, "This is the whole reason we're taking these acting classes in the first place. Having a contract and being cast in a production at the Alley was always the dream. And now, we're so far ahead of the curve of our peers at other institutions."

While the idea of acting alongside Rainey, cast as Judge Randolph, might be daunting, both guys agree that sharing the stage with seasoned actors will be exciting and educational.

"We'll be on stage with professional actors and that alone will make this whole experience worth it," Marcellous said.

And according to Olson, having three people from UHD on the same stage of one of Houston's most prestigious theatres is impressive and really cool.

Olson came to UHD in 2011 after serving for four years in the U.S. Marine Corps. He got involved in the theater program shortly after enrolling in the University and his love of acting and his skills have grown since then, as evident by his rise from background actor to a contracted actor in an Alley production.

Marcellous began acting during middle school and says being on stage came naturally to him. He chose to attend UHD because of its proximity to Houston's vibrant theatre scene. He said that during high school, he wrote himself a letter citing 'acting at the Alley' as one of his future goals - one he can now check off his list.

For more information on the Alley Theatre's production of 'A Few Good Men," visit their website here. Be sure to check out the show and watch our students live out their dreams on a grand stage! 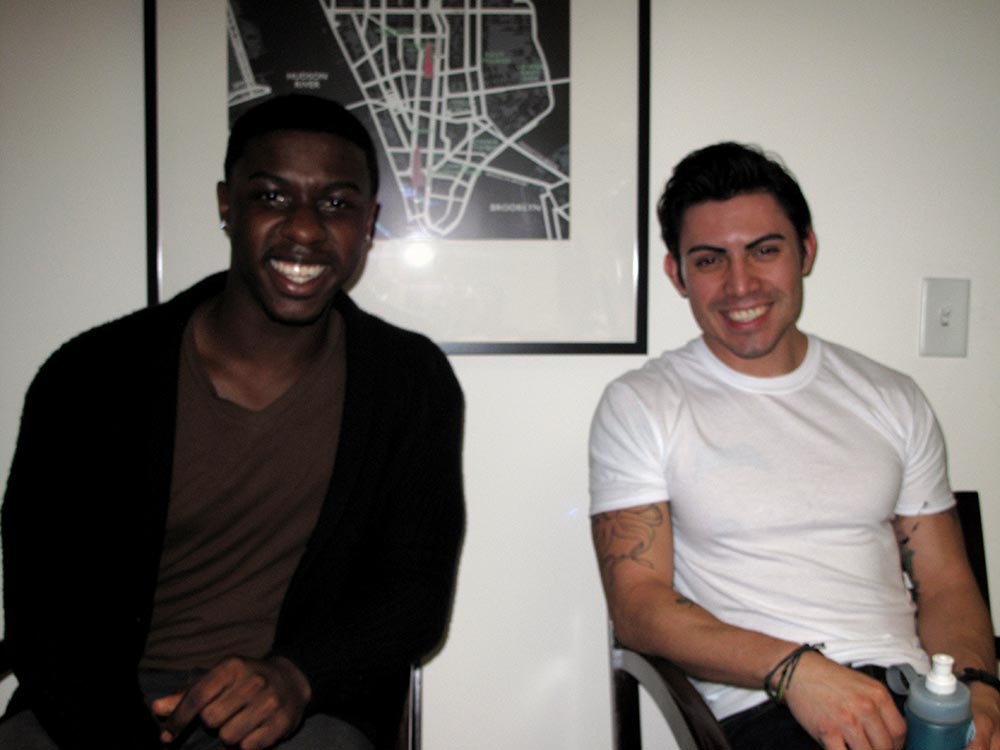 Fine arts students Tristien Marcellous, left, and Darnea Olson, right, were recently cast in a production of "A Few Good Men" at the Alley Theatre.