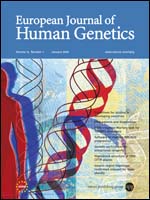 Iris Silva has been very busy lately. Between going to school, conducting research at the Baylor College of Medicine Molecular Core Lab and other responsibilities, she has found time to publish in scientific journals twice in one year.

Silva's complex research focuses on the FOXFI (the Forkhead box protein F1) gene and the role it plays in alveolar capillary dysplasia (ACD), a rare and fatal genetic disorder that affects the development of capillaries in the lungs. While the specific characteristics of the FOXFI gene are not known, it does play a role in the regulation of pulmonary genes, as well as embryonic development.

Silva worked within a team of researchers and their findings were published in two journals, The European Journal of Human Genetics in Sept. 2012 and the Human Mutations Journal in April 2013.

"Iris came to UHD and the Scholars Academy as a community college transfer student. Having had her in class, I witnessed tremendous dedication to task, focused mission to pursue not only a degree, but academic excellence, and a joy of learning. Iris has a natural level of leadership within group settings, but also the capacity to help others grow through her leadership, a rare quality for many undergraduates. She was selected as an SA Peer Mentor based on all the attributes identified here. She is a kind and exceptionally courteous young woman who will make her goal of medical school a reality in the near future," said Mary Jo Parker, director of the Scholars Academy.

Congratulations to Iris for this outstanding achievement!