Student Profile: Brian Taylor Has the Gift of Gab 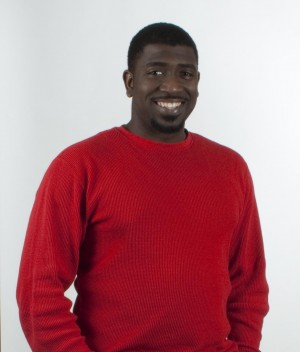 Senior Communications major Brian Taylor is a very busy man. In addition to carrying a full course load, he works on campus in the UHD food court and also holds a coveted internship with SportsRadio 610 AM, a sports talk radio station.

Taylor's internship work is an intriguing mix of glamor and grunt work, and because it's in a high-profile industry he has encountered a few misconceptions. "Some people assumed I would be calling Texans' games on TV," he recalled with a smile. And while there are great perks to working in media, including free tickets to many exclusive events, the benefit that Brian considers most valuable is his proximity to mentors. Taylor said the guidance and constructive criticism from professionals who have already achieved success in their respective fields is amazing. In fact, one broadcaster asked for a copy of his work to review with him - an opportunity available to perhaps a handful of college students in the country.

When asked how he became interested in sports as a career path, he gives credit to two very special family members. "My mom gave me the gift of gab and my grandfather took me to sporting events in Houston to establish a common bond," he said. That exposure led him to compete as an athlete, which later prompted him to pursue an interest in doing play-by-play for local high school football games. He enjoyed that work so much that he decided to study broadcast media in college, but first he had to decide on the right school.

"I chose UHD because the central location allowed me to take care of my personal, professional and academic responsibilities," he said. Once he was here, he found a supportive, challenging environment that he thrived in. Taylor said he feels that UHD played a big part in him landing his dream job; a fellow student put him in contact with the radio station and his instructors instilled in him the value of professionalism and hard work. Taylor plans on working in sports radio after graduation and looks forward to assisting other UHD alums along the way.

Student Profile: Brian Taylor Has the Gift of Gab