This weekend, University of Houston-Downtown (UHD) senior James Blake, 55, will cross the commencement stage in a power wheelchair at Minute Maid Park to accept his diploma - after powering through a debilitating stroke to realize his academic dream.

In 2007 at age 47, Blake, a 20-year veteran of the U.S. Air Force and interdisciplinary studies major, was completing training to become an X-ray technician in hopes of launching a second career in patient care. As an older student returning to school, he expected to face challenges along the way; what he didn't expect was to experience a life-changing stroke that turned him into a patient, himself.

"So many people feel that they are invincible and bullet proof," said Blake. "Despite a diagnosis of high blood pressure and a several-pack-a-day smoking habit, I made the mistake of believing that strokes only affected older people. I learned the hard way that I need to put my health first."

Blake was home alone when his stroke occurred, which left him paralyzed on his right side and unable to reach the telephone. His brother, with whom he lived, returned home after work, found his brother and called for an ambulance, hours after Blake's stroke. In total, he spent nearly three months in the hospital and a rehabilitation facility before returning home.

"Attitude is everything in life," said Blake. "I've always been a glass-half-full person. Following the stroke, I was very depressed for a couple of days, but then I got over myself and got on with life. I also met my wife, Julia, one month after I returned home from the hospital and her optimism is a wonderful gift for me."

Unable to care for patients as an X-ray technician following the stroke, Blake enrolled in a few classes at UHD to test his mental acuity. He notes that returning to school was a terrifying step, but "once it became apparent what I could do, I just took off," eventually earning a bachelor's degree with honors.

"James is a remarkable individual, student and inspiration for anyone who refuses to let fear stand in the way of their dreams," said Chris Birchak, Ph.D., dean of University College at UHD. "He is a role model for his fellow students and professors and will leave a legacy in his wake."

Despite some substantial residual symptoms - Blake never took a page of notes throughout his four-year tenure at UHD because he cannot move his right arm - he refused to let his disability hinder his goals. While traveling to and from campus on METRO Lift for a one-hour lecture can turn into a five-hour excursion, he insists that life is all about perspective.

"I encourage everyone to focus on the things you can do, rather than those things you cannot do," he said. "I refuse to see myself as handicapped and encourage others in my situation to have the same outlook. Stroke can affect people in different ways, but for people like me with a positive attitude, the sky is the limit."

In addition to completing his degree, Blake currently is writing a book chronicling his stroke journey as an inspiration for other stroke survivors.

As for his goals following commencement on Sunday, Dec. 15, he notes, "My future is entirely up to me. Whatever I decide to do is exactly what I will do - and I know I'll find success regardless of the direction I take." 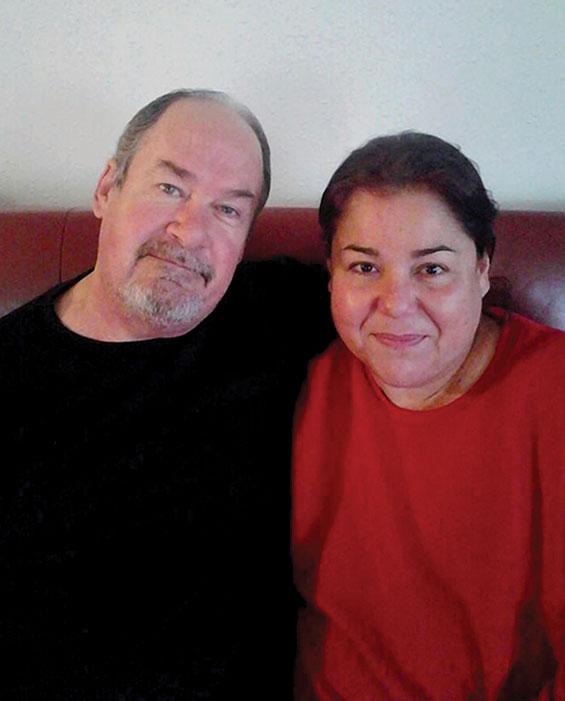