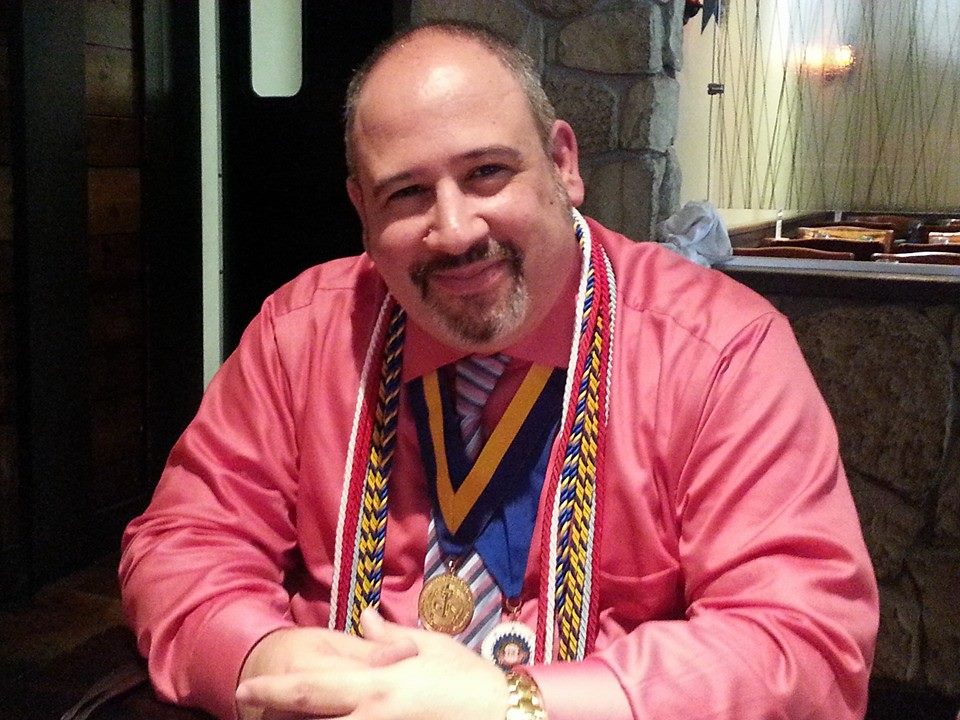 Krinsky, who received a B.A. in History last year and is currently studying English with a film concentration, came to UHD in pursuit of a business degree, but career counseling and faculty mentorship led him on a different path.

After working for 10 years as a police officer and another eight years in project management, Krinsky decided to shift gears and pursue higher education.

Krinsky stated his mission during an advising session at UHD's Career Development Center, when an advisor challenged him to think beyond his preconceived notions about college.

"The counselor stressed the importance of having a goal and pursuing a career I could be passionate about. She asked me what my interests were. I'd always been fascinated by history, so I started there."

As part of the history degree plan, Krinsky was required to take a literature and composition course with English chair Sandra Dahlberg.

"I wasn't looking forward to it at all," Krinsky said. "I never considered myself a good writer."

Dahlberg thought differently. She recognized Krinsky's talent and encouraged him to explore writing outside the classroom, urging the self-proclaimed film buff to try out film analysis with the help of UHD's resident film expert, Chuck Jackson.

"Dr. Jackson taught me essentially everything I needed to know to write about film. In his film studies courses, he teaches the language of cinema, how to analyze it and how to talk about it."

Equipped with this knowledge, Krinsky began writing about movies on his free time, and a friend who worked at popular entertainment magazine Influx, introduced him to an editor. He eventually began as a contributing writer, and worked his way up to lead writer within four months.

"As a historian, I love that back-story - seeing the truth behind how these films came to be," Krinsky said. "When I'm watching older films, I ask myself 'what was happening in the world at the time that inspired the filmmaker? How might that have affected its reception by viewers?'"

After graduation, Krinsky plans to get some experience in the filmmaking industry, possibly as a screenwriter or script supervisor.

"I think it's important to get your hands dirty with the actual business of movie-making," he said. "That experience is the difference between a reviewer and a critic. Reviewers talk about films with no knowledge of what it takes to make one. Critics are respected for their credibility because they know the ins and outs."