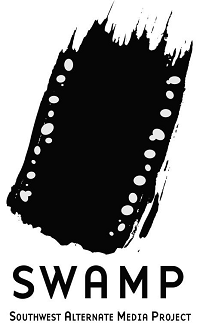 A UHD student recently received a scholarship to attend a creative workshop with SWAMP, Southwest Alternative Media Project, a non-profit organization that promotes the creation and appreciation of film, video, and new media through education, information and presentation activities for all ages as art forms of a multicultural community.

Martin Hansen, a senior interdisciplinary studies major and film studies minor, was invited to attend the workshop "An Introduction to Creative Work in Television" with Emmy® nominated and Academy Award® winning director Peter Werner, where he was expected to give a simple overview of the industry, provide an understanding of the basics of behind-the-scenes workings of a production, share professional insights into directing episodic television, and lead simple exercises in blocking actors and storyboarding, while inspiring those wanting to adapt their artistic vision to television's creative format.

According to Hansen, the seminar was broken into three parts. "During the first part, Peter gave a little history about himself and how he made it to where he is now. The second and third sections were dedicated to answering questions from the audience and engaging us in interactive exercises that involve everyday problems a working director might encounter," he said.

"These included looking at real audition tapes and having us decide who we would pick. After the exercise, Peter showed us which actor was hired and why they were chosen. Another exercise involved getting a script from a real TV show and blocking the action from several scenes in different locations. Peter asked us to decide what choices we make and why. Again he showed us the actual aired scene and then explained why it was shot that way. Needless to say the experience and the information gathered at this seminar will come in very handy where I'll be heading."

Upon graduating in May, Hansen plans to spend a year working on his audio/video portfolio by becoming involved with local film projects. He also plans to apply and prepare for admission to New York University in the fall 2015 semester, where he plans to earn an MBA and MFA in Film Making.

Associate Professor Chuck Jackson said, "Nominees [for the scholarship] had to be high-performing, currently enrolled students in a film studies program. I immediately thought of Martin Hansen who is enrolled in my film theory course. He not only has a background in video and film making, but also has an excellent grasp on the creative and intellectual stakes of thinking about how we think about film. He won the scholarship and I'm very proud of him."