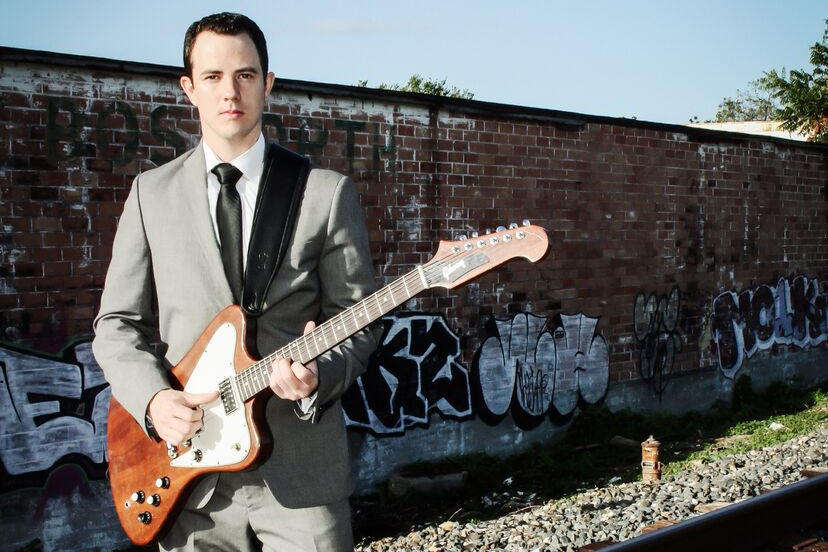 Ask any blues guitarist about musical influences, and he or she will likely respond with a four-letter word - Jimi.

Jimi Hendrix had a brief career, but he still continues to inspire guitarists around the world, including Houston's very own Sparky Parker.

"I picked up the guitar when I was 13," Parker said. "I was listening to a lot of classic rock albums, hand-me-downs from my father. He had stuff from Led Zeppelin, Thin Lizzy, Robin Trower, and other bands. I eventually discovered Jimi Hendrix and took it from there."

Parker is one of the featured artists at the University of Houston-Downtown's (UHD) Thursday Night Concert Series at Discovery Green. Parker takes the Anheuser Busch Stage at 7 p.m., July 13, followed by rockabilly legend Rosie Flores. This concert was rescheduled from its original June 22 date due to Tropical Storm Cindy.

Parker has been making the rounds on Houston's music scene for more than a decade. The local bluesman frequents haunts like The Big Easy, Shakespeare Pub and Dan Electro's Guitar Bar—the club that gave him his start.

"I was about 17 when I played my first show there," he said. "I was playing with my high school buddies in a band called The Rising. That was the start of playing live, original music."

Parker's tight riffs and explosive solos mesh with original lyrics to create contemporary blues that will appeal to music fans from all generations. According to the Parker, audiences should expect a blend of rock, soul and blues. His "Live in Houston" album captures the guitarist in his element alongside drummer Kevin Berry and Larry Evans.

"It's all guitar-based music," Parker said. "But it's fun, good time music."

Parker has performed with Texas legend Johnny Winter and guitar wizard Bernard Allison, and tours frequently backing diva Diunna Greenleaf. Regardless of who he performs with, Parker loves to play in Houston.

"The city has a lot of great blues venues that attract loyal fans and very good bands," he said. "Anytime we play in Houston, we're guaranteed a good audience—people who enjoy the blues will get up, dance and have a good time."