UHD senior Christine Siner was awarded the 2015 Women Professionals in Government (WPG) organization's Beverly Kaufman Scholarship. Beverly Kaufman, after whom the award is named, served 35 years in public service in Harris County, including 17 years as the Harris County Clerk.

The $2000 scholarship is underwritten by the Peter & Theresa Chang Foundation and by Ms. Kaufman herself. The scholarship and a complimentary one-year membership to WPG is awarded to a female applicant currently pursuing studies at either the University of Houston, UH-Clear Lake, UHD or UH-Victoria, preparing for a public servant career, or furthering her education to enhance her existing public administration position.

Siner is currently pursuing a bachelor's degree in social work from the University of Houston-Downtown. She will graduate in May 2015. She plans to pursue a Master of Social Work degree with a focus in practice in a macro setting. Siner hopes to promote social justice, and to impact people who are vulnerable and living in poverty through advocacy, policy development, and political action. 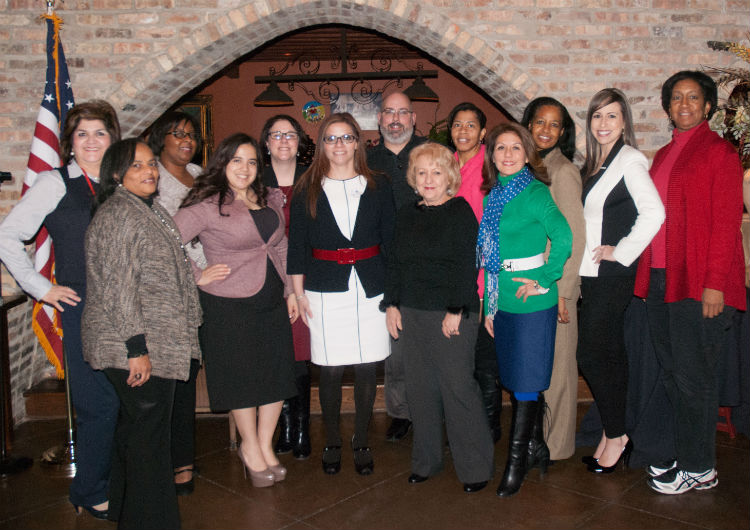 Siner (center, in white) poses with Women Professionals in Government members at the December scholarship luncheon in her honor.