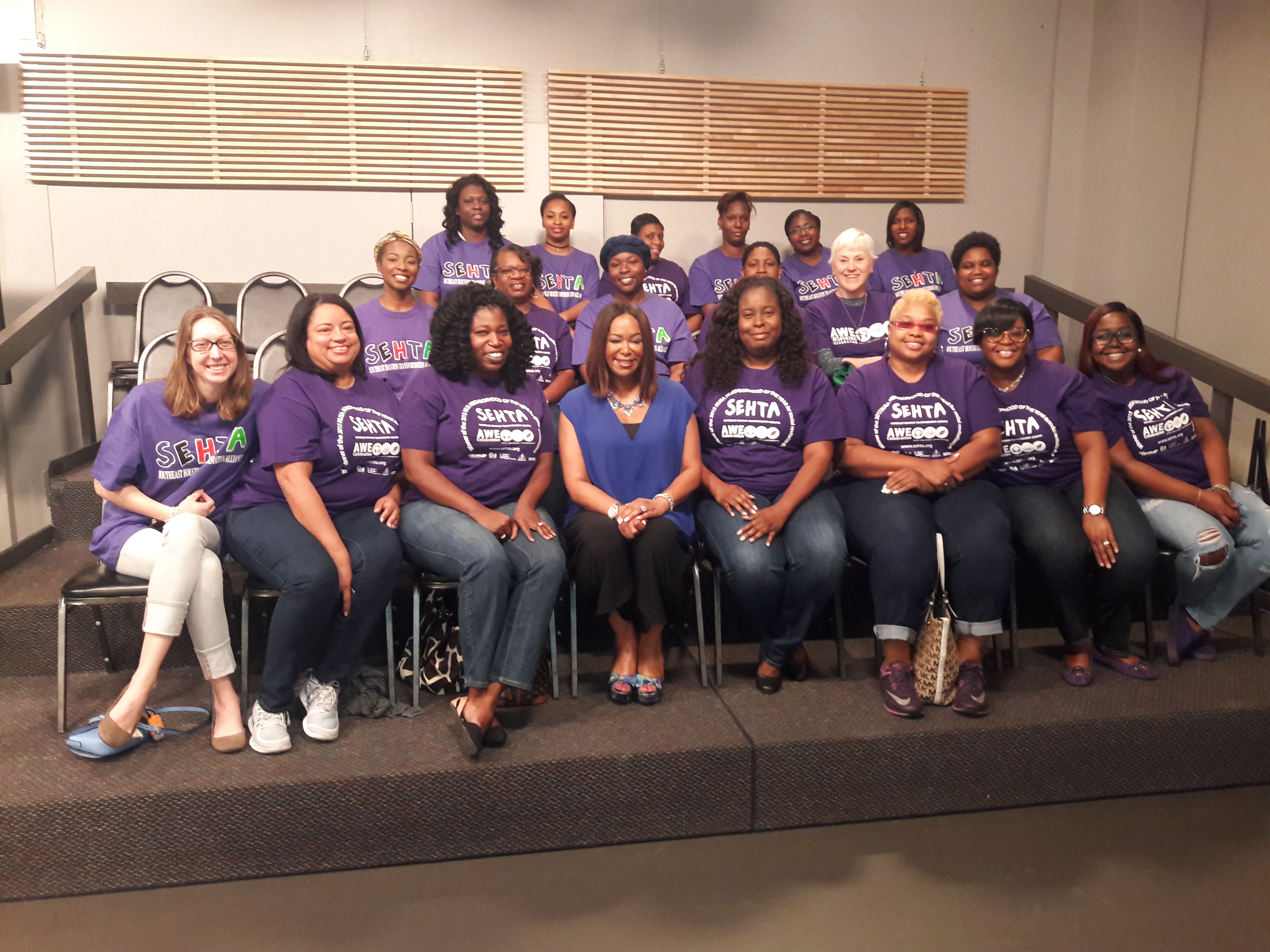 Ava Carter grew up in the Old Spanish Trail (OST) /South Union area of Houston. She admits that the neighborhood is need of repair and that she's seen many friends leave the area. Regardless, this community is her home, and she would rather lend a hand to improving it rather than leave.

Carter, a University of Houston-Downtown social work student, is so invested in her community that she regularly volunteers with Neighborhood Recovery Community Development Corporation (NRCDC) to help rebuild this area of Houston. For the past four years, she's led an annual community clean-up in which volunteers help pick up trash on the streets and sidewalks. This Saturday, Carter will again spend an afternoon to beautifying the neighborhood she loves. Joining her will be several UHD social work classmates.

The annual OST/South Union Community Clean-Up will run from 8:30 a.m. to noon on Saturday, April 8. Volunteers will be provided with road vests, gloves, trash bags and other tools. They can report to any of the following locations to participate:

"The trash on the ground is an environmental problem," Carter said. "We talk about living healthier lives. Cleaning our communities is part of that. If there is trash around, there is lingering bacteria … which may become airborne. It's a health hazard. And you want your neighborhood to look nice. It's important to have pride in your community."

Carter is now earning academic credit as an intern for NRCDC and pleased to continue her service to the city and this community. She said that she plans to contribute to this annual clean-up and other initiatives to rebuild OST/South Union.

"So many of the people that I grew up with have moved to other areas of Houston," she said. "They said they were moving because they didn't like the direction of the neighborhood. You can't complain if you're not ready to do something about it."

Carter said she enrolled in college at a later age. She began her studies at Houston Community College and looked at other universities before discovering UHD. The smaller classes and College of Public Service attracted her to the University. This May, she is set to graduate.

Carter and fellow social work students recently visited KHOU Ch. 11 to promote the clean-up event on "Great Day Houston." Visiting the studios and meeting the show's host Deborah Duncan was among the highlights of her time at UHD. She hopes that her efforts in OST / South Union will inspire other Houstonians to contribute time and energy to their communities as well. According to Carter, taking action is the best solution for a community's problems.

"I don't want to just talk the talk. I want to walk the walk, and live where I grew up," she said. "I want to make it better for my children and their children too."

To volunteer for the OST/South Union Community Clean-Up or for more details, contact Carter at ava123ava32@gmail.com.