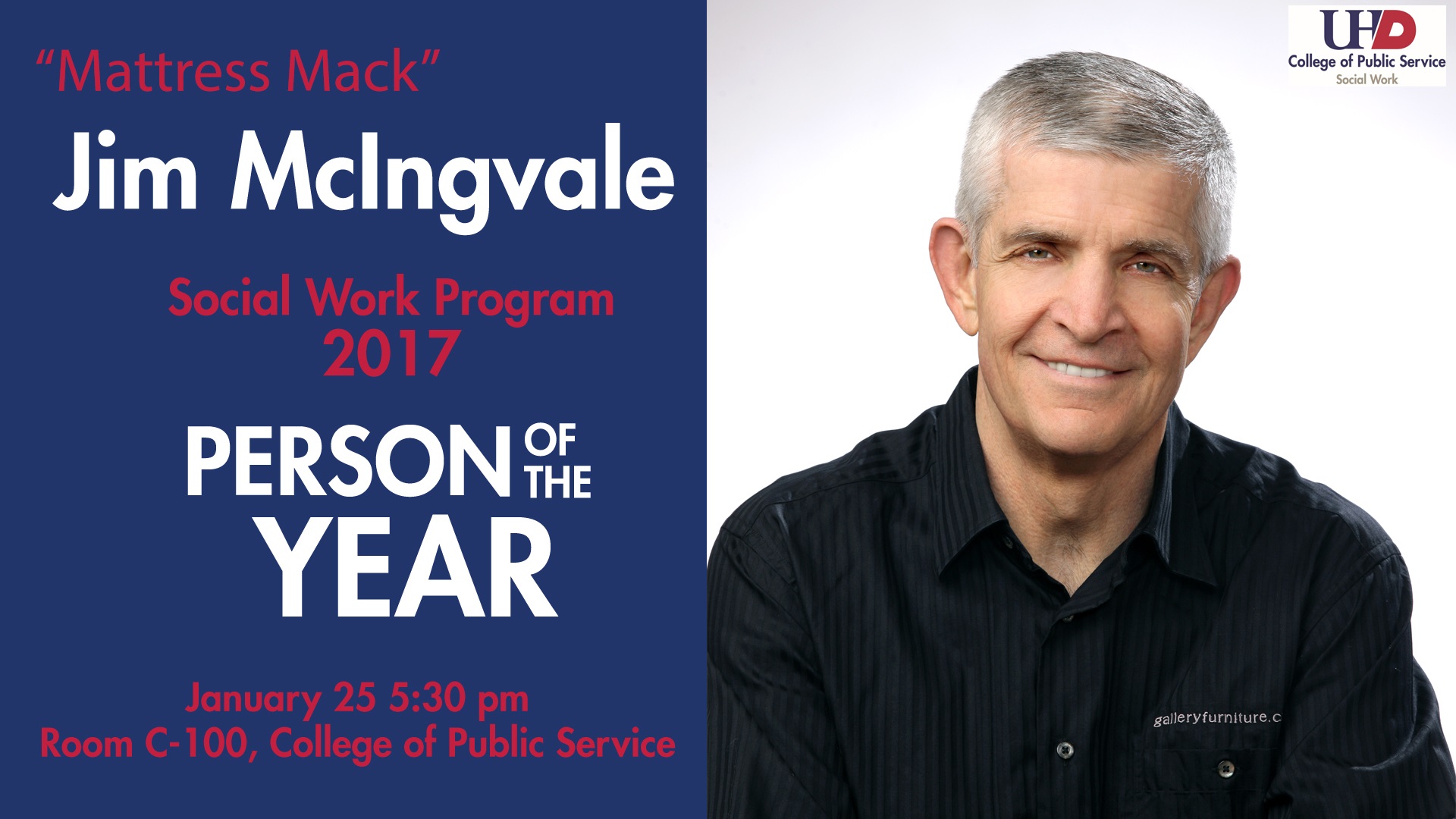 Houston had many heroes in 2017, particularly as community members struggled to recover from Harvey. Among those who selflessly provided support, resources and assistance was longtime Houstonian and Gallery Furniture owner Jim McIngvale—better known as "Mattress Mack."

For his tremendous efforts in helping Houston residents get back in their feet following Harvey, he will be recognized by the University of Houston-Downtown (UHD) Bachelor of Social Work (BSW) Program as its Person of the Year on Jan. 25 at 5:30 p.m. in Room C-100 of UHD's Commerce Street Building.

"He elevated compassion and caring at a time of fear and despair for so many. He has clearly been a beacon of light through this storm," said Dr. Dawn McCarty, director of the UHD BSW Program.

During Harvey, McIngvale transformed two of his giant furniture stores into shelters for community members displaced by flood waters and contributed moving trucks to local rescue efforts. He too was a victim of the devastating storm that rocked the Texas Gulf Coast and waded through three feet of water in his home. Within days of the storm's arrival, McIngvale set up a GoFundMe page which has raised over $100 thousand (and counting) to assist four Houston area charities providing Harvey relief services. The local celebrity also rewarded first responders with a trip to the World Series among countless other acts of generosity.

This is the seventh year that UHD's BSW Program has recognized Houstonians who have gone above and beyond the call of duty to help those in need. Previous recipients of this honor include Mayor Sylvester Turner; David Buck, founder of Healthcare for the Homeless-Houston; Adrian Garcia, former Harris County Sheriff; Angela Blanchard, CEO of Neighborhood Centers Inc., and Lisa Falkenberg, Houston Chronicle columnist and 2015 Pulitzer Prize winner.

UHD's BSW program prepares students for professional careers as social workers through classroom and field-based curriculum. Students learn to serve different populations (adolescents, the elderly, families and others) while refining their research skills. Likewise, BSW students gain an understanding of contemporary urban and social issues affecting communities in Houston and across the nation.