SGA president John Locke served as emcee and told his personal enrollment story, advocating for the importance and affordability of the available plans, particularly for college students.

The event is one of many throughout the nation planned in conjunction with the Get Covered campaign, an effort to encourage youth enrollment in the health insurance marketplace. "The idea was to provide information about health coverage in a fun atmosphere that encouraged young people to come by, stay, and hang out," said Erin Hemlin, national organizing and programs manager of Young Invincibles.

The 2015 enrollment deadline is Feb. 15. For more information, visit the Health Insurance Marketplace. 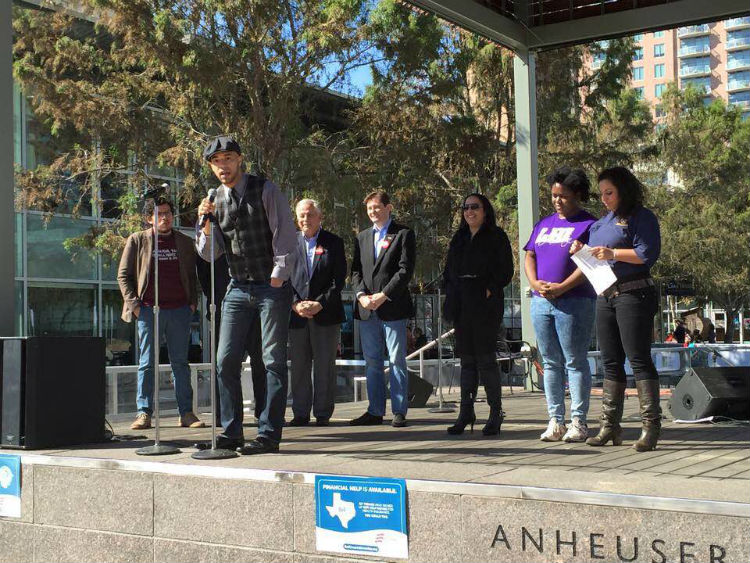